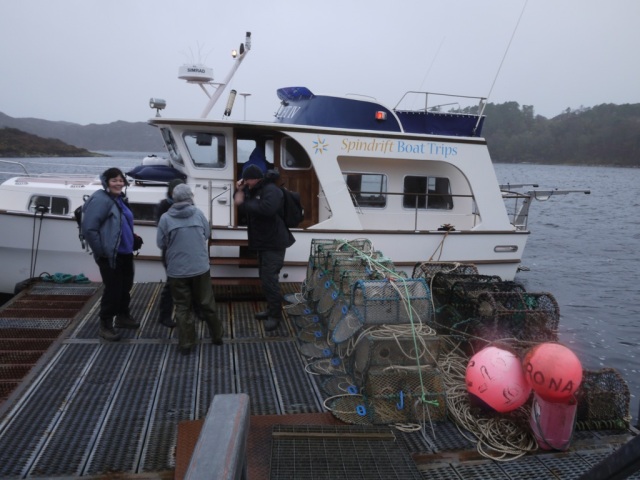 That will be Monday morning, grey, wet, windy and the promise of even more bad weather. However,  it was good to see Val back on Rona after 6? years absence. It is Val’s favourite place and she had written a short story for a competition on the BBC Scotland ‘Out of Doors’ programme. As one of the winners she was treated to a visit to Rona by the presenter, Mark Stephen and his producer, Helen Needham. The plan was to interview Val on Rona and get the feel of the Island. They certainly got the November  ‘atmospheric’  feel landing on our pontoon.

The weather was very mixed, quite wet and windy so we had a chat in the Lodge and  just before lunch they took of to the cottages at Dry harbour.

We got on with our day and left them to it. The end of season jobs on the list are getting done but with the wet weather it is mostly inside stuff. I need to cut firewood but only when the rain stops, let’s hope that is soon.

The afternoon was passing quickly and I had forgotten about the Beeb’ when they appeared in the shed with a mic’ and recorder. Mark was interested in Rona and what we were doing but after two hours I bet he wished he’d never asked!!!!

We had a really good blether  about land, housing, employment, deer, yachties, everything and of course living on a remote Island. It was good to discuss, especially the windmill stats’, he was fascinated to hear we reduced our genny running by 80%, a great saving. 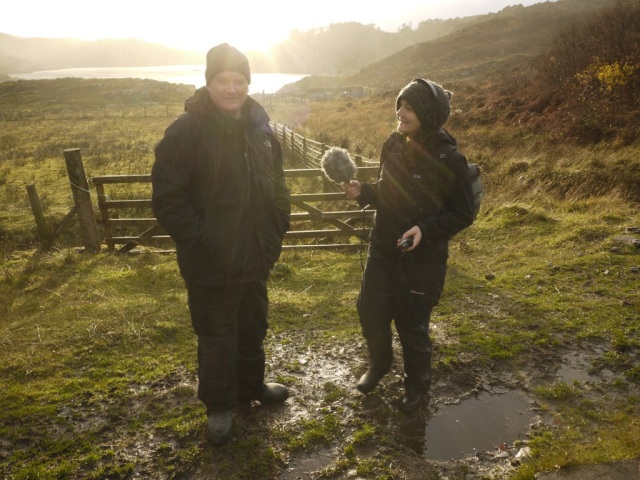 We were invited over to their cottage for a dram later so we enjoyed a couple of hours in good company.

To-day it was flat calm, still grey but dry,  not what the BBC weather had forecast. Kevin and Pam arrived around 10 and the guys arrived ready for their trip off. The Spindrift’s engine problems seem to have sorted itself out, fingers crossed. 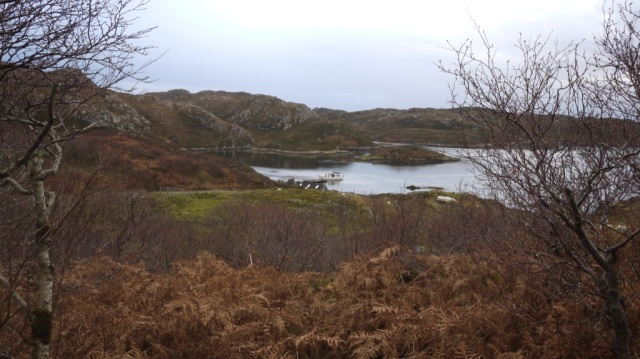 The programme  will be out at Xmas time.

The rain arrived shortly after the boat left but fortunately it did not last like we were promised, in fact it was quite a good day. Our visitors in the Escape house were over looking for some stores (mostly wine) and they were enjoying Rona even in the rain.

The rest of the day I finished off the wiring for lights in the new ‘shed’. It looked quite good in the last light. 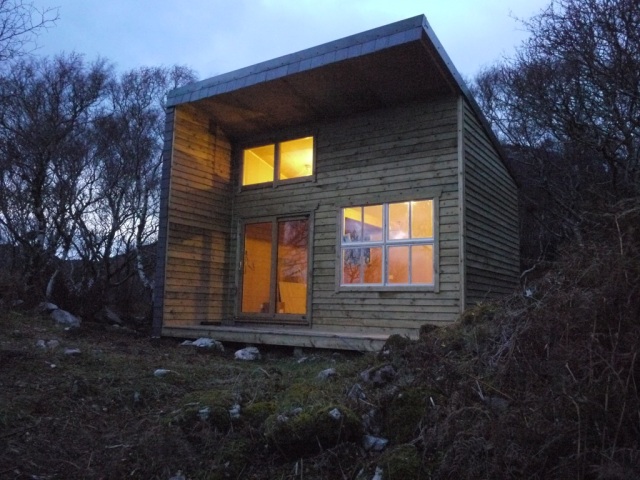 The Lights are on.