What about the Weather

Looks like we are sliding into the winter work with ease, enjoying the quiet time but not so quiet weather. To-day (Sunday18th) we had some lovely spells of sunshine but always the threat of showers, during one of the sunny spells we had a visitor. 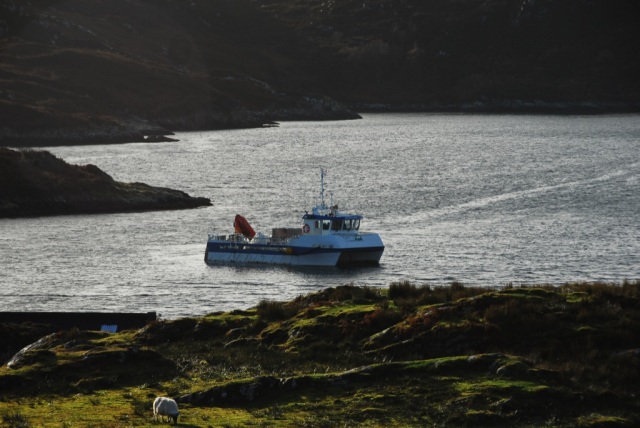 Norman Finlayson popped in on his way to a fish farm in Loch Seaforth. I hadn’t seen Norman for a while but he had been calling us on the VHF on his many passages but had had no reply. To-day he decided to find out why. Our VHF is broken, since 6 months must get it sorted.

His last visit was in the Kyle yacht club race to Rona, one he wont forget!! It was good to catch up but the wind was getting up so he set of with his mate. He would have had a good blow across the Minch. I’d often seen the ‘Bradan Mhor’ at a distance passing but it was good to see it close up, a formidable piece of kit, made in Estonia he told me and costing a serious amount of money. 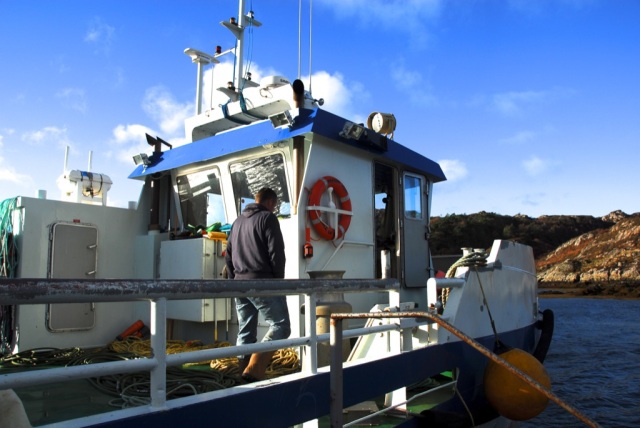 The rest of the day was interspersed with heavy showers and a walk over to Dry Harbour was no different but it was good to get out. The weather has been difficult for outdoor work this week but the bonus has been the clouds. 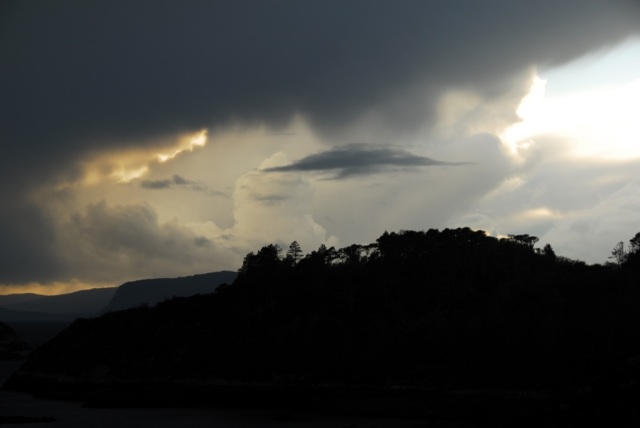 The light on the clouds has been quite spectacular and difficult to photograph but generally it has been 50 shades of grey. Even out of the chalet windows, now finally puttied up. Fingers crossed for a dry window cill. 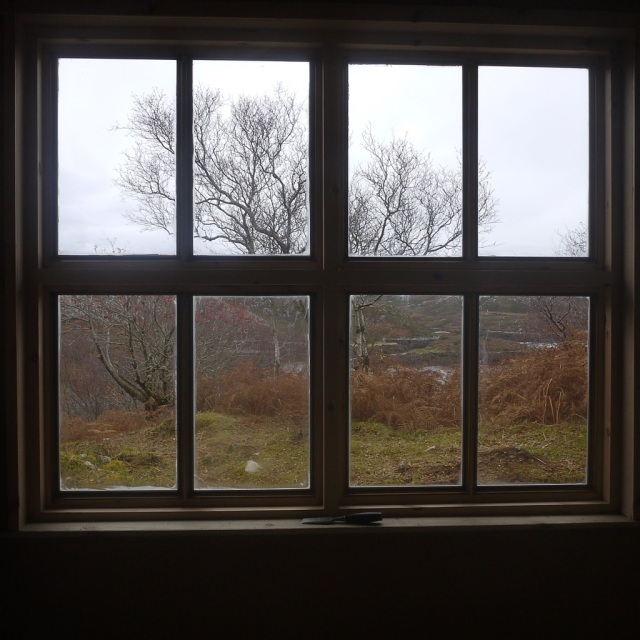 On Friday I had an email from our kayaking adviser Loz, he lives in Cumbria. He was here when we were in Denmark and was touching base. He reminded me of the day they came to Rona in October and it had blown up pretty bad. This was the scene that greeted them when they got to the ford on the Island  Fladda down at Raasay.

I think they had a few attempts crossing the ford but ‘wisely’ gave up. They hadn’t arrived by their ETA so I was getting jumpy. Just as I was wondering what to do the Coastgaurd helicopter flew over. So I called the Stornoway Coastgaurd but was told the helo’ was on an exercise. But they would be happy to have a look for our kayakers. 15 minutes later they found them paddling around Fladda. Loz and Sarah got quite a surprise but it was good to know they were safe. They also said it was very exciting having a helo’ hover and ‘James Bond’ dropping out of it!!

Now for tomorrow, Kevin’s boat has a wee blip which is driving him mad but I’m sure he will get to the bottom of it. It is not stopping him running though. The forecast looks worrying  but there may be a gap in the middle of this deep low. We have BBC Scotland coming tomorrow, so fingers crossed.