The Sun is Still Shining, Time for Fishing.

Ok that last post looks like it works and it was pretty simple (thank goodness). No worries on the computer front for a while. Panic over.

We are just the same as everyone else (The Rona Wave). If the internet goes down everything grinds to a halt then you think about it and get on with ‘normal’ things.

Last weekend, we had a busy time with yacht visitors and we were still getting the houses together after our Danish cousins visit. On Saturday evening I stopped counting after 10 yachts had come into the harbour and of course Sunday was very busy at the back door.

These Norwegian ladies were very keen to buy fresh lettuce and take home some Rona Whisky. They also said Big Harbour was the best anchorage they had been in, which was nice to hear. They were heading home making there way north then over the North Sea to Oslo. 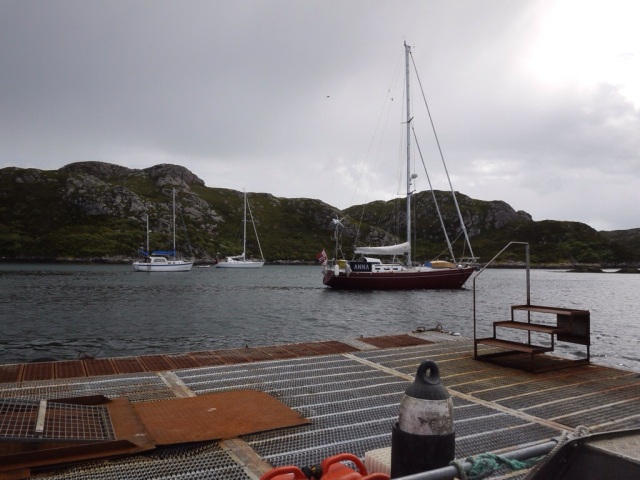 Yacht Anna looked a substantial boat for crossing an often wild sea. The weather Sunday had returned to normal with heavy showers and force 4/5 wind. Most of the yachts had left but a few decided to stay on and shelter. The sheep that had escaped out of the sea end on the outrun unexpectedly turned up at the door but then took cover under the table and in the doorway in front of the house.

We had kept the sheep in because it is just about time for shearing, my helper this year Ian Bennet had broken his wrist so the sheep were waiting but the word was they were not just quite ready, ‘not too much rise yet’. Calum has offered so next week!

We had to shut the gates to keep them in and I was pressing Lorraine to make a new sign for the top gate, I could not find the template for if but the camera would do. 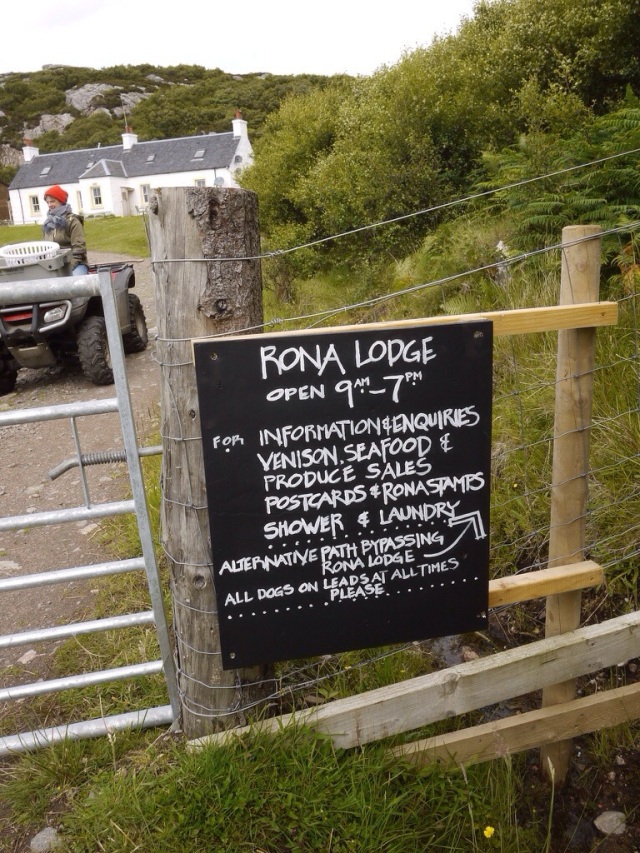 The produce is doing well, such a contrast to the depths of winter when there is just nothing doing, it always makes me wonder how people (all 198 of them) managed here back in the late 1800’s?

L has taken to a healthy breakfast drinking a kale and ginger smoothie!!! I’ll stick with the poached eggs. 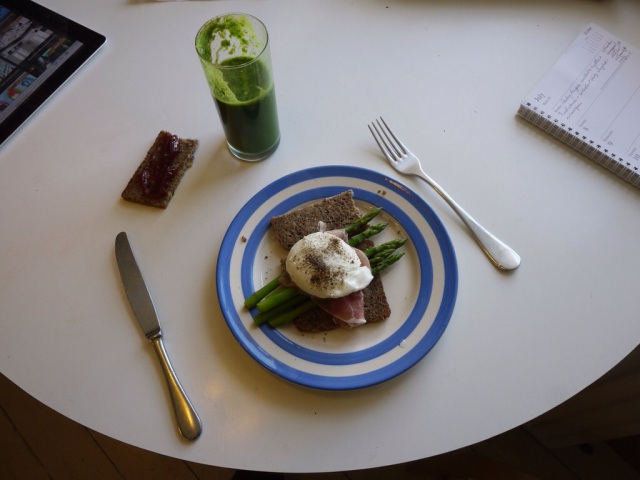 I had a taste just a bit too thin for me, might benefit from some gin in it! The forest has turned into a jungle this year and after thinking that this would not be a good year for mushrooms the rain arrived and the bounty has appeared, excellent.

That is about it for to-day, been interesting using the ipad, much easier. But I’m still feeling my way. We are off fishing with Fay and the kids (from the cottages, regular visitors) and hoping to catch some mackerel. We had ceviche when Adam was here and I’m keen to try that again. The weather is great. Flat calm and warm.