It has been Catamaran week last week,we usually see maybe 6 or 7 in a season, so far three in a week. The one on the left is from Brittany and when John Pierre the skipper came ashore we were talking about fishing and he offered to come out to help the next morning, he wanted to see how we lifted the creels. So, 7 am next morning we were off and had a lovely couple of hours picking up the creels and getting some seafood for the table.

Lots of squatties and a few crabs later (plus two Ling that were in the creels) we were heading back to the harbour and the crew were happy to get one of the Ling and the crab for tea.

When we were heading to Barcelona last November we were watching the French TV in Lille and that was about the time when the ‘Bonnet Rouge’ movement kicked off in the North of France so I was intrigued when John Pierre joined me with his ‘Red Bunnet’ on. We had a good chat about the fight against the EEC’s haulage tax and the French style of protesting.  Don’t know if he was protesting but he certainly had the bunnet. 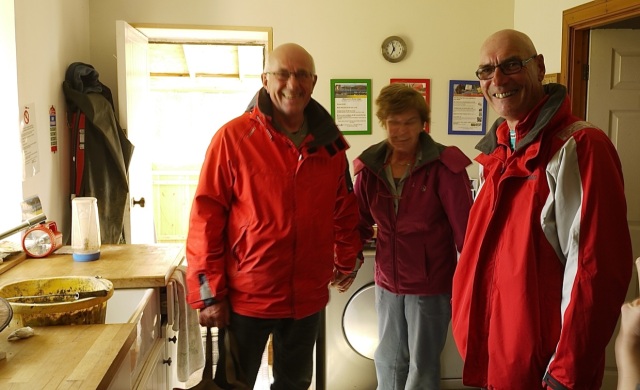 They came up to say ‘Au Revoir’ on Friday night and we had a good wine o’clock with them. It is always good to make new friends and we hope to see them visit us again on Catamaran ‘Schtroumf’ (‘Smurf’).

On Thursday last, Kenny and Gemma were over with guests on a Rona trip, they had Kenny’s son Magnus, his partner Paula and her family with them too. They were visiting from Spain and Paula’s family from Argentina. Rona is becoming a very international destination lately. It was good to see them as we missed Paula by hours last year when we were in Spain. She spotted the antlers in the shed and dropped a hint so I think the antlers are on their way back to Barcelona. 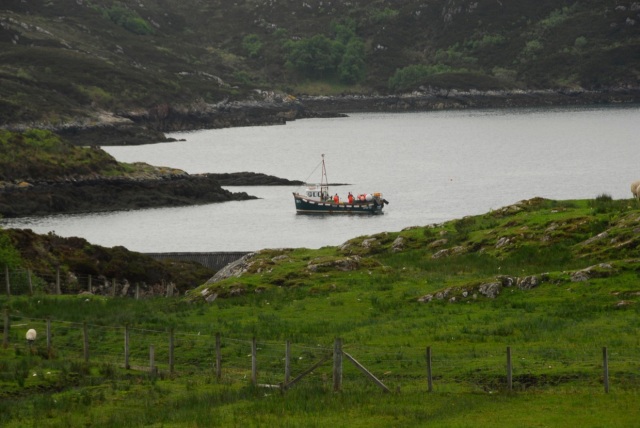 Running out of Space

Friday afternoon and we had a surprise visit in the bay by the ‘Green Isle’. There must be plenty crab out there in the harbourbecause it is a bit risky dropping creels where the yachts are anchoring, they have a habit of picking things up!!!!!

Saturday, we had a request from Stephen and Rob who were kayaking up from Raasay, they were looking for a night in the bunkhouse and ‘maybe’ we might be doing a supper club. Steve and Angela who had arrived on the ferry had been to the cottages last year and had missed last years supper club, so, we offered to cook up something. We are getting organised now so it is a lot easier but it was still a long day. Very enjoyable though with crab cakes, then a Rona bouillabaisse followed by Rona rhubarb and cake.

A late night followed and it was good to get to bed. Next day I woke up with a full cold, L said it was hay fever but it did not feel like it and by 5 o’clock I had run out of kleenex. All the rest of the day was good for was a movie up at the cabin and a wee whisky to help the ‘hay fever’. Sundays screening was ‘In Bruges’ we enjoyed it very much. 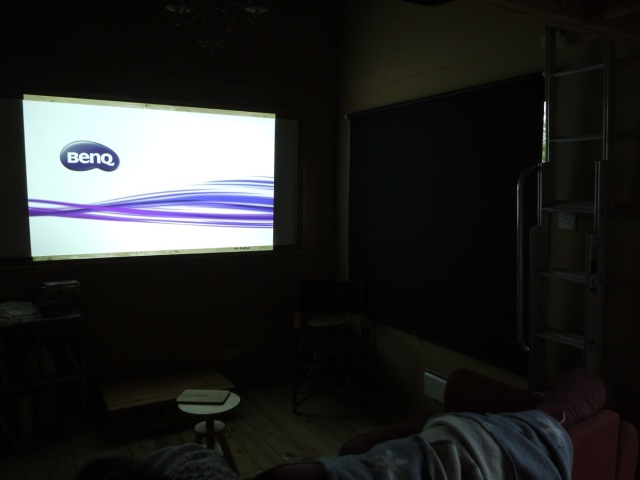 I had a good nights sleep after the toddy but I was still choked. Monday morning we had lots planned for the day,  but when I looked out the window at breakfast all the sheep were in the pen so I took advantage of the situation and ran down and shut all the gates. Rhona the vet had sent over some drugs on Saturday (Bravoxin) for the lambs so it was a good opportunity to get them dosed. The rest of the sheep were due their summer wormer so we got that out of the way too. 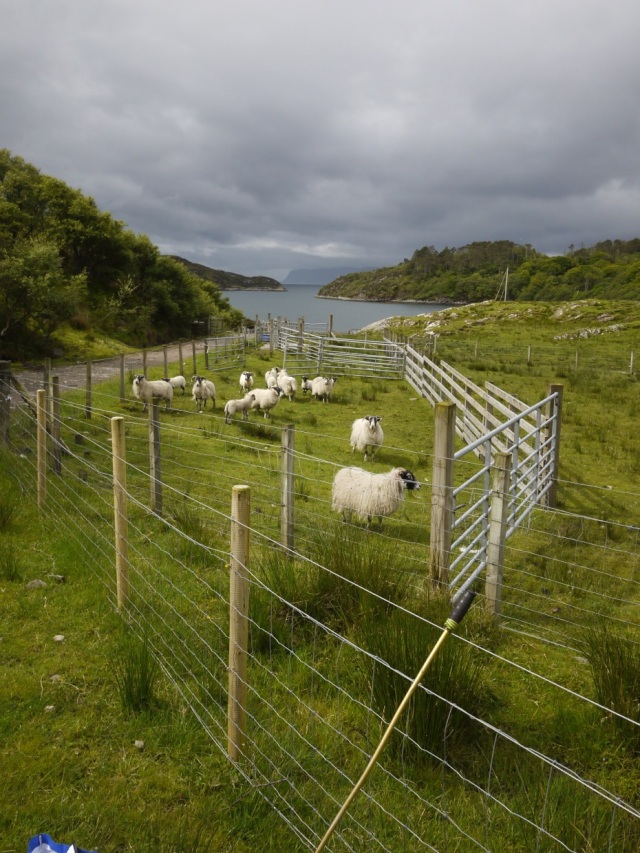 Our latest (last we hope) lamb had its splints removed, Hugh had reminded me that the fly might lay an egg or two down the splint (nice) so I took them of the day before and have to report a fully recovered, developed lamb which is always good.

It has been quite a good day after all,  the cold/flu/hayfever is still with us but I’m heading for another toddy.

The cuckoos were about to-day, I saw 6 of them 4 on the way over to Dry Harbour when I had to fix the cooker in Escape and fuel the generator. It has been a pretty mixed day but good you get the sheep done without any problems. Two yachts in tonight, another Frenchman but not on a Cat’, plus Vector 111 and a converted trawler hiding out in the outer bay.