The last of the catch up blogs! Starting way back on the 6th of May with a picture in the late evening of the Moon, Full Moon’s to-day all seem to have names, a bit like storms I guess. Back to the day job. Off to Portree on the 7th to get stores and fuel, still at a good price which was the easy bit, queuing at 7am at the door of the Co-op with a half a dozen other souls in search of an easy shop was weird but entertaining with the lady in front of me very scathing and angry with the news that the Portree Care home had an outbreak of Covid 19.

Not much about on this crossing to Portree, a few Puffins, Gannets and the usual suspects, nice to see a Great Northern Diver in the Bay at Acarseid Mhor when we were leaving. Last seen last week just off the pontoon when we were concreting down the track there.

The boat is now going well and the crossing takes barely 40 minutes, on a flat calm day even better. Landing in Portree at 6.30am. Quite a surreal experience, normally there is a buzz even at that time and now nothing. 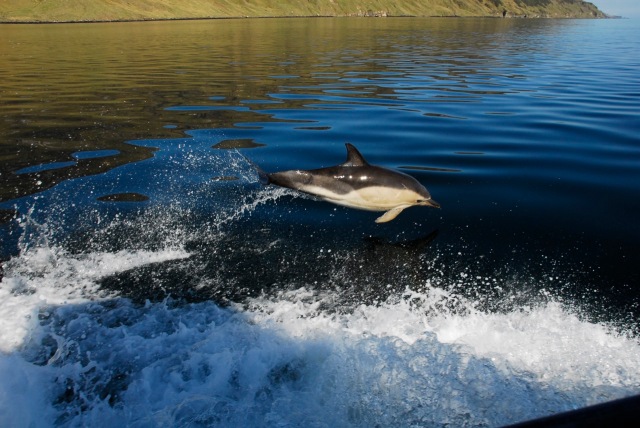 On the way home we had a visit from a small pod of Dolphins, they were fishing but some of them broke off for a look. Always uplifting to see them. 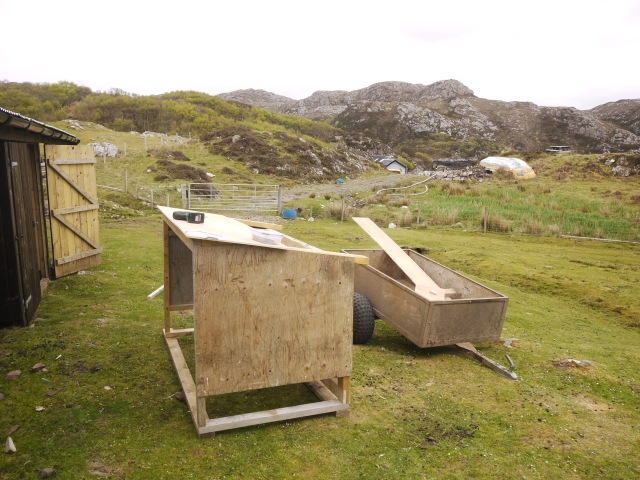 Back to the work. There was a comment came in from the blog on myself and my neighbour Paul ‘At the End of The Road’ in Arinish having a competition to see who does the most work. No competition just the way it is and if you live here it is one of the ways to enjoy the life, sadly work here takes over your life and the only way to escape it is to go away off the Island. This week we are all having ‘Down Time’, but not able to go off so we will see how that goes. We have been so busy with catching up that we have hardly taken a breath. So much so, we were getting tired (and stiff). By the way I see Paul is a bit lax on the blog like myself, just had a look, must be too much work!! ‘Life at the End of The Road’

We have more pet lambs than ever this year, with no grass, cold weather and the most ewes lambing ever it has been full on, 20 or 200 you still have to get up and go round them first thing or the predators/cliffs/bogs will get them.  I’ll save you the pictures of the remains of the two we lost to the Eagle (Sure it is a Golden rather than Sea!!), from this elevation you get a birds eye view of the Eagle passing the window just on darkness quartering the field/outrun. Thankfully he is finding food elsewhere (I hazard a guess at deer who have succumbed to the winter) and we have only lost two lambs. But with grass in short supply the Gimmers have given us problems. With a few cases of mastitis on the go this year too, it is no surprise to have to supplement the feeding and to have a twin lamb cast out. The smaller of the two above is  a gimmer’s lamb where she was not able to feed it. We nearly lost the gimmer in February to the tick. She was so badly infested it was touch and go but she has survived and in April produced this small lamb, he is coming on, growing well.

May 13th Snow on The Tops

On one of my early morning walks it was no surprise to see the hills all around with a covering of snow, it was so cold that day. Still no grass growing, still feeding the sheep with sheep nuts. 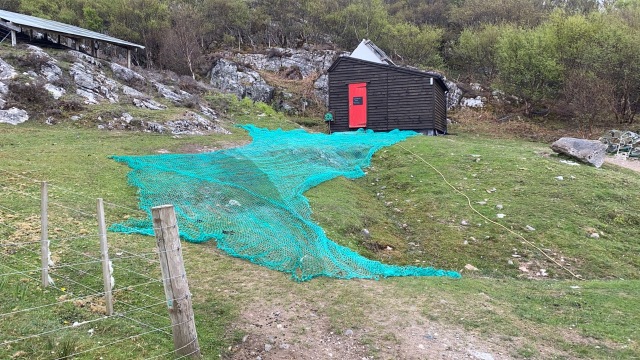 The Net Picked Up From the Shore.

The ‘Work’ goes on and tidying up the place we stretched out the net we found just on the shore up North, a fair length and I am told it is in fact a trawlers net rather than from the FishFarm. All the same better right out of the water, now what can I use that for?

Nothing lasts forever, this winter I was lucky to spot that the electricity was flickering, Something was Wrong! A check of the genny shed and checking the power input showed me a wavering needle on the amps input from the windmill. A quick look up there and I saw one of the springs hanging loose putting the whole thing out of balance. Thankfully I got it before it threw another and the whole thing shook itself to bits. On temporarily fixing it I was aware that the platform for servicing was rotting slowly away, here I was last week getting round to fixing it. If we get another year or two out of it we will be lucky. 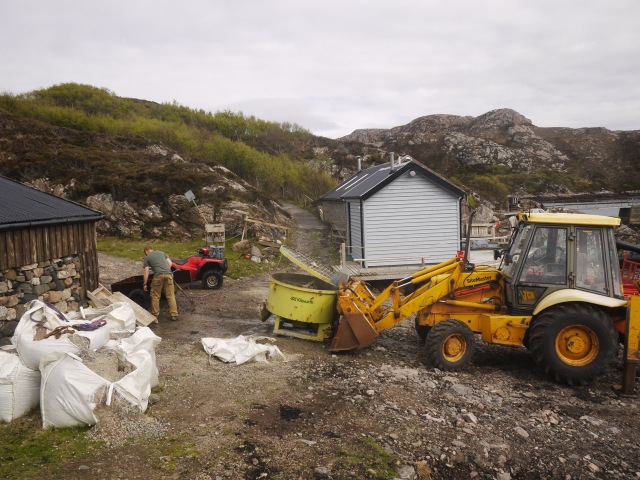 Onwards and upwards, the bags of 20mm mix slowly falling apart down by the shore and loosing their contents are a source of irritation. Try lifting them after they have been lying, no chance. So with some satisfaction we got a chance to fire up the pan mixer and get a little more of the pier path done.

It took a few tonnes of mix to get this far and with only 4 tonnes left, I’m not sure we will finish the job. It will be a while before we get a landing craft so we will just have to wait a little longer. 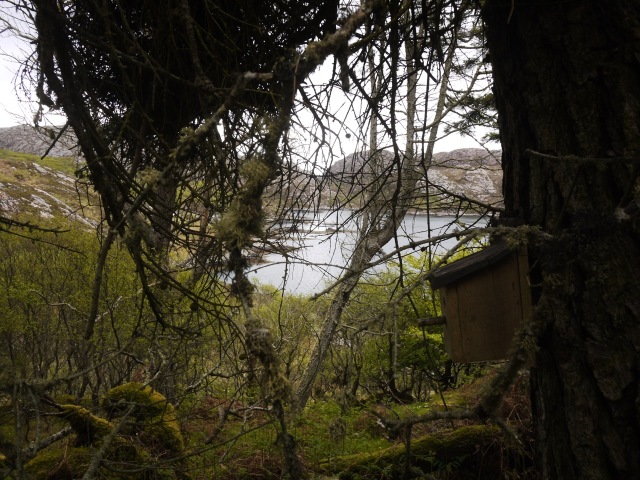 And finally this weekend I got over to the forest to put up the bird boxes I had left. I made them over the winter and yes a bit late for this years nesting (maybe second broods) but I suspect they will take a while to weather and be acceptable to the wee birdies we have. We’ll leave them to it to and keep the fingers crossed.

1 Response to Lockdown -The Sequel