How do you resurrect the blog? Been that long since the last one and such big gaps between them, I wonder where I had time to do them before the ‘New House’. Now named “Tigh na Creag”. Been that long I’ve really got to think how do I start? 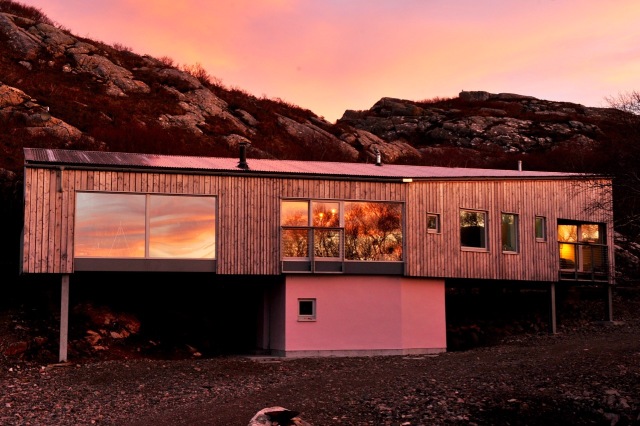 Here goes, lets start with this week. Life goes on, no real change here apart from no visitors. We’ve been living in splendid isolation (apart from Summertime) for so long that it just feels like the period at the end of the winter where we get going with all the tasks before the ‘Yachties ‘arrive. Mostly outside work that we can’t do due to short days and of course the weather. 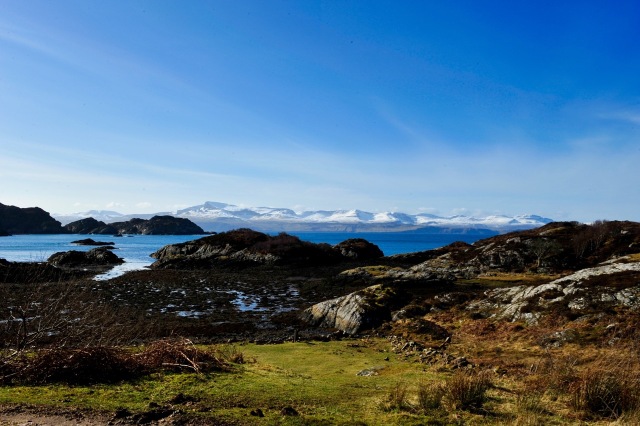 The weather has been kind of course which makes ‘Lockdown’ for everyone easier to deal with. For us it has been the best Spring for many years. 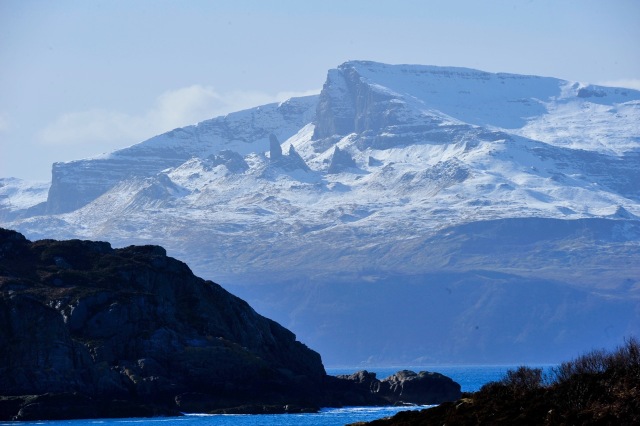 Day after day of sunshine with the ground drying up, but as I was reminded in Portree last week, we did suffer 7 months of ‘Grey’ before this spell. 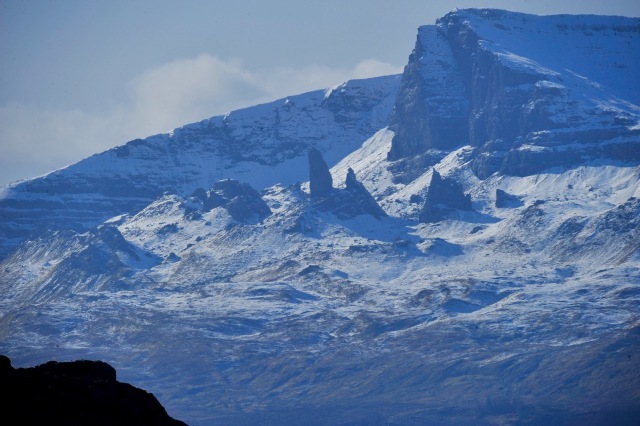 Close up The Old Man

All in all it makes for a much easier working environment outdoors. 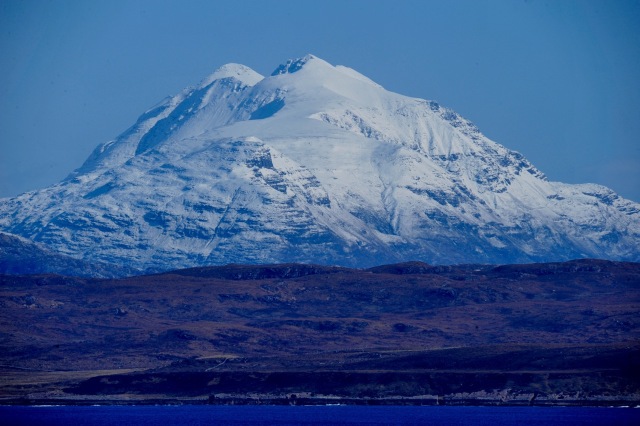 Looking over to the Torridon Range

And the views of course which is one of the main attractions of living here, it constantly changes as the seasons evolve, this year has been very special so far.

Another huge advantage of the settled weather system was that we got the windows on the small cottages painted, long overdue. But we had already decided to do them regardless of the weather and had made shutters out of old building timber and ply. They were a Godsend and helped dry out the frames, we’ll be fitting them again this coming winter. With all energies concentrating on the New House this past three years, some of the painting has been neglected. But weather played a major part in that neglect too. 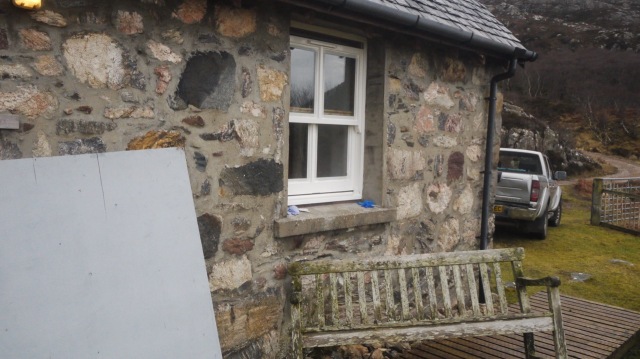 The facings on the dormer were too far gone on the Escape cottage so they needed new. Cromartie Timber supplied the dressed larch tongue and groove for the window surround, no need for painting and it will gradually weather grey, just like the new house. 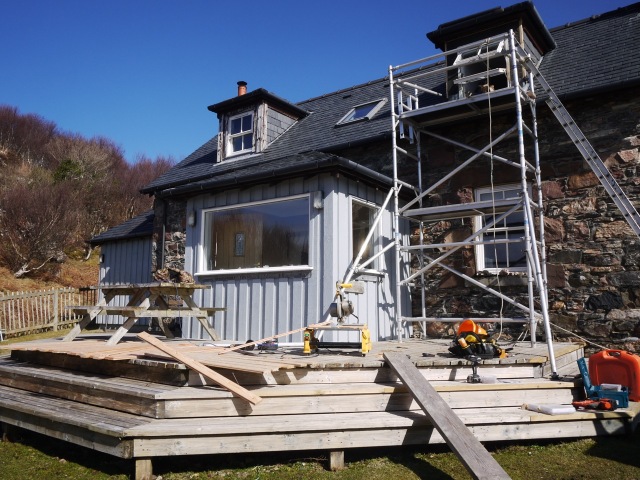 A good job and handy to have the scaffold now left from the house build. 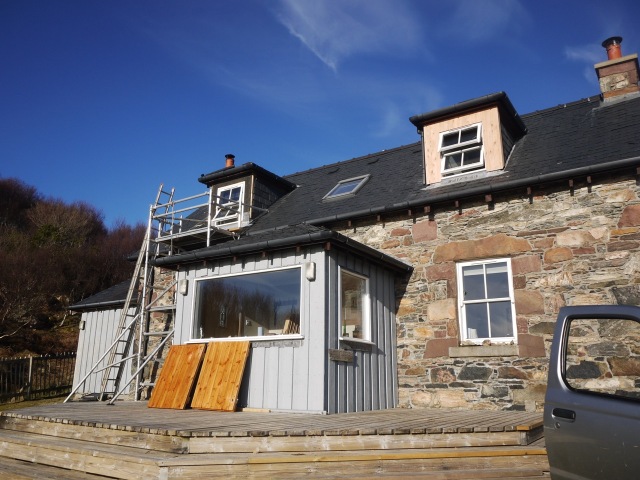 Back on February 28th we had a surprise when a Ewe appeared with a lamb. A day later once the ewe and lamb had spent the night inside another lamb turned up. Too early for sure and how it survived the night is a mystery. It was a twin. 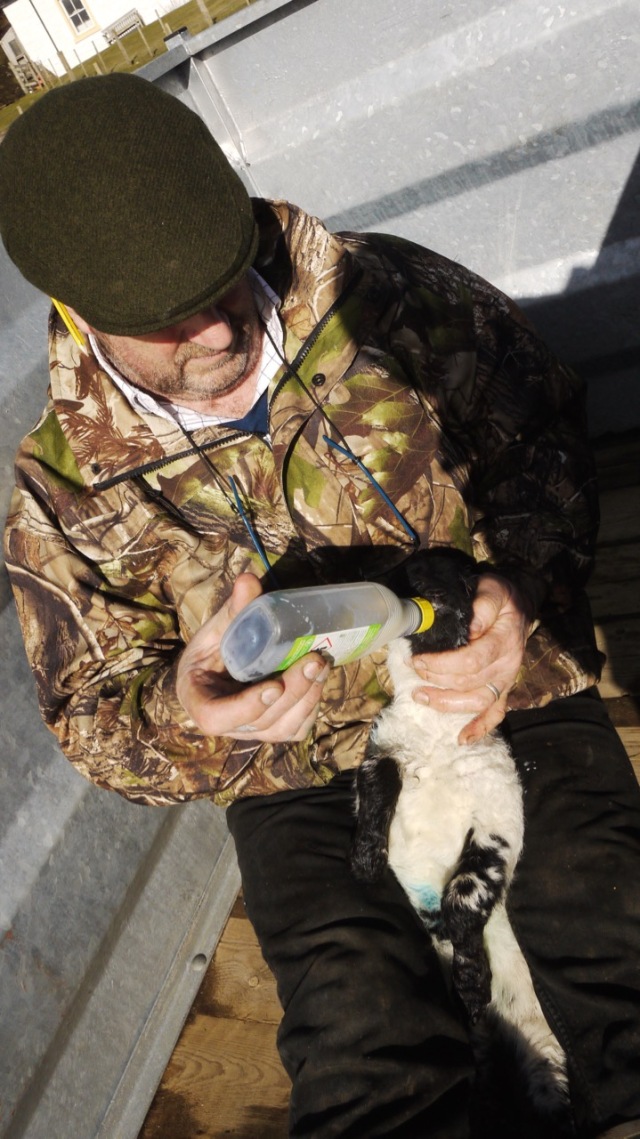 In that short time that the twin was adrift from the mother she was then not interested in the second twin so it became a pet lamb, needing fed every four hours. We penned them together but no joy on the mother taking it on. 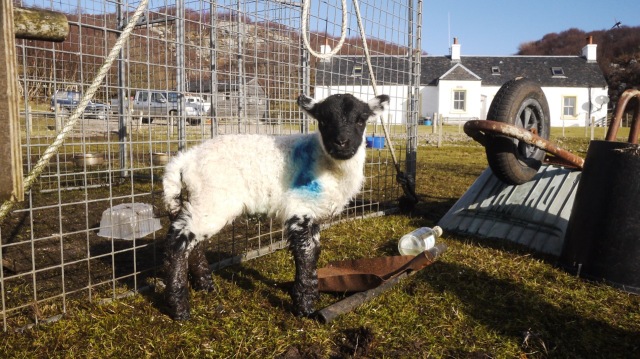 The other twin of course thrived and a worrying month ahead of us watching for more lambs, fortunately it was a one off and the next lambs came 4th April. 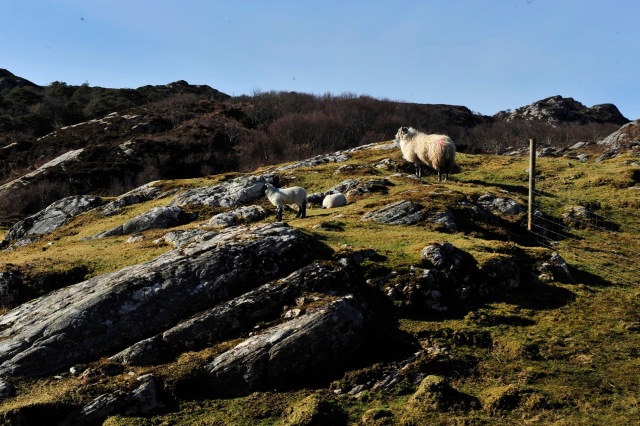 We had no lambs last year so we were all geared up for it this season but it has been a bit of a trial with a few on bottles, a few dead one to the Eagle and this week a ‘Gimmer’ stuck on cliffs. 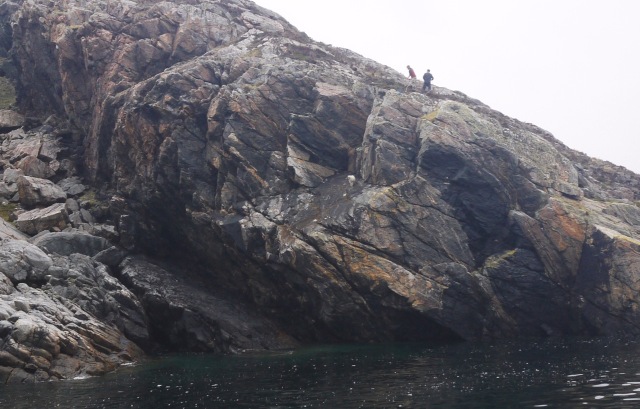 On the 29th April we had a message from the survey boat working the coast here that there was a sheep stuck on cliffs. We did not pick up that message until the following Wednesday at night and I was going to Portree first thing so it was not going to be until the Thursday afternoon that I could check it out. 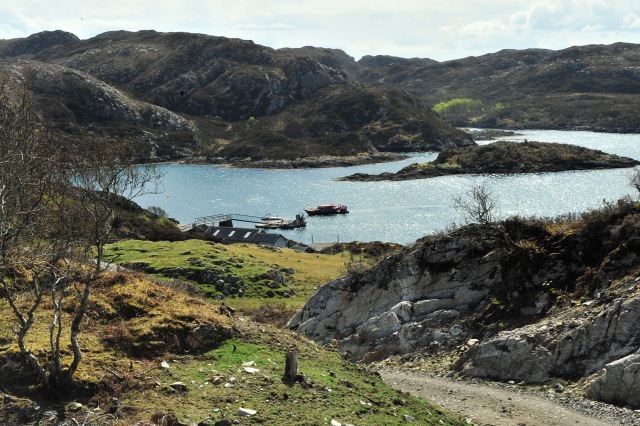 So Thursday I took the boat round and could not believe it when I found that the Gimmer was still alive and lying down on the 30 degree (or more) angled slab of rock 15 feet off the shore. So Friday morning first thing it was calm and that allowed us to get ashore and try to rescue the sheep. 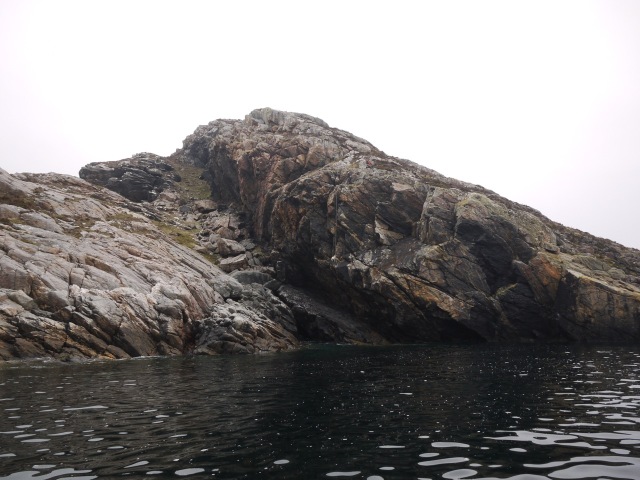 First of all we tried to lasso it from above and lower it down, we had taken our rodding kit with us to join together which would have been ok to hook a noose round the sheep from above but was none too handy when we found that we had to try to hook it from below. 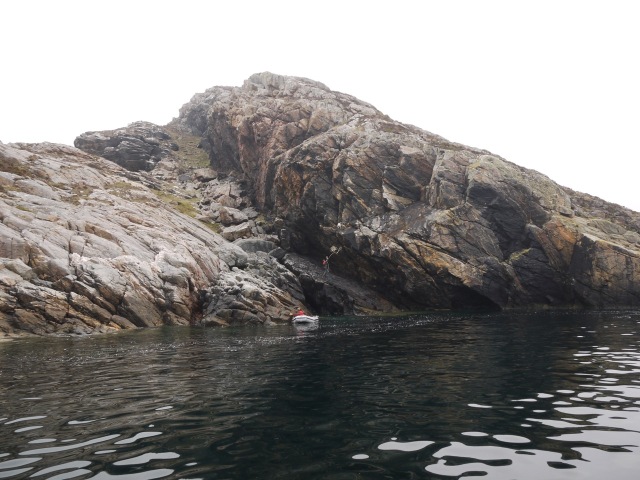 I tried again to lasso it but no luck. Then joined the rods but found that was too bendy. 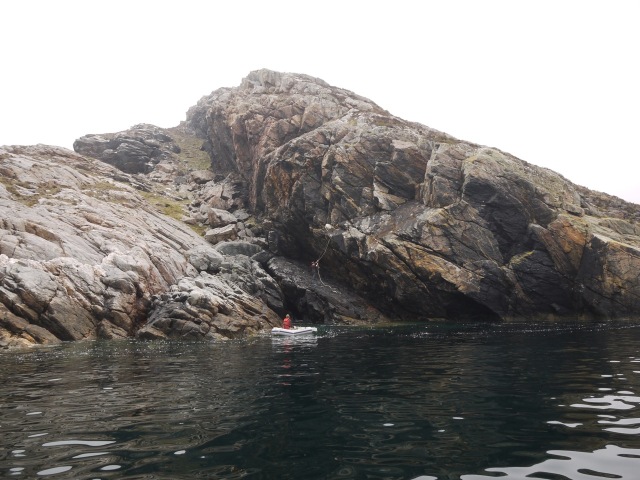 I then found if I rested the rods on the shelf edge I could get it close to the sheep but the noose was not working. 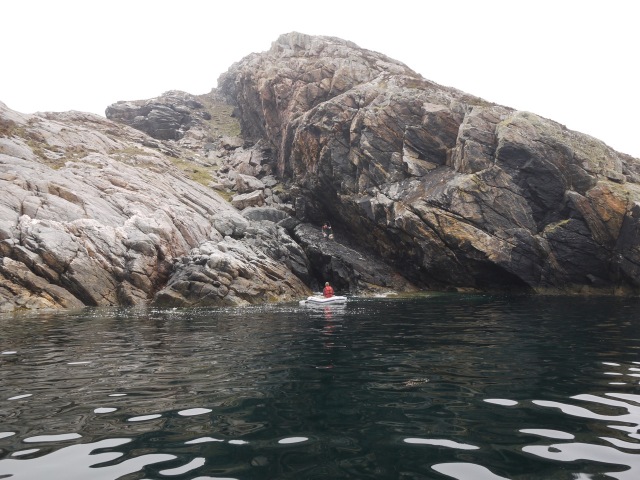 A small adjustment to the noose and I hooked the sheep, at that point it decided to leap off. It was only about 15 feet and it landed with a thump at my feet. Job done it stood up, shook itself, walked off and started feeding. None the worse. 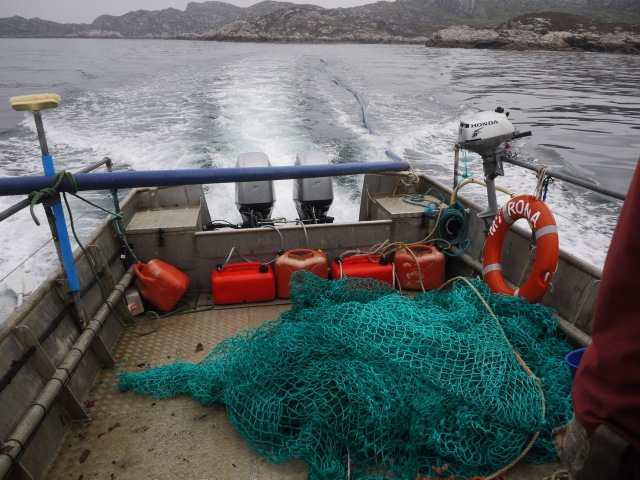 We spotted this net and pipe on the shore and as we were there we picked it up. It was possible that the tide would have lifted it again and took it out to sea. So all in all a good mornings work.

Since I started this blog page this beautiful Sunday morning the phone has never stopped ringing now I know why I can’t get up to date with the blog!!!!! More later.