Now For This Week………

I was sorting out this post and realised that the last post, Moving On……. had not been uploaded, we are trying out a new layout for the blog and although it has been a bit of fun trying different styles we had not decided, but the last blog got lost a bit, so here we are with this weeks update right after it.

Sunday was a quite a good day, in between the showers. We went for our Sunday stroll over to the bay behind the house. Quite a lot of winter plastic needing to be picked up. A future job in the stinking seaweed which I hate. The plastic we get from Portree never gets any less.

The Oyster catchers arrived I think around the 18th of February, they are never far away from that date, a pair of them were bobbing about on the shore making a bit of a noisy welcome. Two deer were skulking in the Aspens trying to look like trees. It was a good walk and the view from the top of the hill was super as usual, watching the next shower coming up the Sound  we headed home quickly. 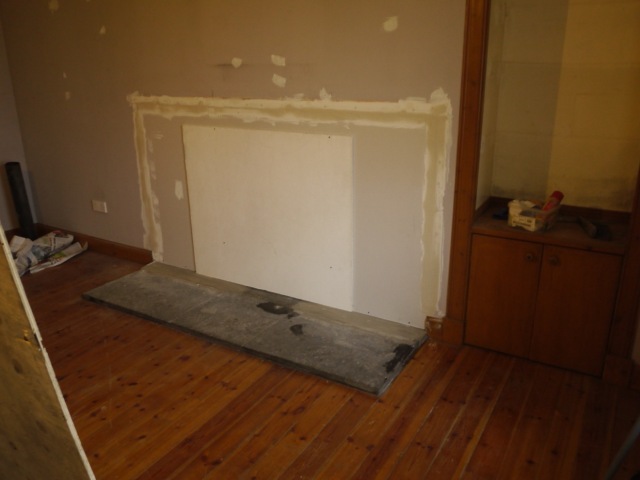 Now For The Painting

The boards arrived Saturday as promised but no flues, so Monday I started re building the fire but I new I’d come to a halt again mid week.

L went down to the hens mid morning Monday and it was a real gale, overnight the wind had kept us awake. She was looking for eggs when the nest box lid flew up and caught her right in the middle of her eye. So she arrived home with a ‘keeker’. Although the eye was scratched she said it was not too bad and thankfully all is ok now. But it is always a worry the most simple situations that make the worst accidents.

Later I took a walk down around the pier and hens  and noticed something was not right, I headed home and asked L if I had taken the IBC up to the shed, because I could not remember and it was not down there on the pontoon. No, it was on the pontoon I was told, I thought I had tied it down. So I was a wee bit worried the wind had blown it off and  it would be floating out in the sea possibly causing a hazard. Although with the amount of debris we get from elsewhere it should not have been a worry.I headed round the shore and there it was in the Bay we had been in the day before. Not the first time this has happened!!!!!!!!!

It wasn’t a waste of time though, I found a good deer post I had not seen on Sunday.

We are off this weekend and if we get away we hope to visit the planners to enquire about building a new house for us, up behind the cabin. Here is the site.

This Will More Than Do

Elevated and just out of sight, but we will still retain the view. Quite exciting but a lot to do before we get going, possibly next year for sure. Best get planning though.

Back to Monday and with spring knocking on the door the push is on to get the boat ready. The annual engines overhaul is not a job I look forward too, they did not look too bad but there is always something. They live for half the year just above the water and they get plenty salt to corrode them.

This Is The Sixth Time

So far just a sensor, fuel pump seals, pipe and a bit of the electrics needing a clean. A new key too in, last year the key broke in the remote so it was not the best trying to start the engine with half a key. 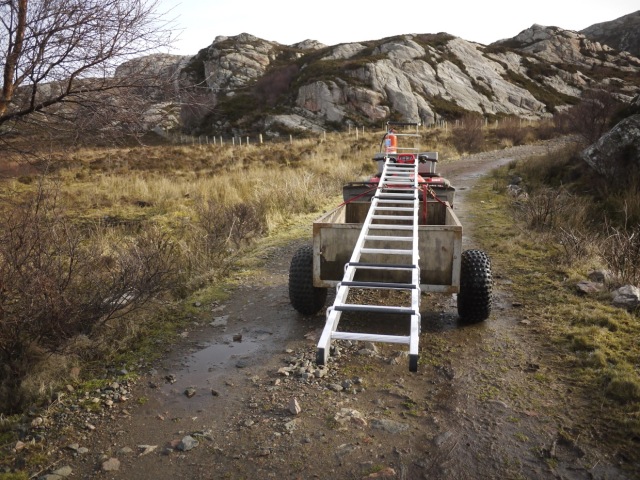 The New Ladder Heading To Work

On the ferry this week came the new roof ladder, MacGregors in Portree are really handy. Just a  call away  and the staff are very helpful. The ridge tiles are overdue for refitting but I was not happy going up on the roof with the old ladder, hence the new one.

It was quite a good day Wednesday and good to see a calm sea with the boats out in the Inner Sound. 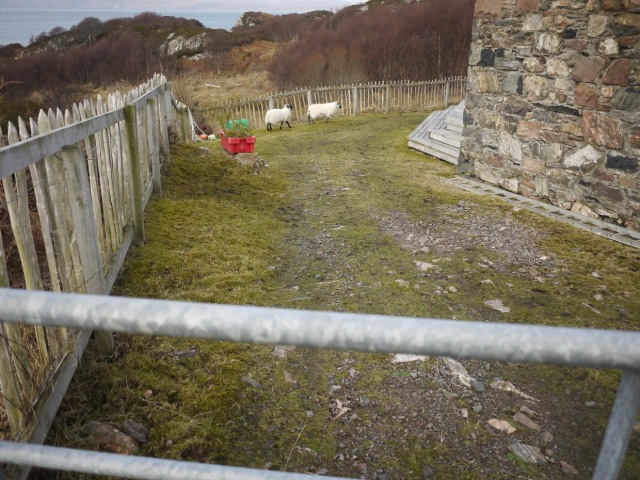 When I arrived at ‘Escape’ I found the escapees trapped in the garden. Derick had managed to creep round the house the night before and lock the gate. I was pleased that I had repaired the fence, because the sheep were very wild having had their freedom since the sheep incident in September.

Change of plan, no roof repair. Quickly over to the Lodge, pick up L load up the jeep and back to catch them. 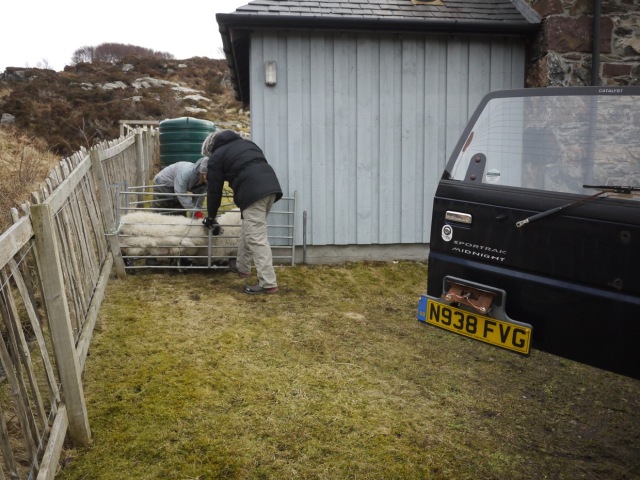 10 minutes later with a little help from Derick they were in the jeep trying to smash through the glass. So I had to quickly tie their feet, I never thought about the windows!!  The sheep would not know what a window was of course. The only damage was the window clips, they both got bent but the glass stayed whole.

They are now in the field in front of the house, still bonkers. As soon as you go in the field they are off round and round. What fun.

1 Response to Now For This Week………