Well, I phoned SNH about Wildcats but four days on I’m still waiting for the return call, in the meantime life goes on at the end of the Sound: Moving On……….. 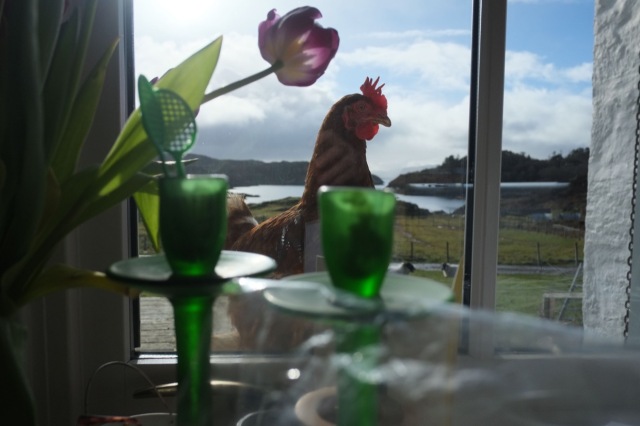 I Bet It’s Warm In There

In between showers, it has been very nice but when the showers come it is so cold and so dark. 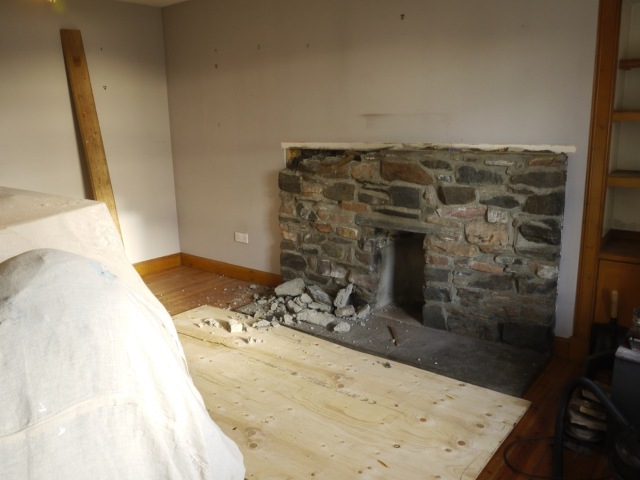 I Never Liked It, Too Dark

Just as well we have this ‘inside’ job, we never did like the fireplace and it was too smoky in the past when it was an open fire, so, we decided to try another way. 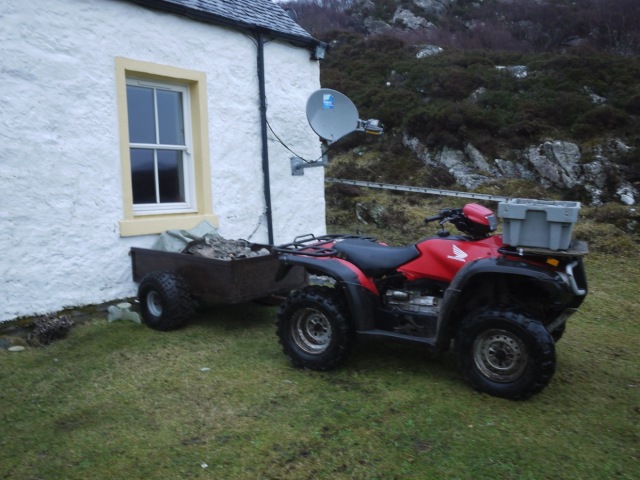 Rather than go through the house I turfed the old stone fireplace bit by bit and a few shovelfuls too out of the window, the stone is always handy down the pier.

Once it was cleaned out we took back the stove and tried it a different way, the tin foil join is not a permanent feature, Neal at Skye Finishing Touches was highly amused at my improvisation  but  needs must on Rona sometimes.

I had to go over to Dry Harbour last thing to put the heating on as we were getting our first visitors last weekend. I spotted the escapee sheep so I checked out the gardens and both were in need of staves. So I started to dismantle the old Schoolhouse fence for spares. It was supposed to be a Spring job but I had to rob it sooner. The fences around the cottages were getting old and are porous. I though that if the escapee sheep end up inside the gardens we could trap them but they would not take long to escape again if the fences had holes. Got that done, the fences repaired then headed back to base. 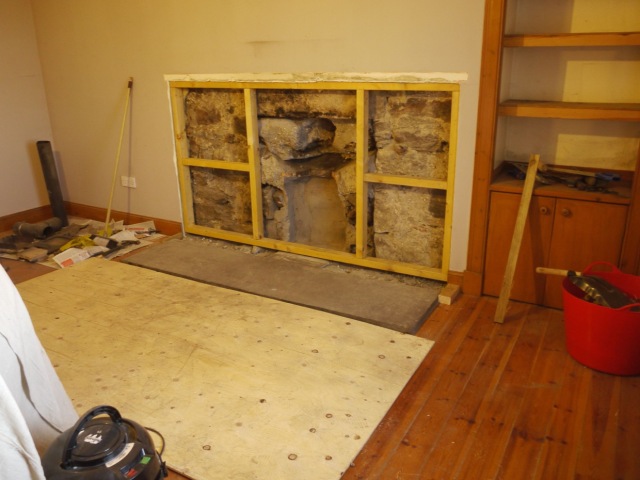 The dust had settled after the sweep up but I needed plasterboard plus a  fireboard and that was in Portree so the  job ground to a halt.

As it was a dry afternoon we headed down to the bunkhouse and got the sheet of onduline sheeting Kevin took over a couple of weeks ago and put that on the roof, replacing the half sheet torn off in the hurricane. We found the bit of roof behind our house about 250 metres as the onduline flies!

Kevin had been telling me that there were going to be a few extreme tides this year, this was one of them, but not the lowest I’ve seen. 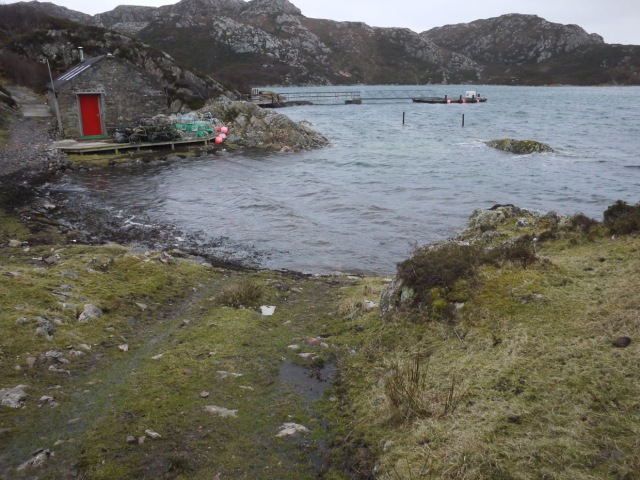 Next day I just happened to be passing after high tide, again in the past I have seen it lapping the door of the bunkhouse. By the way check out the IBC (Industrial Bulk Container) on the pontoon, waiting for fuel!!!! 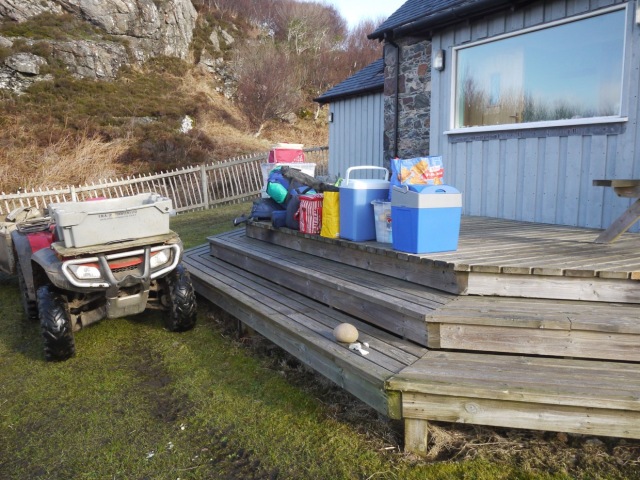 First of the Season

Saturday last came and it was a beautiful morning, sun shining almost spring, MV Aspire arrived around 10am, reporting a good sail and with boards, food , mail and visitors. So our first guests of the season who are here for three weeks made their way over to ‘Escape’ and I ran them through the bits and pieces. Most important was to look out for the escapee sheep……………..