Now Where Were We.

Monday morning and midgie. After a couple of weeks entertaining guests I can at last get back to some sort of normality.

We have just been visited by 13 Danes and it does feel like we have been invaded, raided, now we are home it is very quiet, calm, sunny and back to normal. I just had a look at the ‘last post’ and a lot has happened since then, here is a quick resume.

The Eigg team got us connected and I have to report a very fast service, long may it continue. That was Tuesday 29th. Hugh made his way up from the South end and worked around the house for a day, tidying up, the weather up until5 minutes after he finished was perfect, then it rained.

We all headed off and Hugh went home, we hurried to Edinburgh stopping in Perth to see our pal Lorraine whom I rescued from a very irate Tesco customer!!!!!!!

We usually get Lorraine and Mike from Perth to pick up our annual supply of Rona whisky but with 13 ‘thirsty Danes coming, we went by ourselves.

Des kindly showed us round the distillery and we were treated to our own personal tour. The distillery has had a lot of improvements since our first tour many years ago, all good. 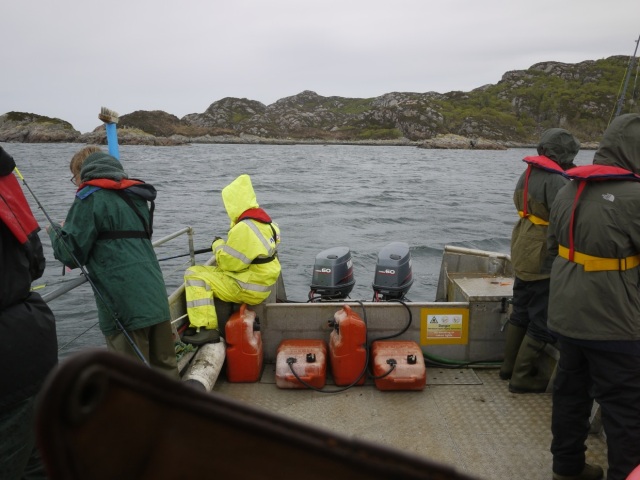 Then it was back home, the weather was mixed but the hardy Danes enjoyed whatever came, the fish were another matter. They were pretty absent but a few lobsters were caught and crab.

Evenings were filled with everyone round the kitchen cooking, drinking and enjoying the various dishes being made with ‘What We Have’. 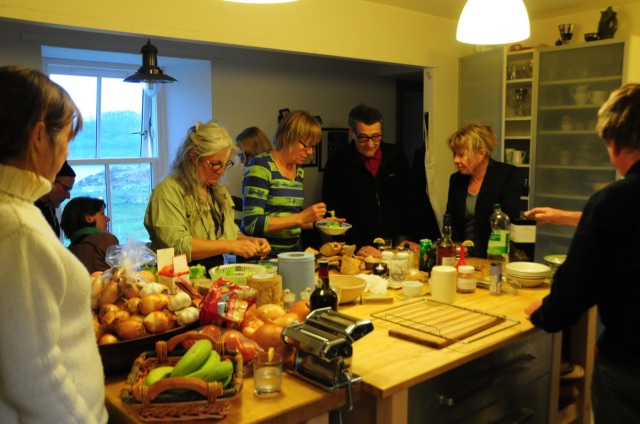 Lots of discussions and superb dishes were followed by long evenings around the table, typicval Rona Lodge summer nights!!

All too soon we were back in Edinburgh, us visiting friends and the Danes buying up tartan!!! After two nights in the wonderful Howard Hotel in Great King Street (Highly recommended) it was a long road back to Rona, the party over. 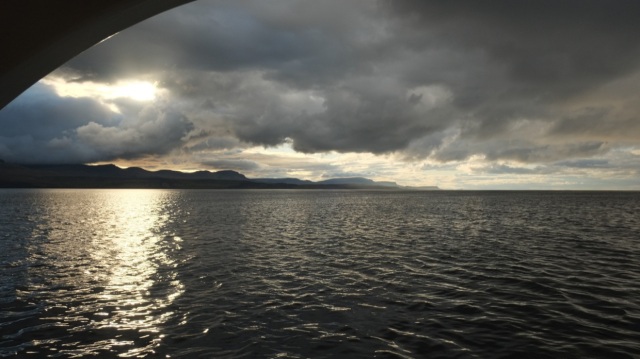 It was a pleasant sail with glorious skies and a bottle of pop, Dan’s fish and chips in good company.

I got a call from my sister letting me know our cousins from the deep South had arrived and of course we had completely forgotten. So next day arrangements were made and Steph’ and Jeff arrived with Hugh who was back for more. We had a couple of lovely days with them, good weather, good nights and of course around the Rona Lodge table. 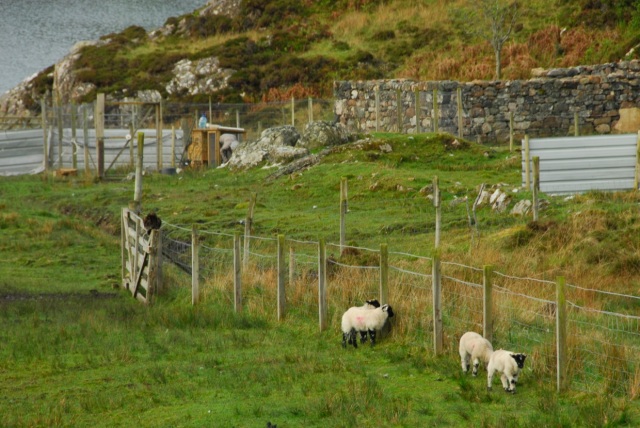 And Back To Work

Work carried on, George the cat missing Lorraine took to following her about, a mysterious animal was reported outside the Lodge and we thin k it is definitely there whatever it is as George has been acting very weird. We are on the lookout.

The yachts have been slow, the usual performances!!!!!!!!!!!! The bunkhouse has had kayakers, good lads from the Joint Services, Ballachuillish. The weather generally good for them although Ricky up at the Qinetic Base told me a disturbing story about a group from the South who had one ‘paddler’ exhausted that they had to deal with and who then enjoyed the hospitality of Qinetic to the full. Kayakers are generally very aware but some are maybe pushing their luck!! I’ve seen too many.

So here we are Tuesday morning now, Calum took Steph’ and Jeff away yesterday. Kenny and Gemma are coming over from Shieldaig to-day, Hugh is well through Dry Harbour heading North. Me I’m just running around in circles but there is light at the end of the tunnel. More tomorrow.

2 Responses to Now Where Were We.