Well we woke up this morning with a desire to have a week off the wine and put the head down and trying very hard to catch up. Grasscutting, sorting out the grass, timber to our very Scandinavian summerhouse, and loads of emails, just another Monday. 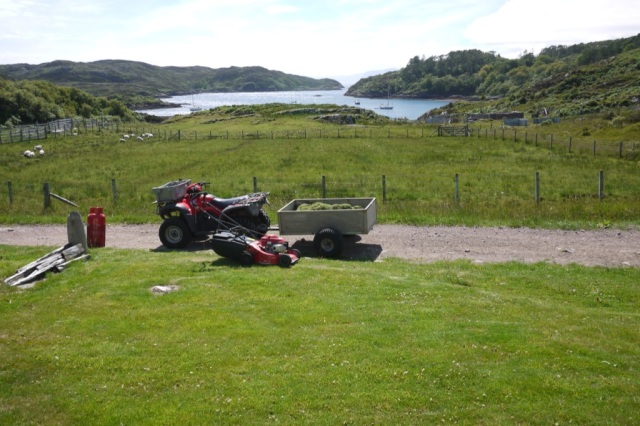 Told you it was a good day in the West, George.

We had a few problems with the older sheep and the missing ewes who had returned to the fold so it was with pure luck they all went to the place I wanted them.

Sheep Time, in the park!

The plan was to get back to them later. So with a few hours spare I sorted the garden, got the timber near the summer house site and lots of other odds and ends. We had a few yachts in too. At four o’clock myself and L sorted the sheep, injected a few and for the first time sheared two on my own. It went better that I expected that was because  the ‘Rise’ was better on  the two escapee ewes compared to when I was serving my apprenticeship with George. 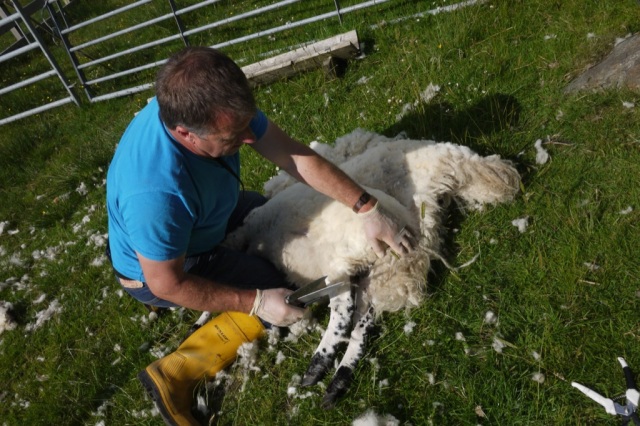 Should have gone to Spec Savers!!

Just when we thought we were finished Emma and James arrived from the cottages looking for prawns, Menno and Janie arrived with a bottle of ‘Old Pulteney’ and the German yachties from Yacht Imagine stopped by,  so the rest is history and here I am trying to blog with a belly full of alcohol, so much for Monday’s resolution!!!!!!