Well I’m off tomorrow to Germany to see my old hunting pal. I was going to go in January but I’ve brought it forward, there is not much I can do at the moment (outside). But first of all I have to deliver venison, more later. 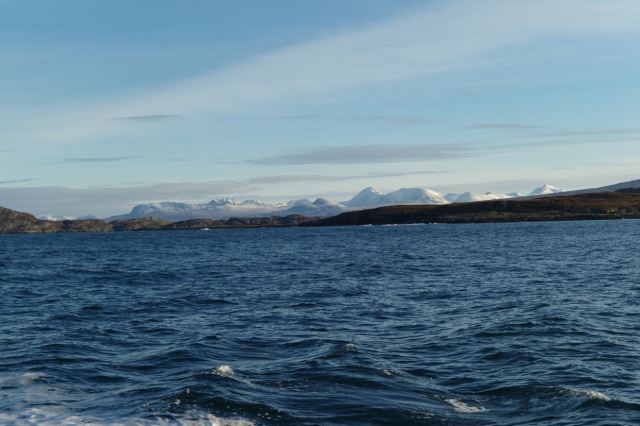 Last Sunday we headed off to Inverness, shopping, hospitals, Doctors etc, etc. This is the time of year for catching up on all our appointments, visits and a chance to take up one of our wedding presents. We landed in Portree at 11.15am, 4 hours later we were at the ‘Albanach’ in Lochinver. It was a nice drive up despite the sleet, we could not find it at first when we got there then discovered it was not Albert Roux’s restaurant which I had in my mind but, as it turned out, this is the place to go to. A lovely location and by far one of the best meals we have had, ever. The owners are also self taught chefs but we thought that made the food even better. Here is the menu…………..well worth the drive. 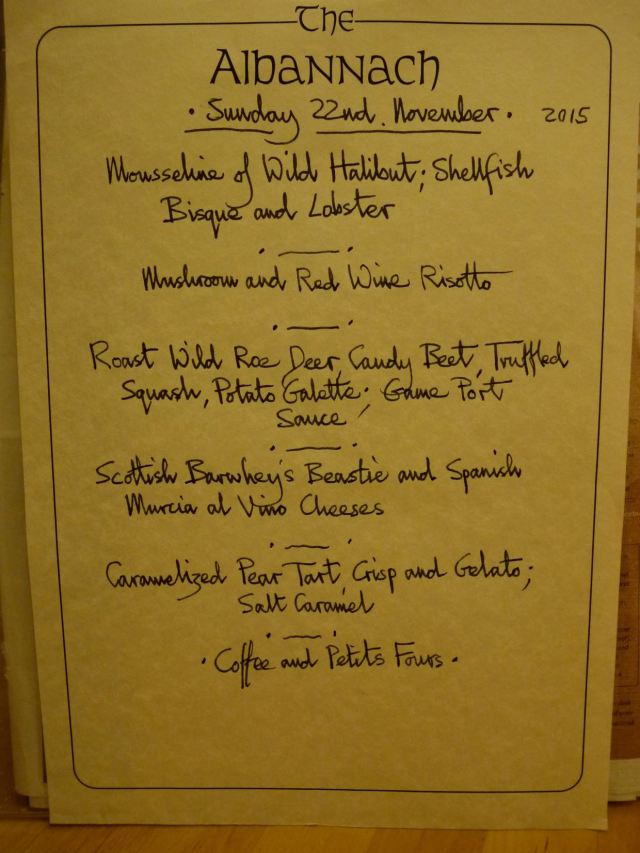 Off to Tain in the morning, then Cromarty to get one of the rifles sorted. I called at the gunsmiths in Cromarty, Colin the gunsmith had plenty news from all the Estates. 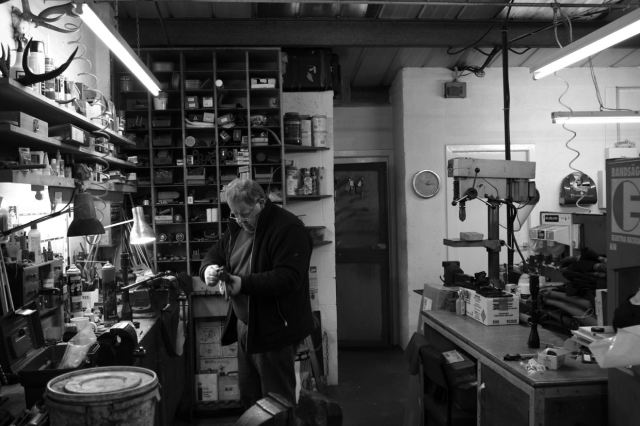 I came away and saw our ghillie’s rig out in the Cromarty Firth, Wallace who does the stags for us in October was stuck in the Firth waiting for the oil industry to pick up and get back out to the North Sea. Must be a long three weeks out there looking at the hills where he would rather be. I gave him a wave but…………..

Over to Beauly to visit the camera emporium of Ffordes of Beauly, amazing amount of camera equipment. Eveytime I go there it is so busy (and expensive) but if you want a good old camera………………

Before we left for Lochinver, Tain, Cromarty and Inverness we had a busy few days on Rona. I had managed a bit of digging but the weather is certainly against doing anything major, then if you loose a pin it gets even more difficult. 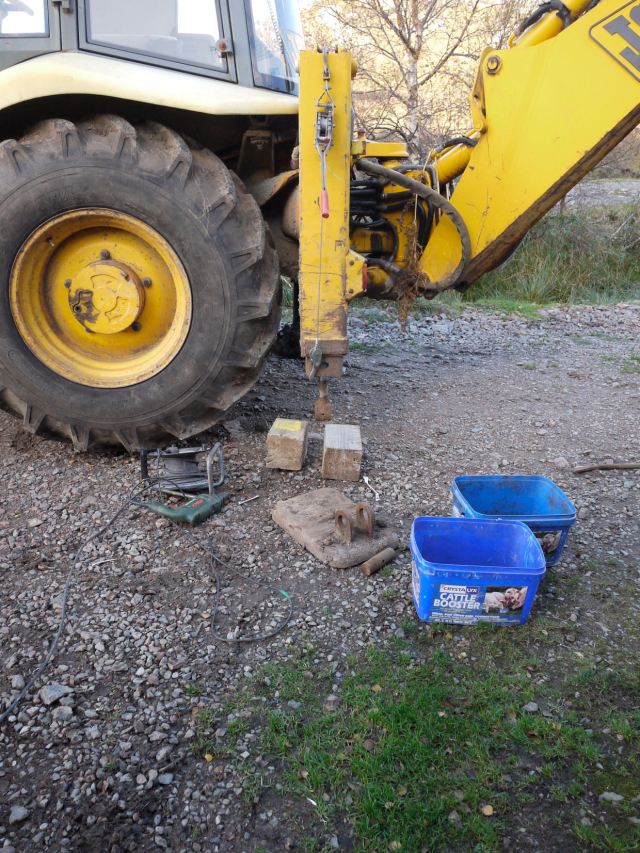 I had not fixed the stabilisers pin when I put it back last time, this time I did not see it falling out but I was so lucky, I found it on the road, not ‘lost it in the mud’. So that was a bit of luck. 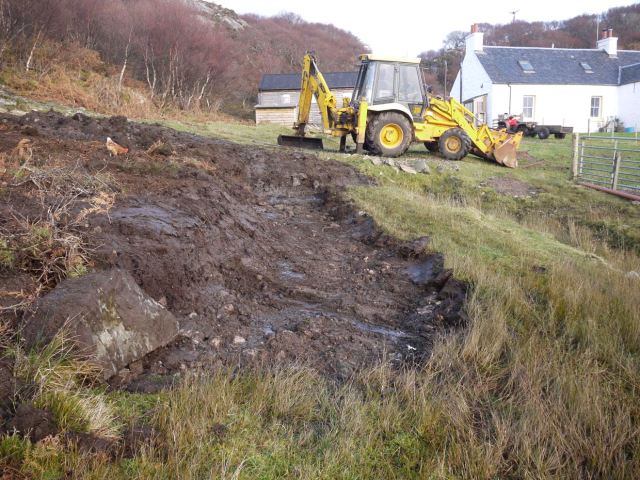 Then I Got on With the Digging

I got it fixed and made a tentative start to the road into the house. But I guess it will be a wee while before I do anymore. 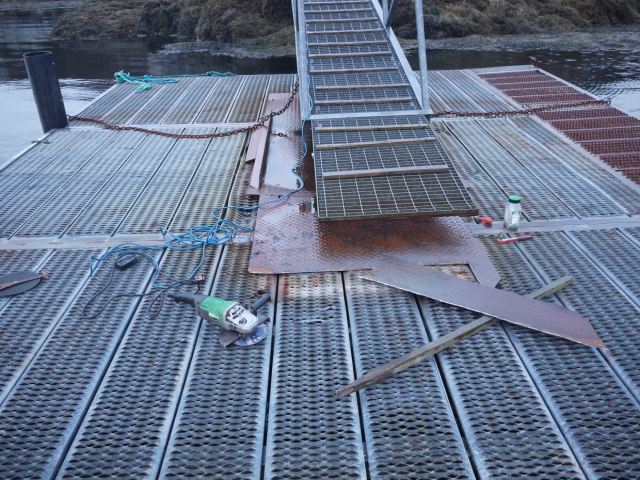 In between the showers I had another (annual) attempt to fix the gangway, every year something happens. Hopefully the oak bar I put in below the flap here will help for a while until I think up something else.

It is good to have some venison production at this time, every November is the same. We hope for a dry spell but it never comes. So this year we increased the venison production for the Xmas market, next year even more if everything goes according to plan.

There are always breaks in the weather and when you get a bit of brightness it is lovely to see. Also when the sun comes up, it can be a promising start but ‘Red Sky in the Morning…….’ 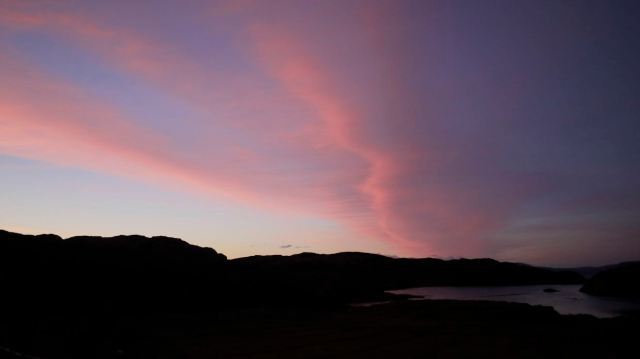 There it was on the Sunday morning leaving Rona in sunshine but it did not last.

Cheerio to the seals

It seemed like an age but we were only away for four days, we got back Thursday but as I was going off to Germany this next week there was an awful lot to do, mostly paperwork.

In the mail there was a thank you card from the charity that our Castaway ‘Claire’ was supporting this year. It seems that Claire raised £2686.74. Well done Claire!!! The Burned Kids Charity were certainly very grateful. 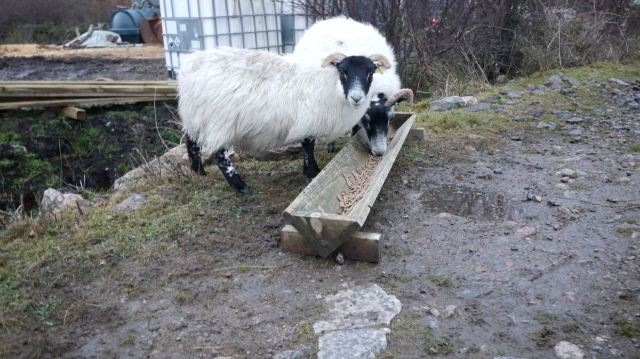 Apart from paperwork there is the stock to keep an eye on and it is early but we do give the sheep a wee feed just to give them a boost. This wee lamb, like its Mother is very keen to break into the shed for feed, we have to keep an eye on it for sure. 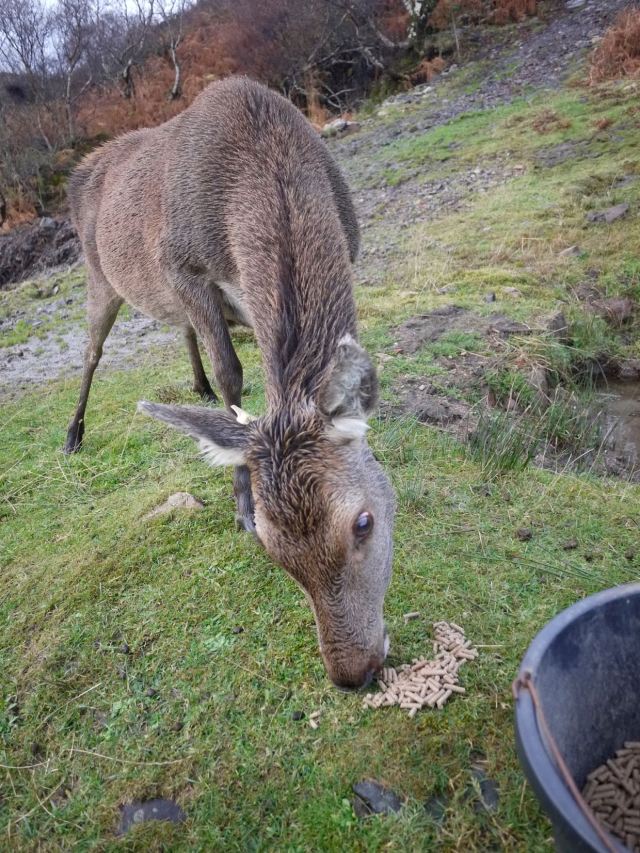 No show without punch!! Calling the sheep to-day to the feed and Julie (as usual) appeared out of nowhere and came straight to the feed. She had a big calf with her and for 15+ years old she is wearing well. In fact most if not all of our hinds we took in are still living.

‘Eejits Guide To The Genny’

Nothing much to get excited about outside to-day but as L is going to be home alone next week, she was keen for me to run her through the emergency procedures for starting the generator or inverter in the event of an outage. That took up a bit of the day, so fingers crossed.

Tomorrow I’m off to Glasgow, via Inverary then Edinburgh with ten boxes of Rona Venison and some of our latest merchandising, our Rona aprons. 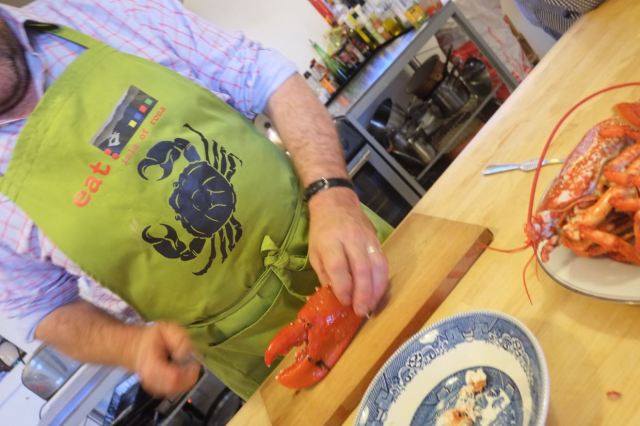 It will be two pretty busy days running about before I get into the airport and ‘hopefully’ relax.

Last thing after a dreich day, the sun made a late appearance.

That’s the latest out here on Rona.