The Morning After The Night Before.

I was going to Blog mid week, the title was ‘Just Another Day’, but events overtook us and here we are, After The Storm. No phone, internet coming and going. Some of it gone completely and looking ahead it is pretty grim. A steady stream of gales for the whole of next week. Which is a pity as we were going to Edinburgh.

Here it was coming in on the forecast maps!! I thought I would take a picture  and then do the same at 9pm Thursday (to see the actual map) but by that time it had arrived and the lightening was all around so around 8.30pm we switched off the computers and disconnected everything, past experience with lightening has been expensive. We did not sleep to much, although Lorraine says I was snoring, must be used to it. When we woke it was still stormy but by first light it was calmer and dry. So I did the rounds and quite quickly got a list of damage that needed fixing. It is always easy to find the obvious stuff, but all day and since then you spot wee things that you miss. Such as a gate off its hinges, a post ripped out, trees down etc etc.

The pontoon was ok, a bit twisted, so far so good but when I looked at the sea side of the bothy the roofing sheets were ripped off, not bad in 15 years. A quick solution was to fit a few bits of ply’. I could not nip to Jewsons for onduline sheets.

George the cat was not far away with his input!

A lot of squawking later we moved on to the hen house. Although tied down it had had a hard time, the hens immediately took off to the woods when L let them out in the morning.

The sheep arrived back in dribs and drabs, they had been let out of their parks because of the wet state of them and the impending storm. They could find better shelter in the forest. They looked very well washed and blow dried. All accounted for I took off up the hill to check the Applenet (Applecross Community Broad Band) relay set up. As I approached it looked okay but festooned with blown grass. I thought the windmill was still turning pretty quickly I could not really see the blades. When I got there I saw that the whole set up had been thoroughly hammered. The stays were well slack, the anchor bolt on one side had snapped and the windmill was no more. THere were no blades. I don’t think it was because it was turning to quickly or anything like that. It looked to me like it had just been ripped apart. One of the blades I found which must be a foot and a half long was imbedded in the ground 10 yards away, I could not pull it out!!!!! 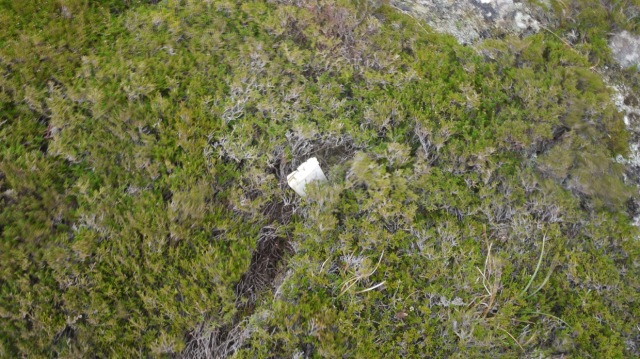 The Windmill Blade 90% in the ground.

I had just nipped up to see what had happened so I then shot over to Dry Harbour to check out there. Tiles, slates off of the ‘Escape’ house, stuff all over the place and trees down, but surprisingly not too serious damage. 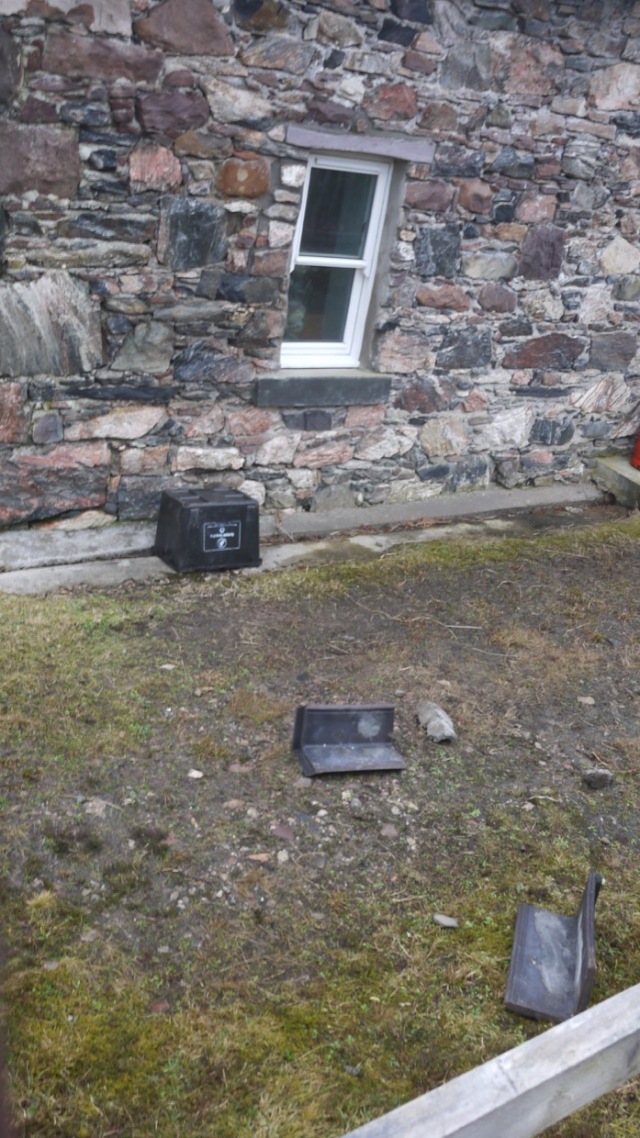 Back to Rona Lodge and I gathered up some tools to dismantle the wind turbine. After a fashion I got it down and tightened up everything. As I was back and fore I changed the batteries for some fully charged ones, taking the originals down to get them charged. Next time I go up I’ll take these fully charged batteries up to try and keep the service going. At the moment the power is still off, so who knows when it will be back on line. 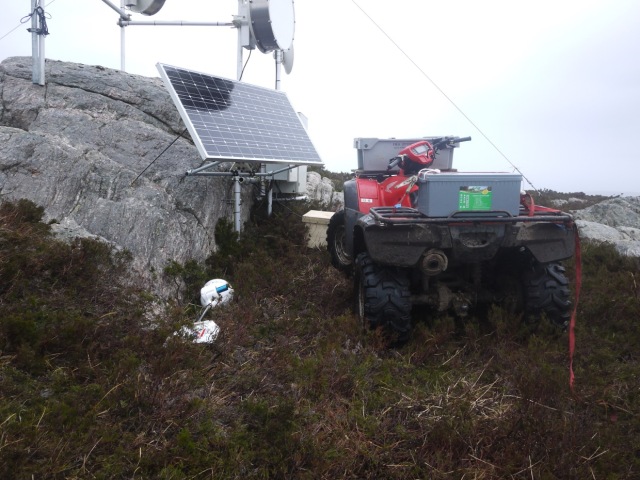 All ready to go

Back down for lunch, by this time it was 2pm and running out of time. I got Lorraine organised and we headed over to Dry Harbour with ladders to put a bit of temporary lead on the ridge, it was raining and blowing by this time so it would have been futile to try cementing the undamaged ridges back on.

When I was up there I spotted another couple of loose tiles so it took a little longer than expected. By the time we finished it was dark. 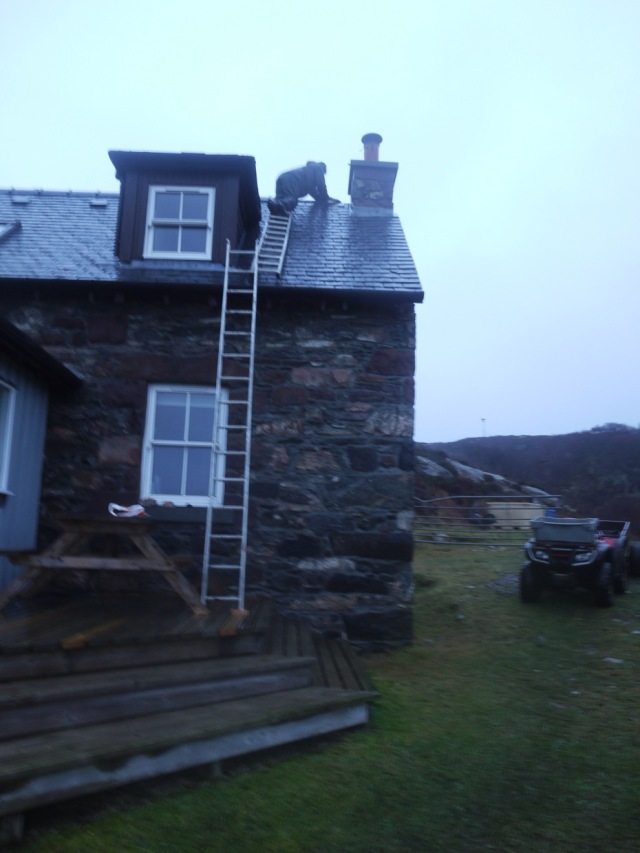 So here we are on Saturday, still blowing ten gales, snowing occasionally, nothing for it but to work away inside to-day.

2 Responses to The Morning After The Night Before.