The Danish Invasion started a week to-day, Kenny and Gemma on MV Seaflower took the party over after their stop in Coul House Contin (always worth a visit highly recommended). We had lunch on the boat with the usual wonderful spread of Shieldaig prawns, smoked salmon and of course a glass or two. Then down to the serious business of entertaining!

First of all we had to say cheerio to ‘Barron Kelvin’, Dave and Alison had returned with guests but we were unable to accept the invitation to dine aboard, life is harsh. However we did have a quick drink with them, then it was down the pier to pick up some produce. 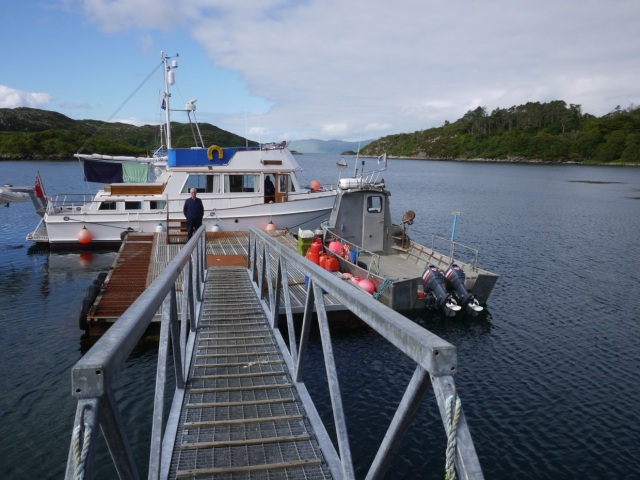 Sunday came and our near neighbours arrived up to say hello, John and Arlet had just returned from the South and Calum and Irene (plus Seoras) took them up on MV Kestrel. It was a very sunny day and calm. We enjoyed a glass of fizz with Rona strawberries, with them and some Rona Venison Pate.

Dorte’s son Adam is a restauranteur in Copenhagen, he was quickly pressed into service to experiment with the Rona produce and his first try did not disappoint. The real ‘tough’ cuttings, liver and other ‘bits’ are usually minced for pet food and we are always looking for ways to use this waste. A few sage leaves, herbs, oatmeal, venison fat later and we had a venison pate (which was maybe nearer a meat loaf). It was delicious and that is the way forward for these cuttings.

We had made venison burgers earlier in the day and Victoria (Dorte and Arne’s Grand daughter) was first at table watching the goings on, all week she was fascinated by the cooking. 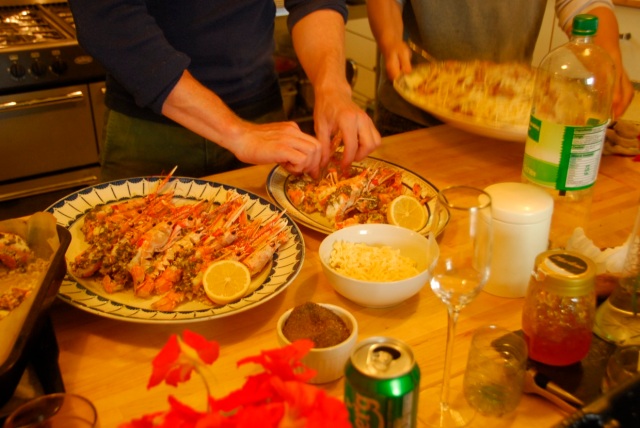 A New Way For Prawns

Sunday night dinner Adam ‘put the prawns/langoustine to sleep’, cut the backs of the shells off and dressed them with sage leaves, butter, pepper and a little salt. Put them in the oven, watched them then after a few minutes took them out. The aroma was fantastic.

He poured the butter sauce over them and served, it was the best thing, everyone loved them.

Waiting for the Extravaganza

Next day we experimented with a spiced loin of venison, reserved usually for the tough cuts this time we tried a loin.

Rubbed with sea salt then a mix of juniper and coriander seeds slightly blitzed, covered in balsamic vinegar. Two days later the dark meat and red middle was delicious and so simple. If you try it remember to turn and rub the meat with the mix. 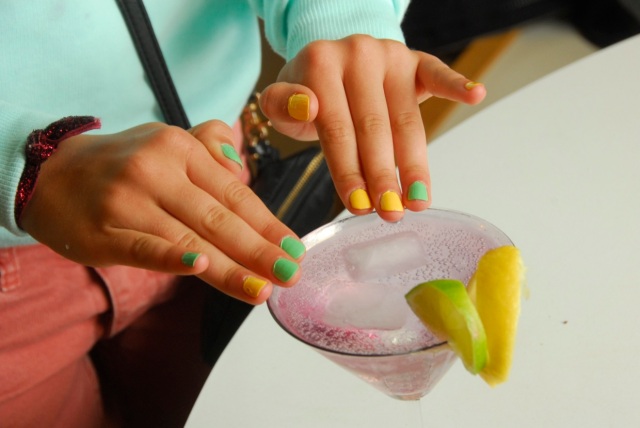 Everyone was having a go at creating something, even the kids were having a cocktail, but without the Gin!!!!!! 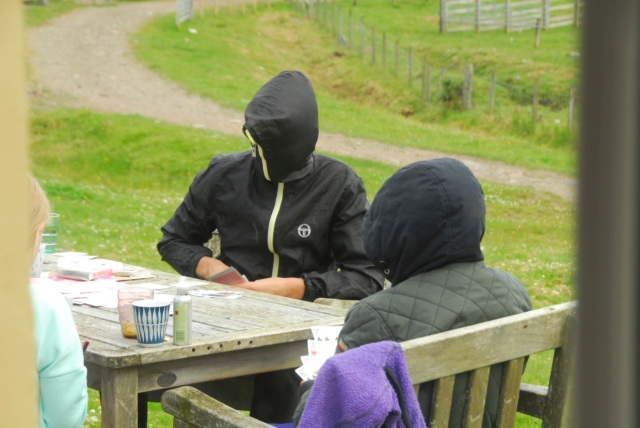 No Stopping for Midgies

All our Danish visitors are keen on card games and even the midgies did not deter the lads from their game, when the adults were eating 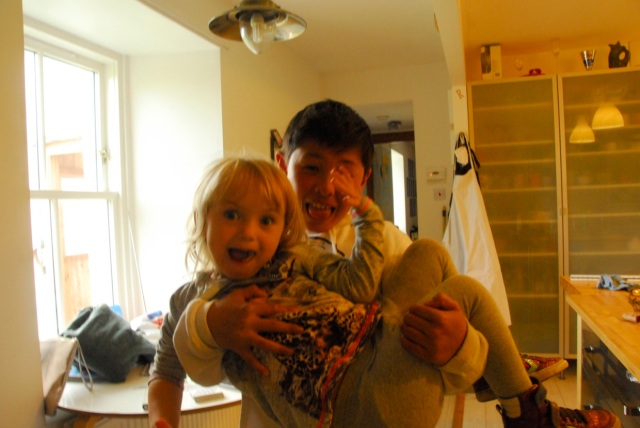 The Kids Stole My Camera

Obviously the adults were too engrossed in the food and company, the next day i found the evidence of the kids having a lot of fun with my camera.

To slow them down a bit and to let the parents have a break we put on a film, I think it was Superman, even in English with subtitles the Danish kids loved it and the cinema. Most of the kids had iPhones or tablets and the wifi was working overtime with two or three wandering about looking for the best signal, hand held high with the device they were using, we call it ‘The Rona Wave’ aptly captured as an observation by Isobel on Yacht Glance (Stangford Lough) that was here storm bound whilst the Danes were here. 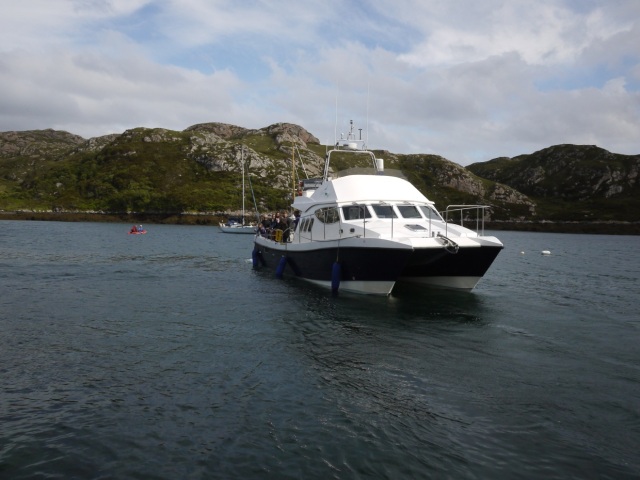 And They Are Off

Wednesday dawned but it was a very different picture, from blue skies and flat calm we were up to 50 knts of wind in the bay but fortunately at 3 o’clock someone switched off the storm and by five o’clock Kenny had appeared and the Danish party left for Edinburgh.

Nothing much for it on Wednesday night than to have a beer or two and chill out. 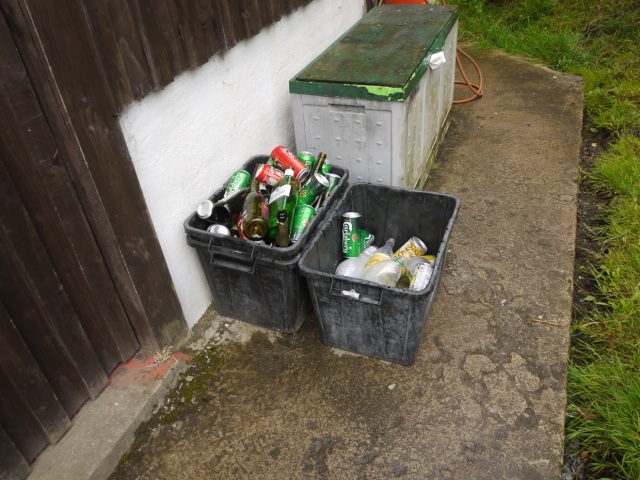 Been a Good week

Now it is Saturday night, the bay is full and the sun is shining but it is pouring rain, quite surreal, summer rain and a stiff breeze.

Off to make the dinner, more tomorrow.