Midsummer is past and we are on the home straight. So much has happened in the last week that it seems so long ago. Best thing is to just put up the pictures with the briefest description or I’ll be doing this post for another week.

The story is that the weather up until Wednesday this week was superb, then a storm came first thing in the morning.  Dorte, Arne and their family visited their Island home from Saturday until Wednesday, so, we were busy before, during and after.

First of all, Island life. 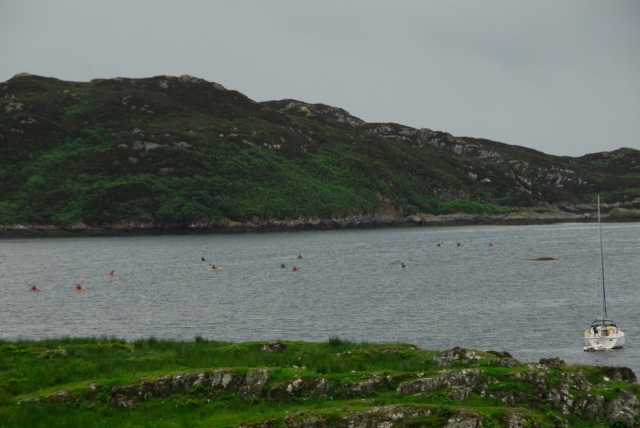 Invasion of the Kayakers

Good grief this was the 22nd of June, ages ago, 12 kayakers arrived, ate lunch and left!

Two stragglers were spotted at 7.30am next day enjoying breakfast of midgies. 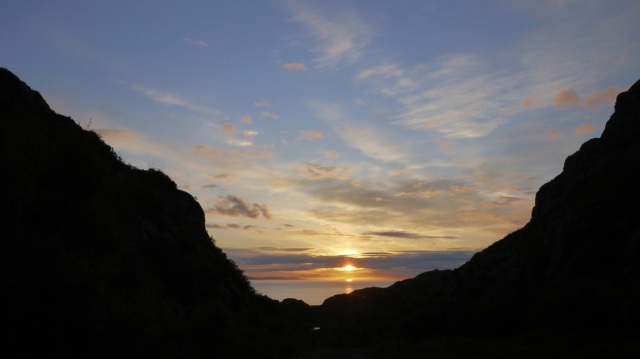 Well we haven’t seen a sunset for a while so I put one in, it was very nice and it is not often I’m out at that time nowadays. 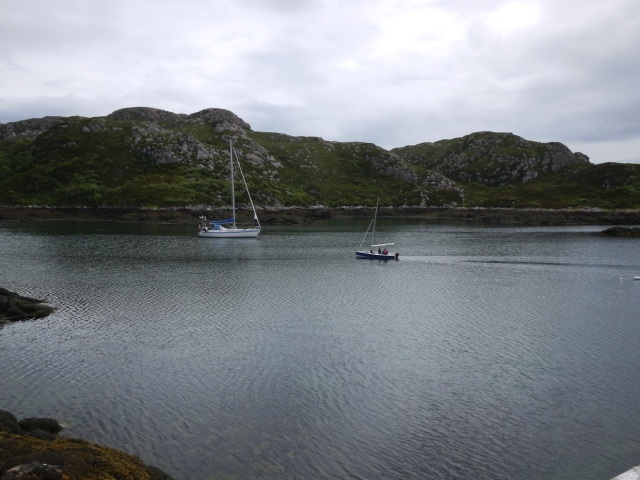 It is now the 25th and the summer, so we expect all sorts, I think this was an Enterprise maybe a modern Wayfarer but they are hardy setting out in this wee boat, but they must have had a good week I guess they had no gales, plenty sun

I left early in the morning of the 26th for stores in Portree, the Doctor and John Don, the osteopath. I said cheerio to Bruno who was enjoying the early morning sunshine. He shouted in French. ‘ C’est un Cadeaux’/it is a gift!! A retired Doctor from Brittany and he was helping with the fishing the night before, good fun. 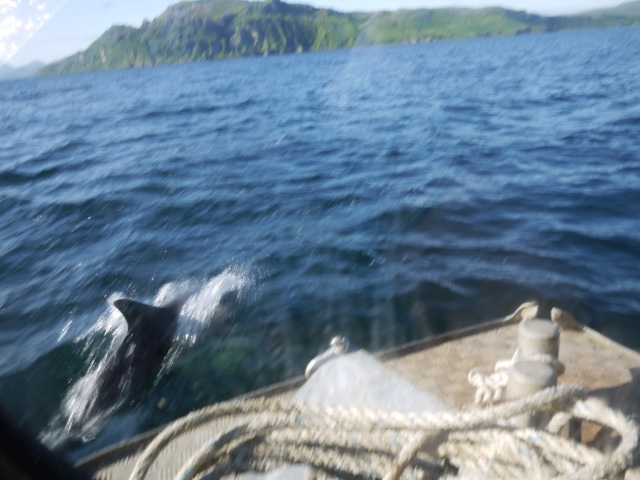 En Route to Portree and the Dolphins joined the boat, the first for me this year but still not many, although encouraging to see and some gannets fishing. 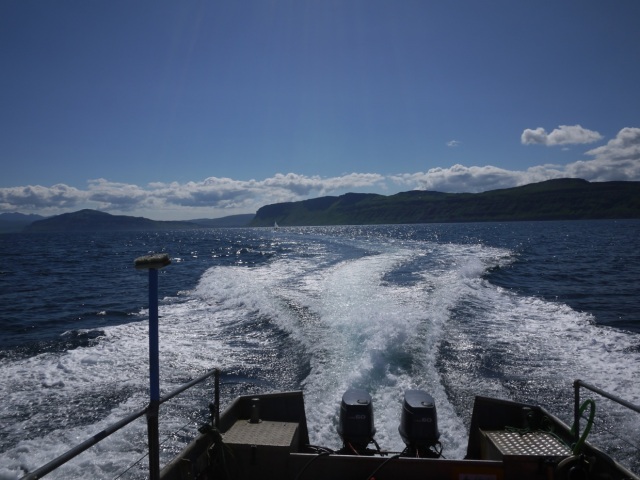 Portree was busy, the sun was out it was hot and I managed to get all the shopping for the Danish invasion plus my appointments done. But with the weather the way it was I was keen to get home, I looked behind me passing Fladda and here was the Enterprise/Wayfarer crossing my stern. I arrived home to find Big Harbour pretty busy.

Next morning I woke up and walked to the pontoon to find Calum had arrived from the North of Skye having  been to the Shiants earlier in the week. He reported Minke Whales and lots of sea birds but obviously what they are feeding on is not coming down here.

Kenny arrived with his second trip this week and was just leaving when we decided to go fishing, the sea eagles were floating about so we were hoping they saw them.

After the fishing I shot over to see our cottage guests and discovered they had got engaged during the week, Chris and Lucy Watson, all the way from Ireland. And they are into cats!!! Congrats to them and we will see them sometime in the future we hope. 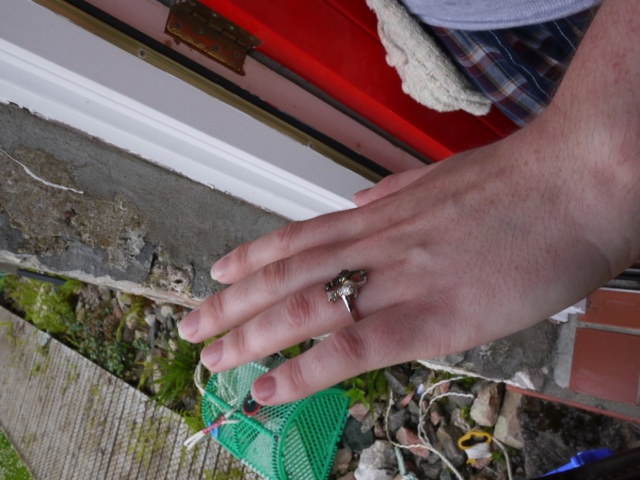 Saturday came they went away, we took a deep breath because Dorte, Arne and the family were arriving 3 hours later on MV Seaflower from Shieldaig!!

Arrived and the Party Begins

That seems a long time ago and it is way too late so.

1 Response to Half Way There.