Wallace is here, he’s our guest stalker. So yesterday  morning he was keen to get going, I obliged, after wrecking my back on Friday lifting a cement mixer (more tomorrow), I was not keen but he is here for a week and we have a cull figure and that’s that. 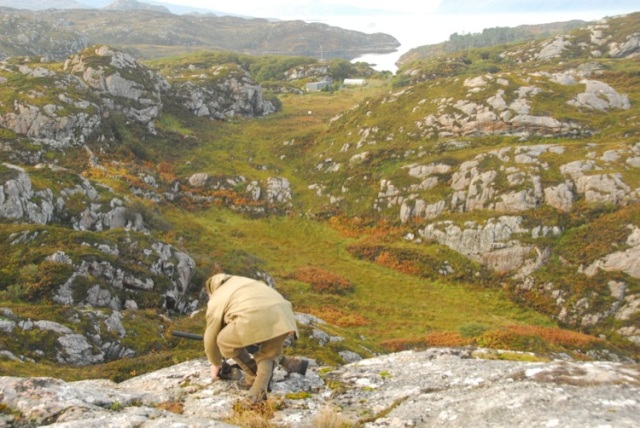 Since we re-introduced the Red deer onto Rona in 2003 they have done well but now we have a cull figure to achieve every year to keep the balance with the ecology of the Island. The deer are doing very well on the food supply but it is better for the herd and the Island if the numbers are kept at an acceptable level. Wallace’s brother Wayne helped us last year but he is now working at Wyvis so cannot come but Wallace booked up and we are looking to shoot four stags this week. At the weekend we got one up North but yesterday morning we quickly found one below Meal’ and had a successful stalk in but once the stalk was over the work began. The weather since Saturday has been up in the high teens, to-day it is 20 degrees!!!! Not Autumn stalking weather. 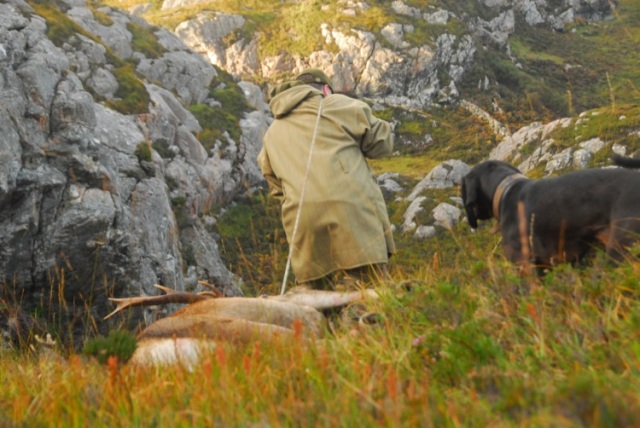 You Shot it You Drag it!

The stags on Rona are big, mature animals are heavy and usually in tip top condition, this one was an exception, tipping the scales at 320lbs, he was a monster. More reminiscent of the bullocks we used to butcher. 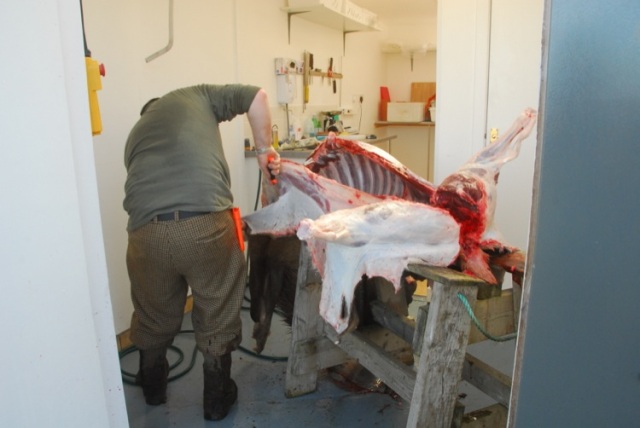 Getting ready for the larder

Later in the day we headed South but only for a look. We are inundated with Sea Eagles at the moment and counted 6 flying about the other day. They are not too bothered about us either and do not fly away quickly. 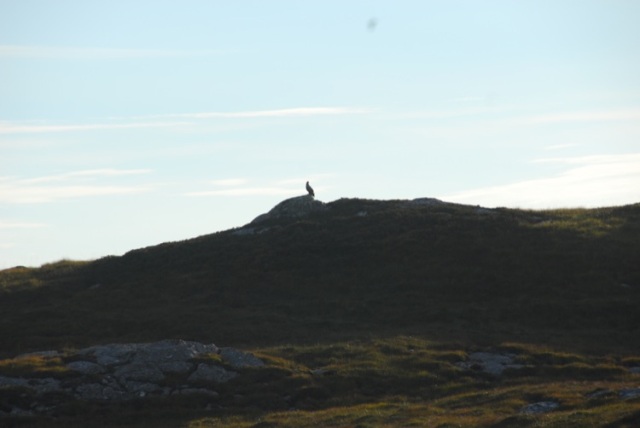 After our walk, Wallace’s dog took a swim and we were sorely tempted but fancied a trip out last light in the boat to look for the missing stags. 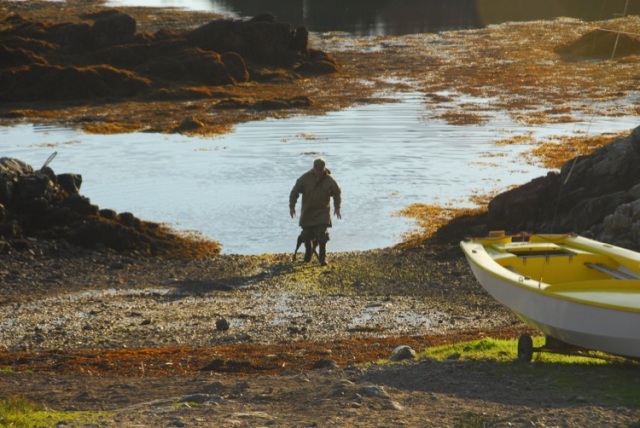 In for a dook.

It was a glorious night and the sun was beating down on the South faces. We quickly lifted the lobster pots but no luck, round the corner from Dhu Chamas we spied a good stag, then two more. They were soaking up the warmth from the late sun. 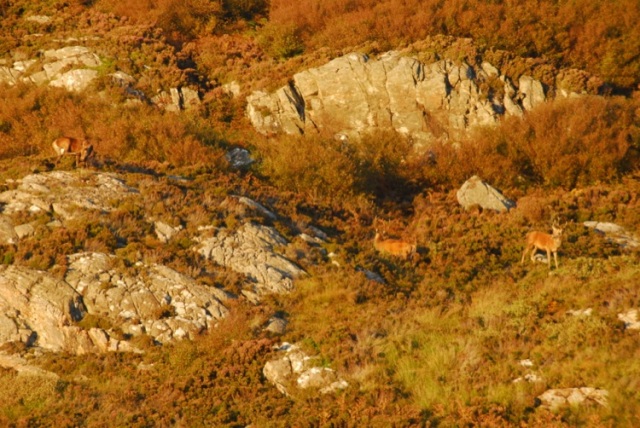 A wee yacht appeared ‘Seorus’ and they had a look at our stags too, then we spotted a very strange boat at the gap, in fact we did not know what it was. On closer inspection we found a ‘guy’ who told us he had come from Stornoway and was just heading back, he had taken two hours to get to Rona via Staffin Island so it would be pretty dark on the way back. I did not hear on the VHF if the coastguard were busy last night so I guess he made it. On asking him if everything was all right he said ‘ I’m from Stornoway’!!! 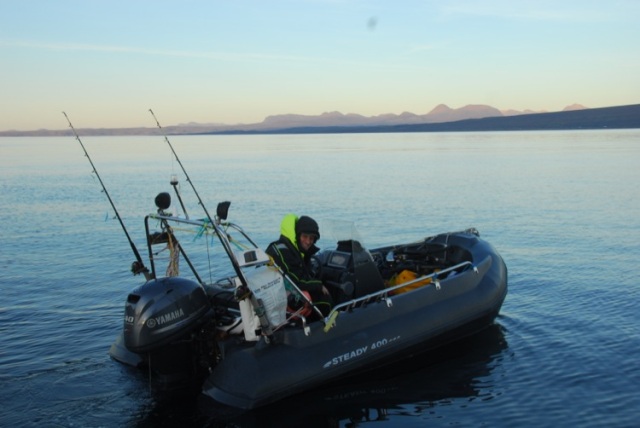 We headed back spotting quite a few hinds and calves on the tops getting away from the flies. 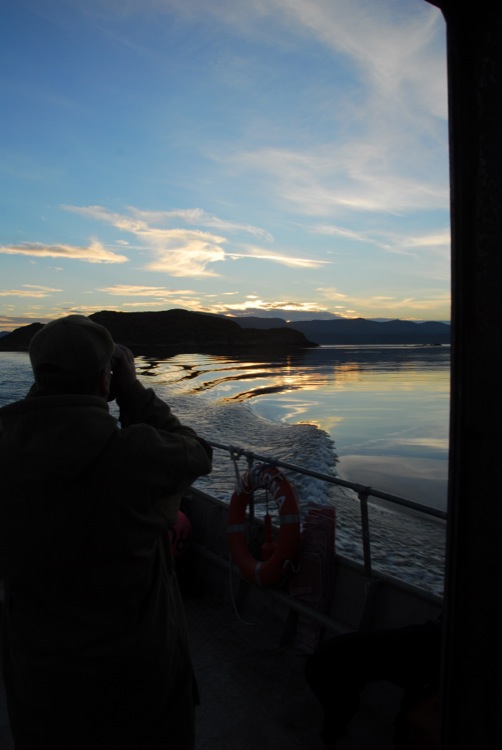 The view from Kyle Rona was superb, but not a very red sunset. As the sun disappeared we headed into the harbour overtaking Yacht Seorus at the mouth, I think giving him a line in. 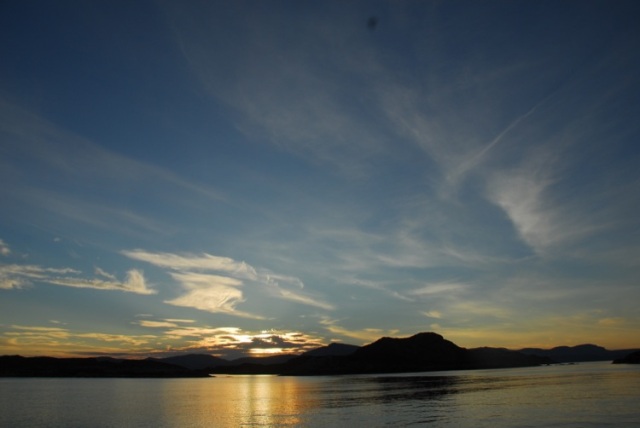 It had been a super day and more promised. 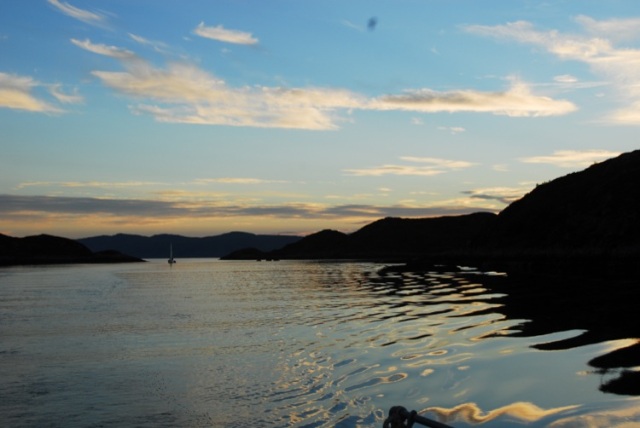 2 Responses to Just Another Day!