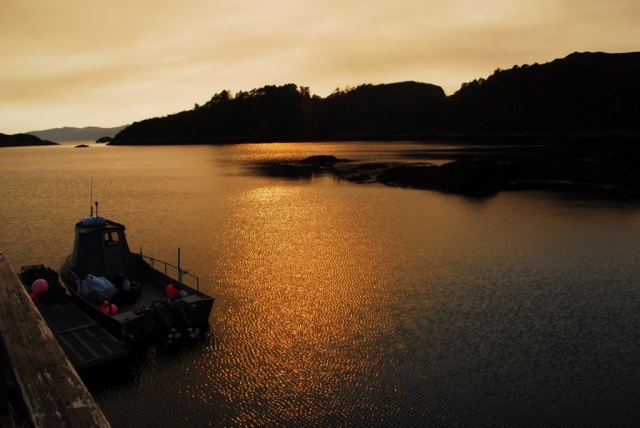 This was Wednesday evenings sunset offering! The wildfire on Scorrybreac raged all day and by late afternoon the sun was a blob trying hard through the smoke haze, it was quite a fire. Later on it got even oranger (more orange), I prefer oranger!! Such is the want of the firelighter, But I guess it is better to have a ‘controlled ‘ burn rather than leave it for years and possibly an even bigger more destructive blaze.

I did not have much time to admire it though as I was going to Portree for a shopping trip next day. Late in the afternoon a yacht appeared, I’d seen a sail lurking about for a couple of days so it was no surprise and it turned out to be Ranald Coyne, ex factor of Ardtornish now retired. His yacht ‘Aquila’ the first of the season. We exchanged pleasantries on the pontoon and they had a walk, leaving their landing fees in the box, hurrah, we are off to a good start. Joking aside it was good to see him in his late 70’s still sailing. 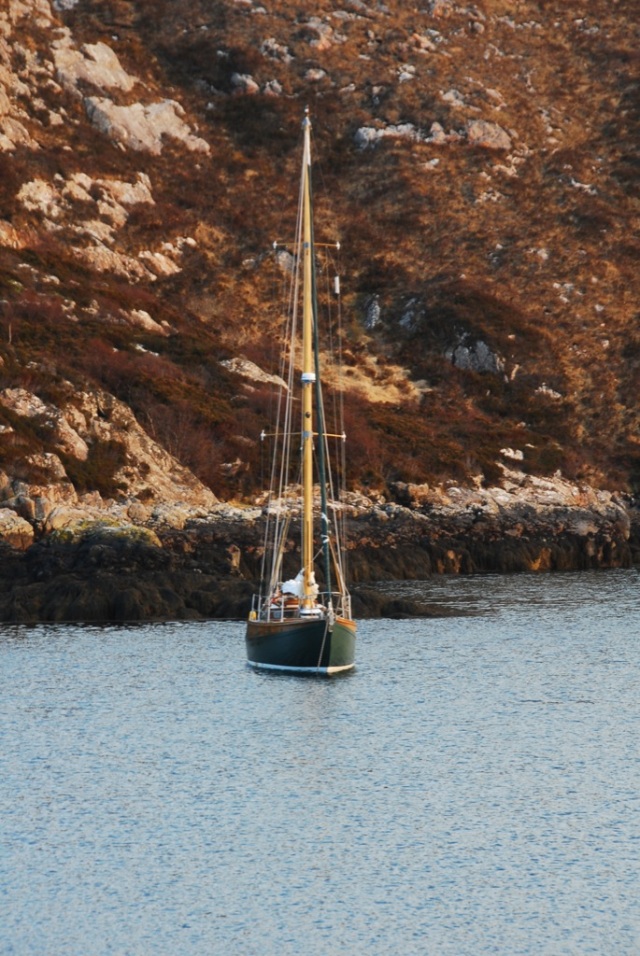 Early next morning I headed off, it was very cold and calm but very beautiful. I looked back as I cleared Big Harbour and here was a stag swimming off the island ‘Garbh Eilean’ to the main Island shore, so I turned around hoping to get a picture. Unfortunately he was just out of the water when I got back and had to take the pic’ into the sun but special to see just the same. 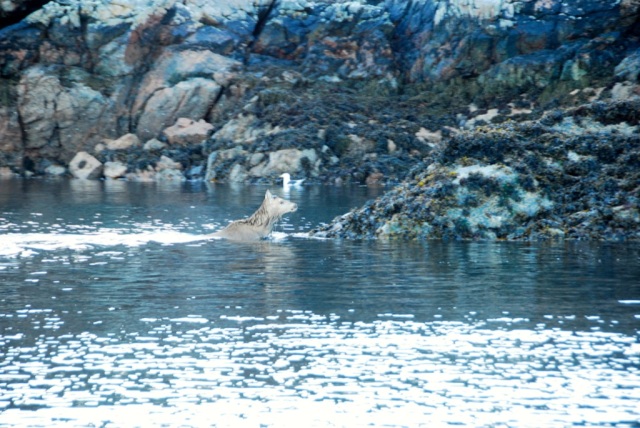 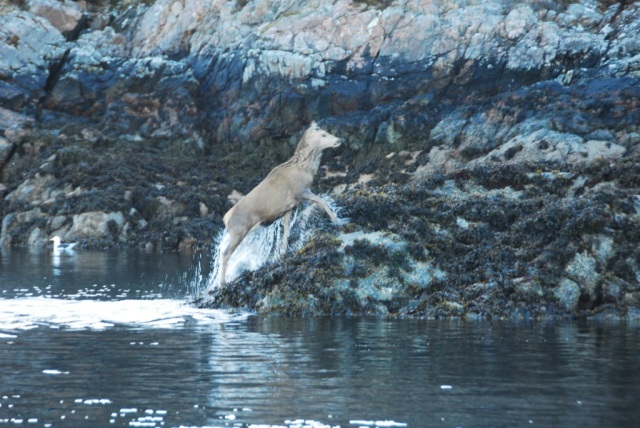 Without further ado he shook himself and set off up the hill. His antlers were cast so I formed a plan to visit the Island later. The journey to Portree was a bit anxious as the engines had been laid up and it was their first run. But it was such a beautiful morning I soon forgot about them and took in the views. 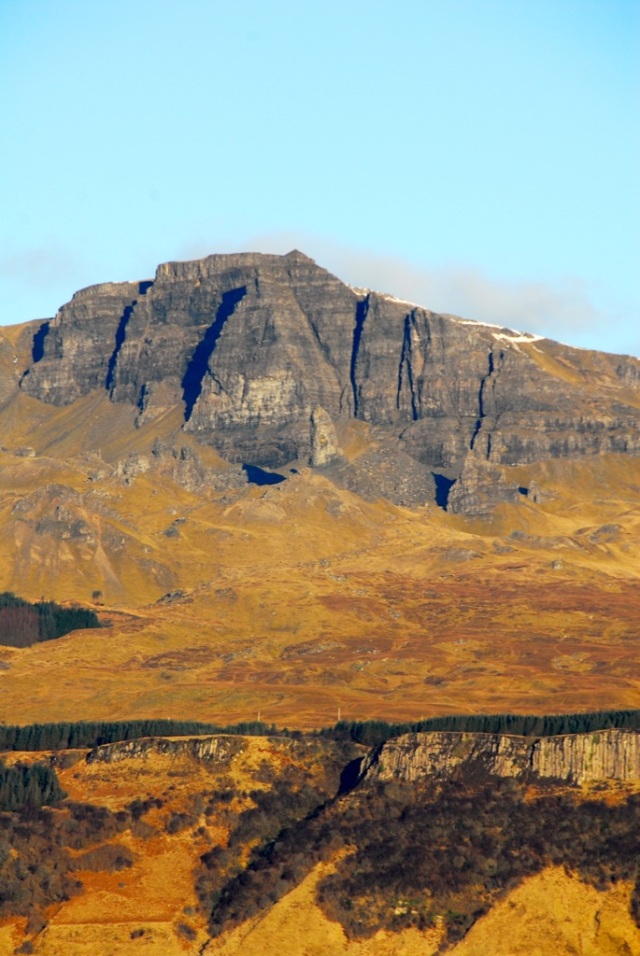 The Old Man in the Morning Sun

I was heading into Portree and the local fleet was steaming out to meet me, I was nearly there and 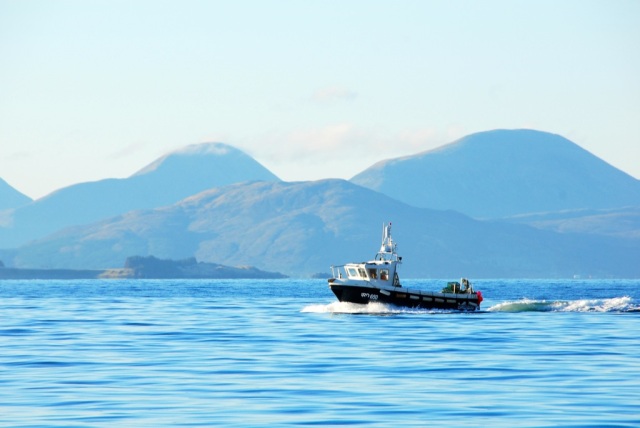 I had just got as far as the Head and one engine seemed to loose power so a call to ‘Malky’ our Portree Outboard mechanic arranged a quick visit for him to come to the pier to check out the engines. I got a bit of shopping done and left Malky to it, half an hour later the phone went. ‘Are you sitting down’ he said!! One of your engines is knackered. So I hot footed it back to the pier and Malky looking serious was tinkering. We ran the engines up and he was concerned with the rattling of the Port engine but I assured him it had been like that for the best part of last year, he remains unconvinced. But what he did do was sow a seed of doubt. (and it seems tune them nicely).

Nothing for it but to head back and after a quick cup of coffee at ‘Sluggans’ where Calum searched for a new engine on the internet for me, I headed off. I had arranged to visit my summer neighbours, Arlet and John Kater, they live on the Island of Fladda a wee bit nearer than Paul at the end of the Arinish road. They have lived there for 40 years in the summer and now they are retired they are there pretty much there most of the summer. It was good to see them waiting and always a pleasure to visit.

John rowed out to the mooring for me and once ashore I was given a warm welcome by both of them. 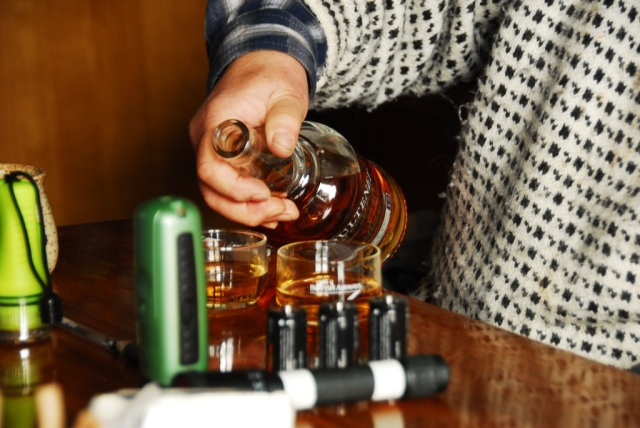 Arlet and John’s house is most interesting and nothing much has changed over the years, a new fridge has been installed and John was particularly proud of that. Arlet was very happy to have it too!! 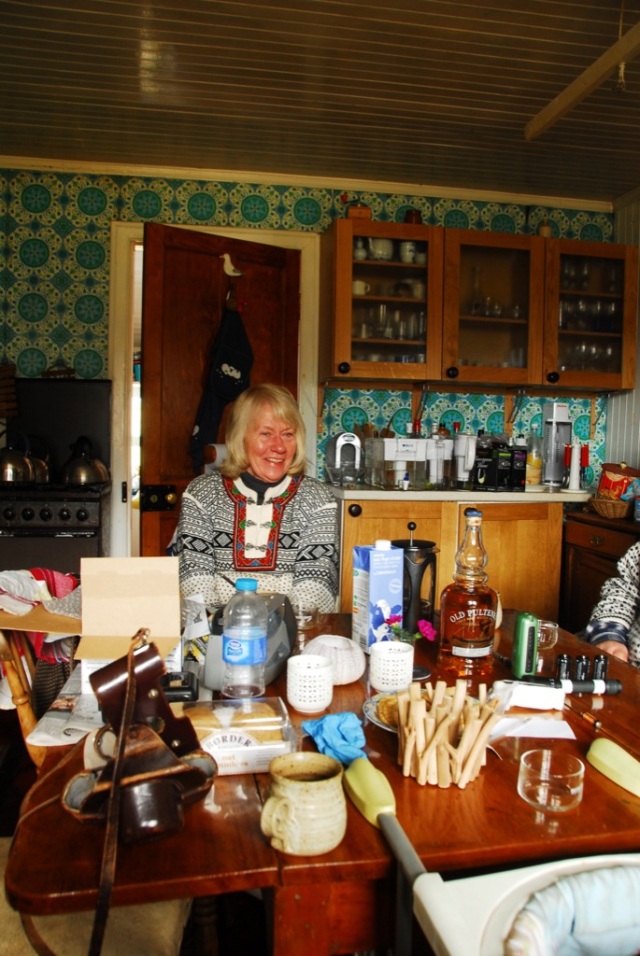 We had a good couple of hours chewing the fat and then had a tour of the gardens, the possibilities are great with a little bit of ingenuity. With the possibility of seeing the bottom of the bottle of Old Pulteney looming I made my excuses and hailed the water taxi. John took me out ably assisted by the wind and I towed him back to make sure he got into the lee of the wee harbour. 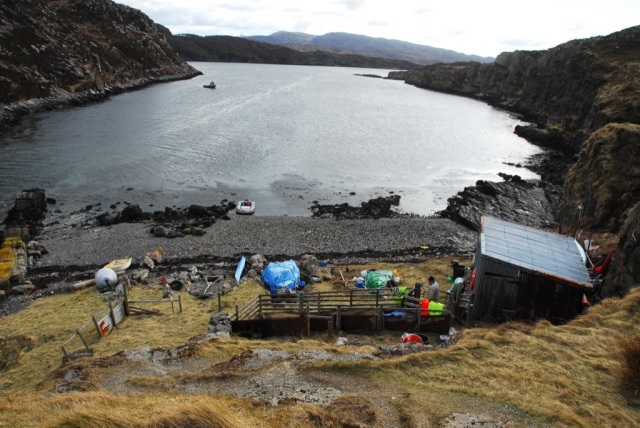 The wind had freshened and it was quite a bumpy ride home, Malkies predictions did not materialise and the MV Rona made it home at 4800rpm/13knts without missing a beat, so we will hold off on the new engine for a while.

The Seaflower had been over from Shieldaig and a kilo’ of fresh prawns  waiting for me in the utility room. I took six out (I am generous!!!) and took them over to Nick and Barbara who are in the holiday cottages, I asked them if they wanted to go antler hunting in the morning and of course they were well up for that.

Friday (to-day) they came over at 9.30am as arranged and we had a good couple of hours messing about, I found some nice driftwood but had to stay with the boat, they found one antler which was disappointing but no surprise as they are difficult to see in the long heather. 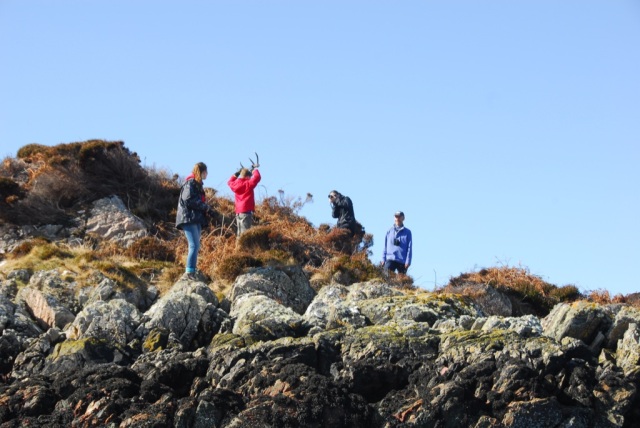 Lawrence with his antler

I was climbing a hill on the opposite side of the harbour and the stores boat for the Base went past on its Friday run. It makes all the difference to have a calm day. 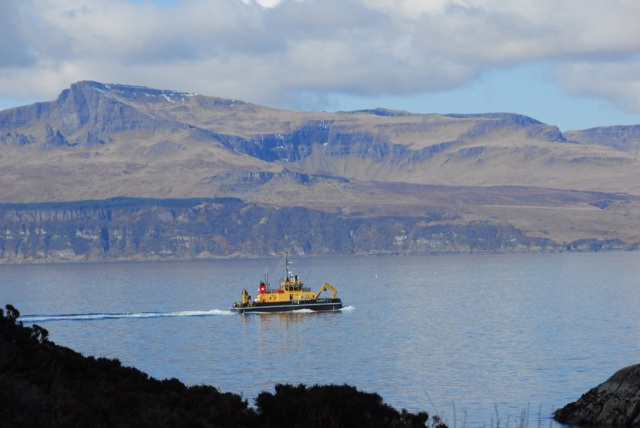 Mid morning I press ganged the Griffins to help tag and tail the new lambs but no pics as I had my hands full. They had a coffee and headed home just as the Seaflower arrived with their second trip of the week. I was happy to see them as I was invited to dinner on the boat. Last year John from his holiday home in Lonbain had been on Rona and tripped, split his head and became a little concussed. We washed him up and changed his shirt, sending him on his way repaired. This year he was back and keen that I should join them and I was very happy to accept. 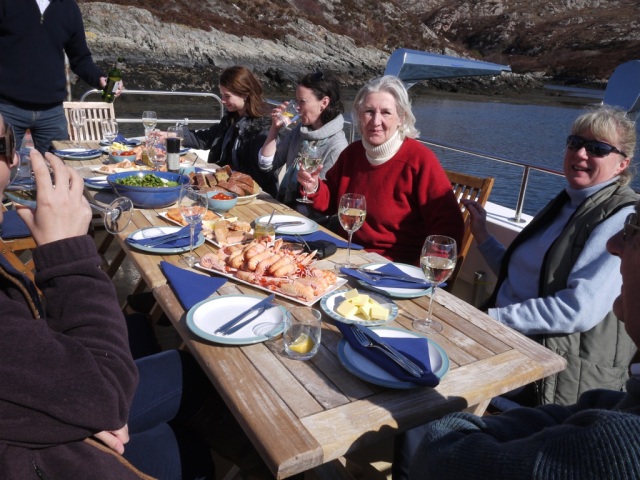 Lunch On The MV Seaflower

That was the day, they left at three, I checked the sheep and tried my best to get back into it but somehow it was proving difficult. It had been a funny day and after the news this morning about L’s Mum it felt a bit strange however as they say life goes on.

1 Response to Life Goes On.