Winter continues, I got back on Monday after a brief visit to Edinburgh where Lorraine got the train South to attend to her Mum who is not too well. The joys of living away from your family.

After a relaxed evening in Shieldaig, an early start got me back to Portree at 9.30am to find a load of timber waiting to be put on the Spindrift for Rona. it was a calm morning and we enjoyed a good sail back.

It was a spring tide at Rona and by the time we had lunch and a blether, checking all the sheds it had dropped too far to put away the delivery but I did get some boards to make a start on the second phase of the genny shed.

Battling With The Weather

I’d left it on Thursday with some self levelling cement (which had not hardened). The snow on Wednesday had tried to beat me. 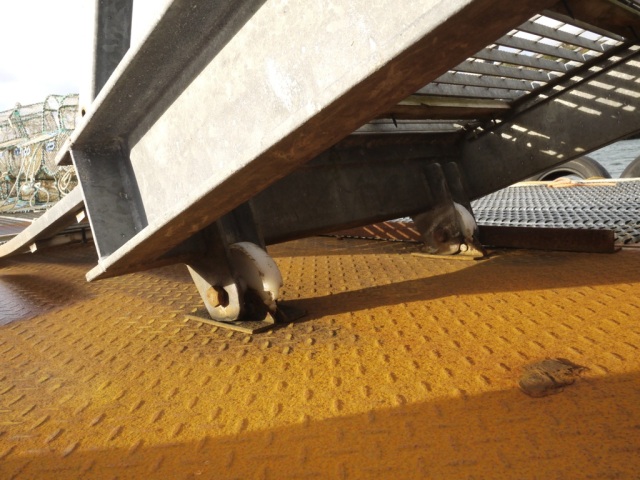 I also anticipated a visit to Inverness when we were away, to visit Caley Steel in the Longman Industrial Estate for some new feet for the gangway but time was against us. But that did not stop me carting a few bits and pieces up the gangway to get to work.

From the ferry on the way into Big Harbour we spotted twoSea Eagles, so Tuesday morning I took a walk over to the forest on the SW side. No Sea Eagles but I did see the first Oyster catchers, they are our second (noticeable) visitors, the other being a single Sheld Duck around the 19th January. I counted the seals and came to the total of 128 in the harbour here. They all looked in good condition, there must be plenty food for them around the Island. I haven’t seen so many here since I arrived in 2002!!

The sun was trying to get out and it did throw some interesting light of the trees. I had a wee look for walking sticks and earmarked some interesting specimens. I fancy this one with the honeysuckle root twisted round it.

Back to the shed and by 6pm I had taken it as far as the material allowed. It was very cold but moving about kept me warmish. All I need now is some Onduline sheet for the roof and lead flashings, a wee bit of work on the door and it will be another tick in the box. At least the electrical equipment will be dry. 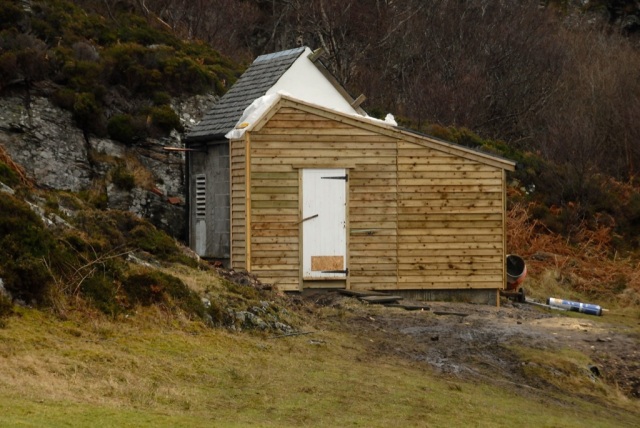 First thing to-day this was the bay, but by tea time it was white with Spindrift and as I write this it is howling, the vents are clattering and all the drafts are becoming apparent, fingers crossed for a calmer day tomorrow.

Once I sorted out my housework, I made a dash for a stock of firewood for the Lodge, I had run out early evening the night before and it became pretty cold. Although to-day I found a hole in the cupboard where a small sheet of plasterboard had been blown in, letting in a half gale. Needless to say it is warmer tonight after sticking it back in place. 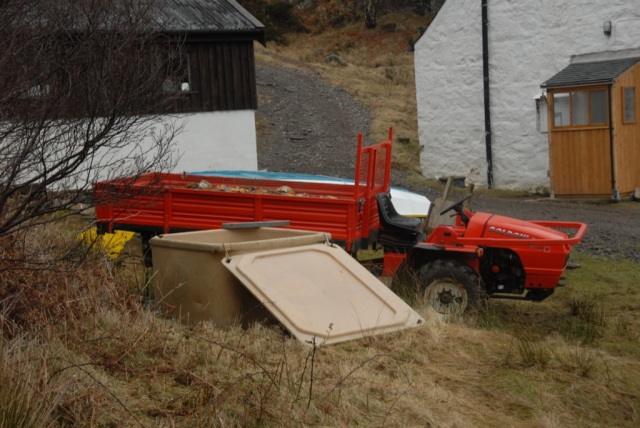 Stocking Up Before The Storm.

Last thing I checked the cabin door, it had been leaking but a bit of ingenuity with some damp course ‘seems’ to have deflected the rain, we’ll find out tomorrow if it is successful, it is having a real test tonight.