Well it just went straight into winter, or so it seems. If the temperature was a few degrees less it could be November, it has been strong winds to severe gales since Friday.

Leaving Rona on the Spindrift into the high seas

Everyone looks happy leaving Rona and Pam reported that it was not as bad as it looked but that was friday and the visitors were supposed to go away Saturday. The reason that they were a day early was because the forecast was very poor and so it was. Up in the 7’s most of Saturday but 8to 9 sometimes. Not a good day to have changeover. Just as well they went off Friday because it is still blowing a gale at 9pm Sunday evening.

In with the mail and stores we got our new fire signs,  a bit ironic with rain falling since they arrived, they are based on the old Forestry Commission signs, supplied by Vital Signs Portree. Hopefully it will deter the fire raisers next season.

The new arrivals were happy to get over a day early and when we went over to check the water supply we found Douglas sitting outside, he’d been quick to collect mussels for T, even in the rain!!

Douglas and Catherine come every year since 2007 on their wedding anniversary, they love it rain and all. Especially the mussels.

Believe it or not but the Dry Harbour well is still pretty empty even with the rain. On the way up to the well I saw the swallows flying about the barn up in the settlement, so I said to L that we should have a look at their ‘old’ nest. We were astonished to see three wee chicks poking their beaks out of the nest, very strange to be so late on the 1st of September, sadly I would imagine they are too late to survive but we are on the case. 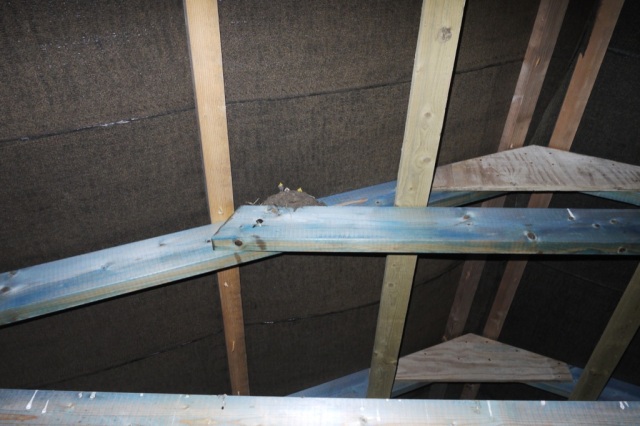 To-day it was same old, apart from a couple of hours of broken cloud, dry and sunny. The yachts that had been stormbound left and early in the afternoon the wind picked up again with grey heavy clouds approaching. A quick check at the Dry Harbour well showed no change, L cleaned up the empty cottage and I used up the last pile of boards at the chalet, I’m almost finished outside just 20 more should do it. 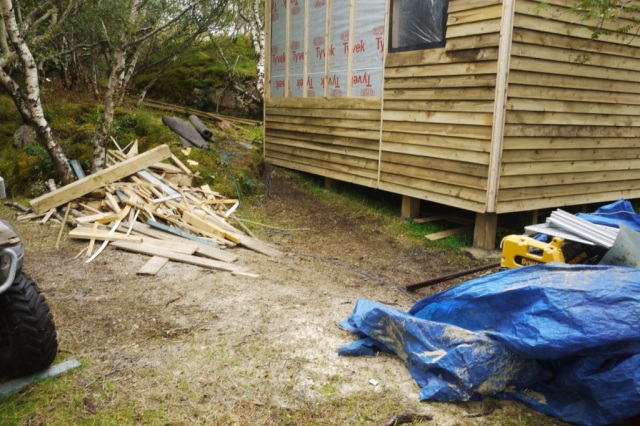 We’ll not be short of firewood!!

A yacht arrived late afternoon, ‘Ocean Lord’,  he tried to anchor but it was safer and easier I guess to go on the mooring and as I write the wind is fairly rocking the house, goodness knows where they are going tomorrow the forecast just said 60mph for this area, it should be interesting!!