At Last An Update

Been a while since I blogged, the hold up, photo disaster on my new Mac. I lost all the photos but as usual they were hiding in a sub file or something, it took a few days to sort out but here we are: 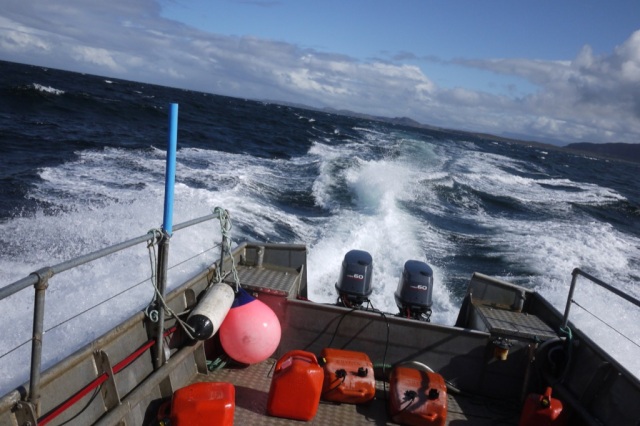 Last Saturday I abandoned L on Rona and took off to Inverness for my son’s 30th birthday party. Calum and Irene were in attendance so I didn’t feel so bad even after opening the door of Skyescape to find it in a bit of a mess (understatement). 4 hours later I was in Inverness and Lorraine and Irene had just finished cleaning the cottage. It had been a good morning but the wind had got up and it was a very bouncy ride over.

Not surprising the heaven’s opened at the party but the shelters worked and although it felt more like November it was a good night. Next day I forgot to leave my son’s pressy so a quick visit was a real pleasure because my Grand Daughter was up and about and I didn’t scare here this time!!! 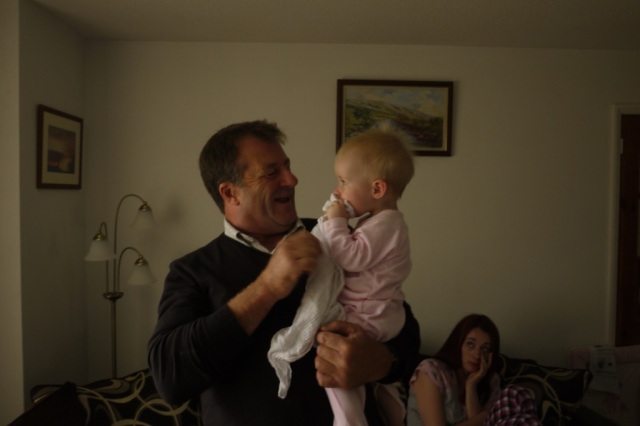 I was pretty tired so a race around the shops and back up the road then over to Rona.

I forgot to mention that when I was helping  L in the Escape cottage Saturday morning before heading to Inverness L asked me to open the kitchen window, unfortunately my camera swung into the full bleached sink and gave it a ‘dunking’ . Not good for digital cameras so for a while my pics’ are a bit dark. It survives, just!

On the way into the harbour I came on a cruise ship, http://www.northernlight-uk.com/Hjalmar Bjørge. They had deposited their passengers on Rona BUT called in to pay their landing dues, many thanks a great improvement.

As usual there was a load of shopping and L’s birthday present so it was good to get a hand to unload on the new landing stage.

It was good to get a read of a Sunday paper on Sunday.

Monday morning back to reality and for the fourth week I had to start off transporting 1800litres of water to Dry Harbour, even after the rain the aquifer still fails to fill the well. As we were filling the tank a Yacht came in ‘Sandpiper’ one of Mark Entwhistles at http://www.Isleof skyeyachts.co.uk with 9 on board, they were very curious folk!! But were keen to visit their friends who were renting one of our cottages.

Turns out they had plenty time because a full gale blew up and they were stormbound for an extra day. Quite hard to believe but it was gloriously sunny in the afternoon as we walked back from the delivery of the water to Dry Harbour. An ideal chance to clear all the big stones off the road.

Once over the hill the cloud could be seen approaching later in the evening the gale and rain arrived, next morning this was the view of Yacht Sandpiper, in the grey mist swinging about.

It was a good day however, I got on with the summer house and started cladding the inside walls. Next day Wednesday I shot out early and lifted my creels, it’s late in the season so no point in carrying on fishing, the cottages are getting quieter and the boat trips are slow. I put MV Rona on the shore and headed over to Dry Harbour with some crabs for Gemma and Serge, their wee one was intrigued at the Octopus I took over for them to see. 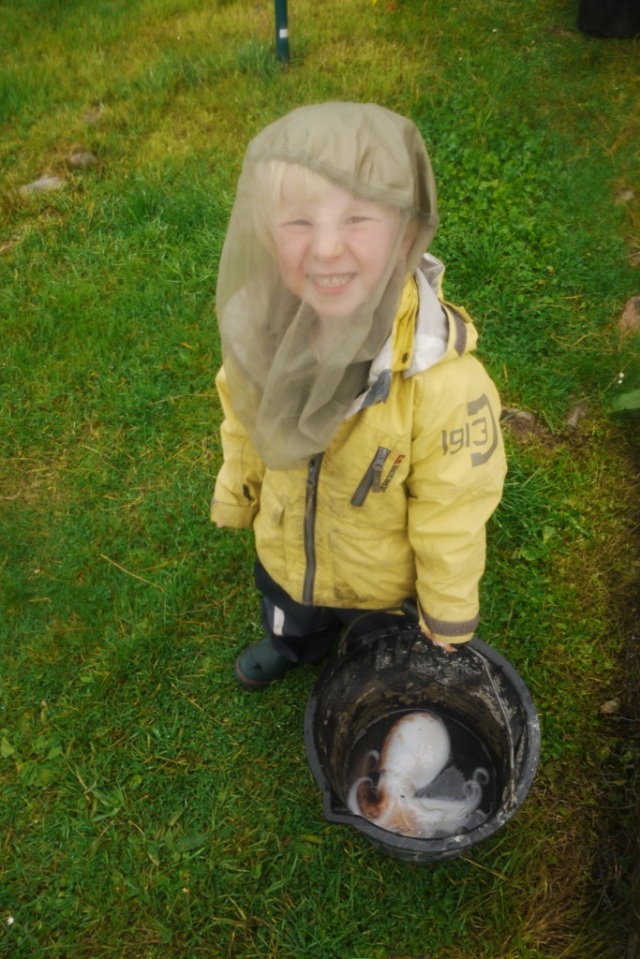 Olly in the bucket.

Creels In For The Winter.

It really was a poor day after that with rain , midgies, then cold, like November again. Thursday morning it was the exact opposite, glorious sunshine a North breeze and warm in the shelter. A good day to finish the roofing on the summer house.

The plan was to sort out the sheep but the weather was too good so I got the creels off the boat, thanks to Frank ex Yacht ‘Thursdays Child’ and his crew, who are the crew/owners of Yacht Greylag a 115 year old yacht that visits but this year she didn’t sail, good to see them. All travelling together in Frank’s new yacht (only 37 years old/not the Wayfarer). 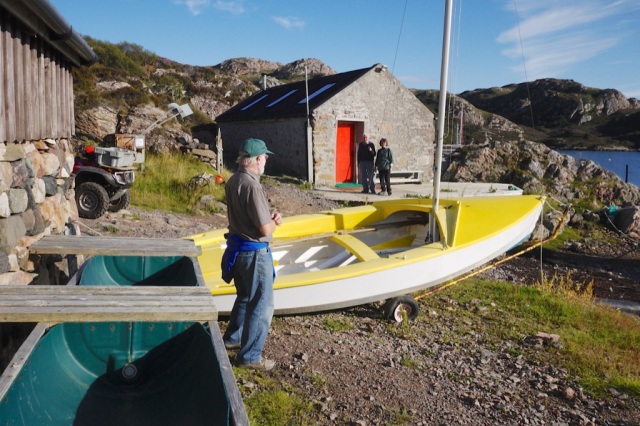 Getting a Helping Hand

Good to see the camera is taking brighter pictures. Must go to bed, windy tomorrow so an early depart we think for our guests, the forecast for the weekend is for gales!!!