It’s the Queen’s day to-day but life continues uninterrupted by street parties on Rona, although we did stop to have a look at the flotilla on the rainy Thames on TV. I don’t suppose the blind stag was aware of the Jubilee first thing this morning.

Here he is outside the larder but very much alive. He’s been around Rona Lodge for years and we only discovered he had problems with his sight a couple of winters back. Often when we drove past him he would make out he saw us but invariably he was looking in another direction, only when he was right outside the house we discovered he could not see us waving at him and shining a very bright torch in his eyes. But he is happy to be around Rona Lodge so we’ll be happy to leave him alone. I finished the larder to-day so it wont be long before we have venison for sale to go with the veg’ and shell fish.

L and George en route to the polytunnel. 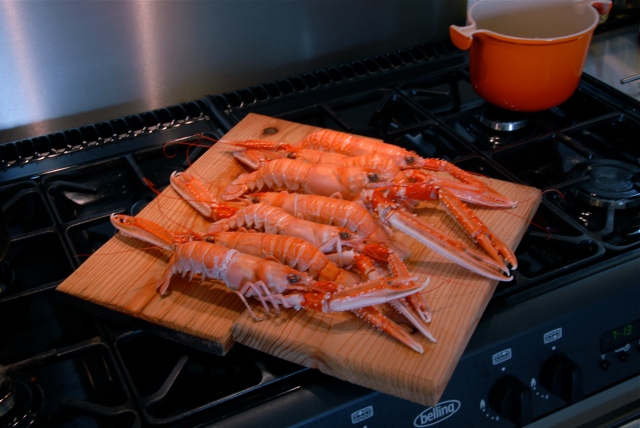 After lunch I ran out of steam but wanted to finish a few jobs one being the Wayfarer prep’. I think I might sell it as I’m not using it much but we will see. 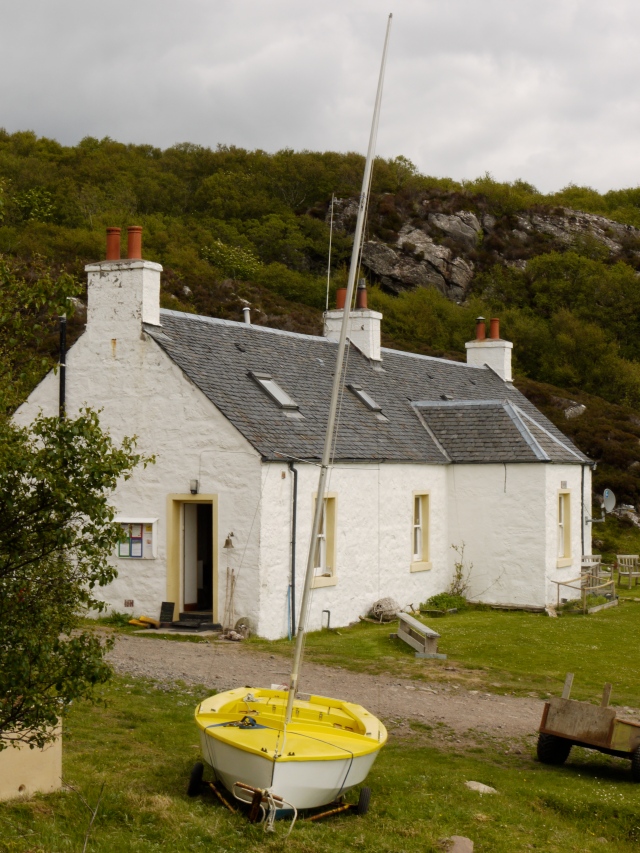 After finishing the dinghy it was time to slow down, the weather was good but a very strong wind had sprung up again, it didn’t stop yachts leaving and a couple arrived later in the afternoon.

Better to be on dry land with a wind like that.

I've been living on the island since April 2002, alone for the first 5 years, my partner L joined me in 2007. We manage the Island for a Danish family who bought the Island in the early 90's. Their hopes for the Island are to make it self sufficient supporting its inhabitants and that is where we come in. We look after the stock, 3 holiday cottages, machinery, boat and of course the visitors. It is pretty challenging but it is a beautiful place to live and work, we love it and strangely enough we love it even more in the depths of winter when all is quiet apart from the gales and rain. We do a bit of fishing, stock work, stalking deer and loads of other stuff. We have good support from lots of people whom we have met over the years and have become involved in the Island. Too many to mention here but keep an eye on the blog, they'll be there for sure in the future.
View all posts by Bill Cowie →
This entry was posted in Daily Doings. Bookmark the permalink.