Now Where Were We…….

I started the last blog with a sunrise, here are a few other photos of another one a few days later, The wind is in the East, the weather is fantastic and has been since the monsoon last time I blogged but for how long……. 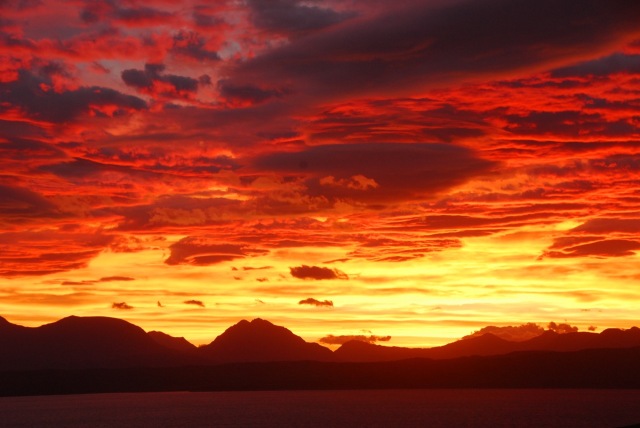 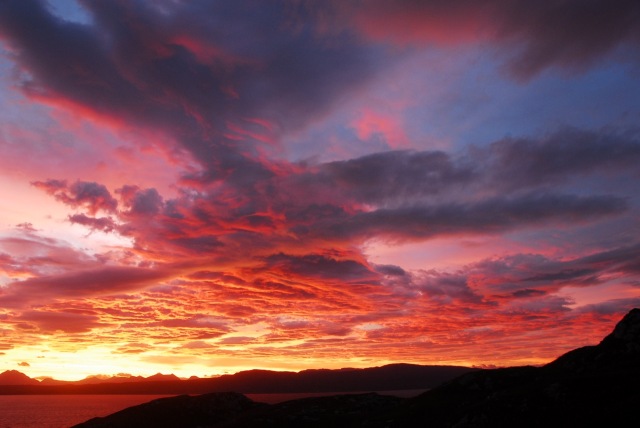 There have been a few of these lovely mornings lately, well worth getting out of bed for. 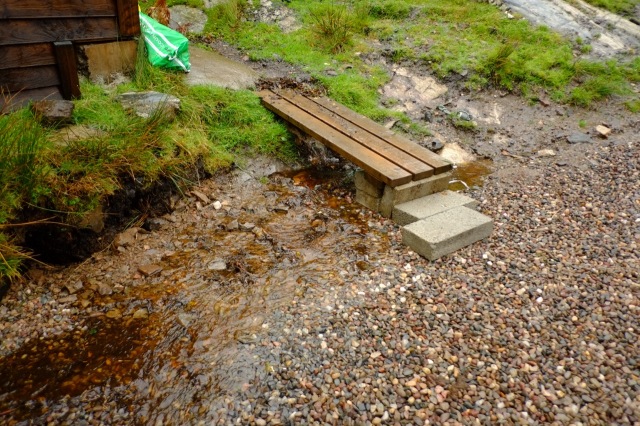 But just before the sunrises more rain but this was three weeks ago, it was grim. Just after the Equinox, anyone coming to Scotland during that week must have wondered………..

The deer are about for sure in good numbers, perhaps we have reached our peak population, we are on the numbers? Who needs a mower. 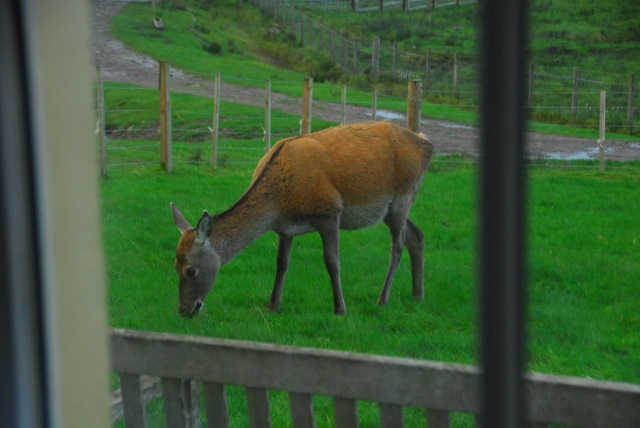 Our first Danish hunters arrived 24th September but the rain did not dampen their enthusiasm. It was a return trip for Per, Knud and Peter, they had for sure much better weather last time 4 years ago.

In between the mini winter we had there were some lovely moments during their week though and good breaks in the weather giving us stunning views.

Fishing was good although the big old stags were elusive. 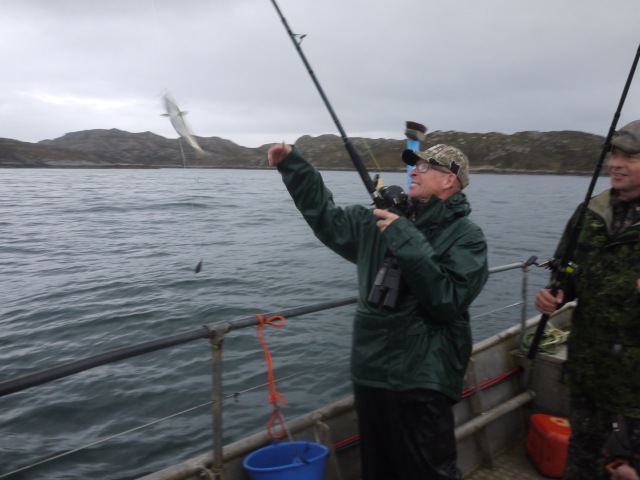 Their week was curtailed due to the storm forecast, it did not materialise but it was better with flights to catch to head off 1 day early. We hope they were not too disappointed. 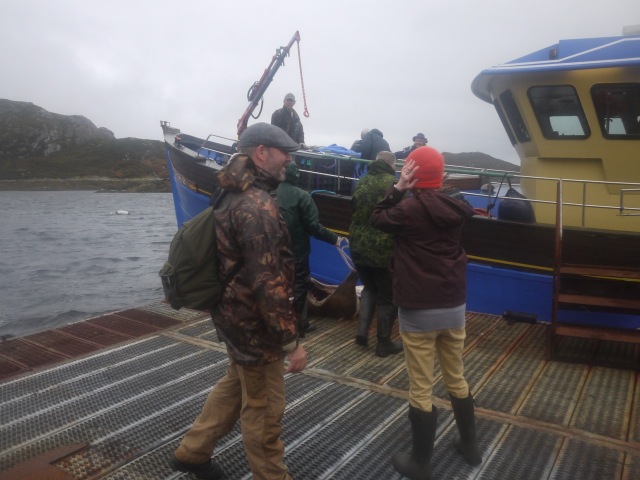 The next Friday the weather showed a steady improvement as the jetstream shifted.

In between guests there was a chance to do a bit of drainage, the rains had shown weak areas, this was my chance. The newly roofed shed has quite a bit of water coming in so it was good to relieve some of it.

This road was in danger of washing away and washing the road away with the force of the previous weeks rains coming over the drain (which I think did not exist?), good to get this done.

All was going very well looking to finish early when the aerial of the jeep broke, with the motor running constantly the electrics had decided to keep it going. I could not find a fuse or was able to stop it so on Friday night I was in the guts of the jeep and what a job to find the connection. Find it I did 2 hours later, very frustrating when an early finish was on the cards. 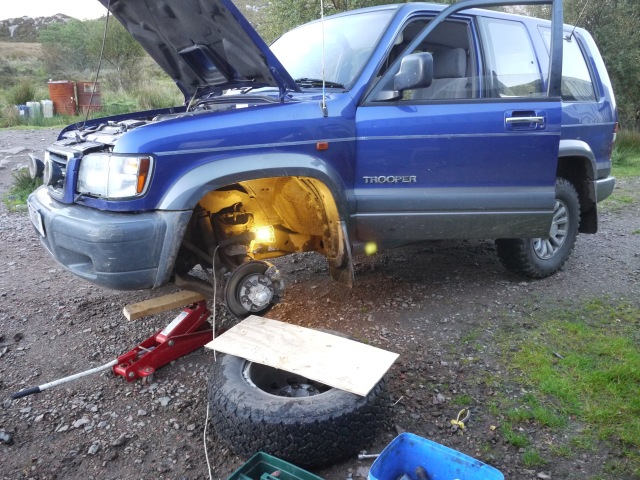 Saturday Mark arrived with our new sofas on MV Aspire.

We got them off and duly delivered. the weather had improved and the forecast was very promising. 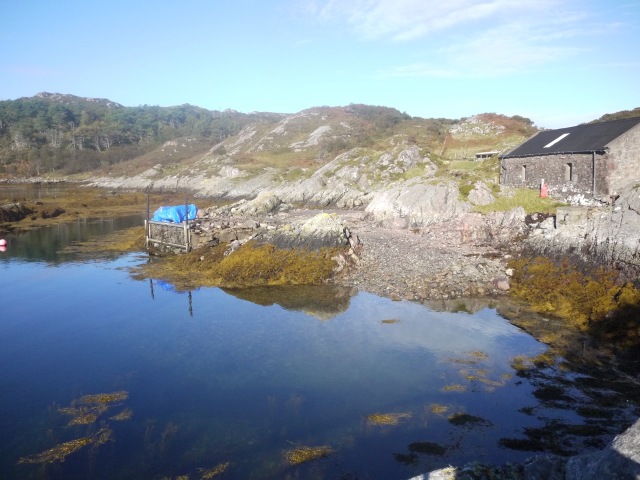 We had a booking for that night which had been previously cancelled for 4 guys on their RIB so we were keen to get the Cabin 32 up to speed and as they had asked for a dinner we had a full on day getting the Crew Pot together for them. 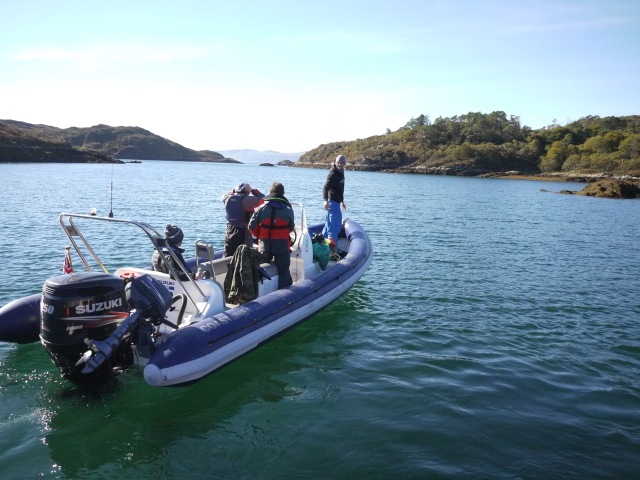 After a calm night and full stomachs the guys were away mid morning and it was back to cleaning and prep’ for the next Danish invasion. 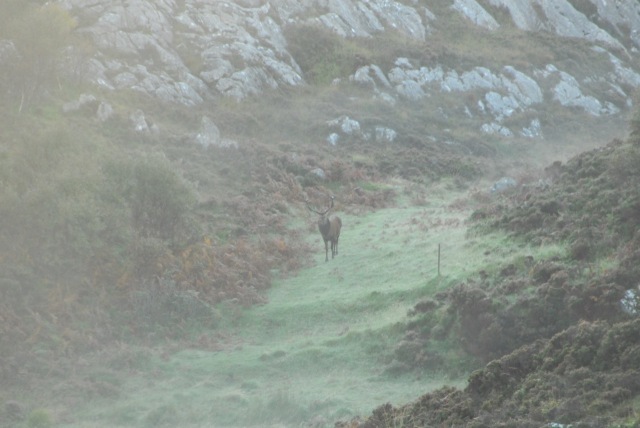 There is always time to take a prowl in the morning in between guests and I was pleased to see this stag back for this years rut, he was Master Stag the year before but he looked sore and I suspect he had been fighting.

It was a good but cold run out in the morning.

Monday first thing our party of 12 Danes arrived for a three day break, it promised to be a full on three days and the week did not disappoint. Again first stop for visiting hunters is to make sure they can use the rifle and are acquaint with it. 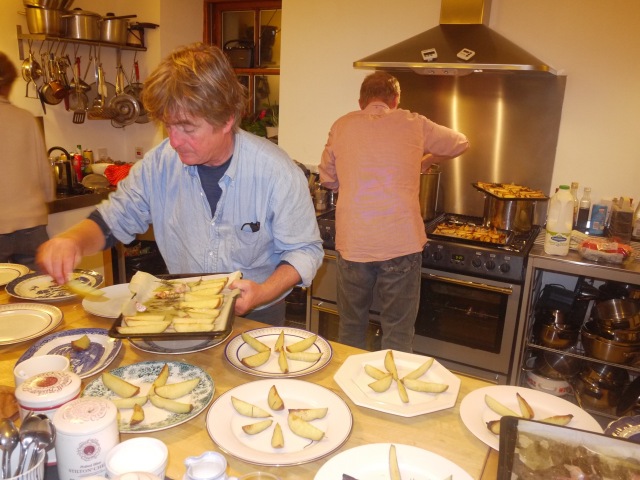 It is all About The Food

It was mostly about the food too with some good fishing and raids on the freezer for venison giving us many memorable meals. 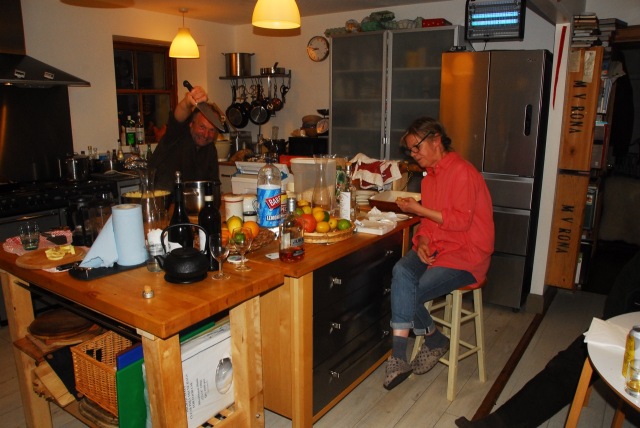 The Kitchen In Full Flow

Everyone mucked in, Mark was out stalking with some guests, I was fishing with others, Lorraine and Arne were holding the fort.

The weather was brilliant and astonishing as it just got hotter and hotter.

The stalking was going well with quite a few cull stags about, the guests had good stalking packed into three days.

Mark came across this calf which had obviously caught its hoof in a fence or rock? It was repairing but it was pretty weak so the decision was made to cull it, I doubt if it would survive the winter. 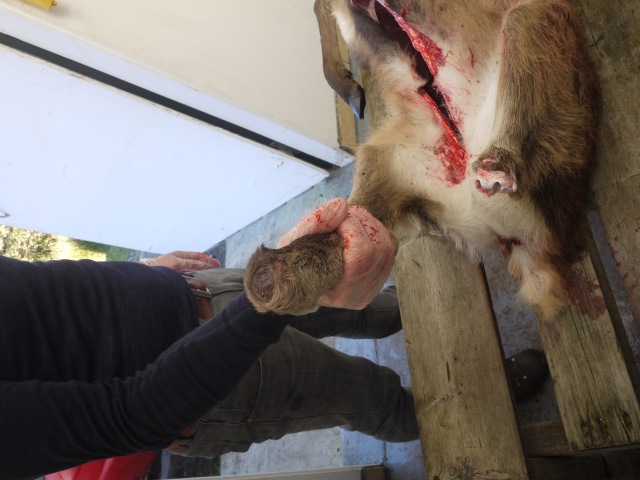 The last day of this weeks visit I took Hans now retired down to the South to meet up with the stalking party, there were stags all around, a very lively scene.

We stopped off on one of the viewpoints and spent a very nice relaxing hour having a wee whisky and having a chat, a fascinating guy Hans who used to own a butchers shop in Copenhagen. Most of the talk was about sheep and cows as you can imagine. 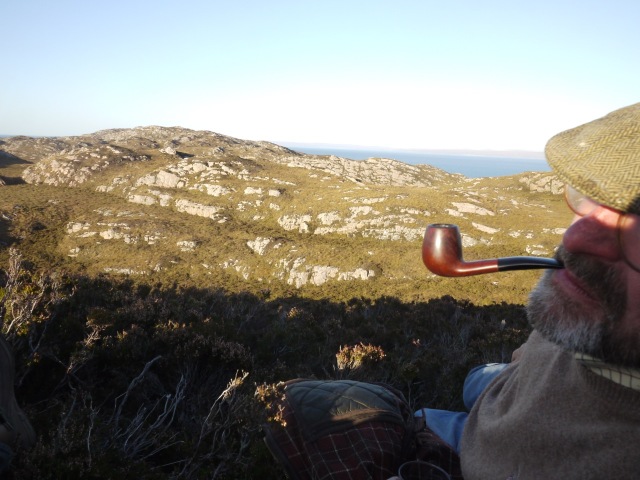 Taking it Easy With Hans

The weather was so good that it was  no surprise to see a yacht coming in late in the week. By the weekend we had 4 yachts in on Friday night plus passing kayakers. 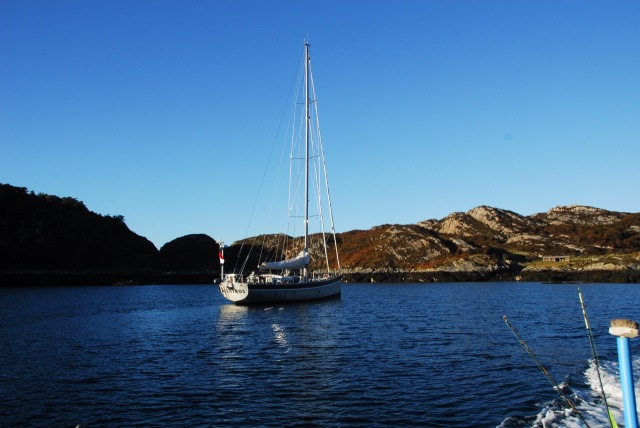 We had passed this yacht coming in on our way out to drop Mark off with the stalking guests. The wind was such that it was easiest to do that rather than try to go around the wind. 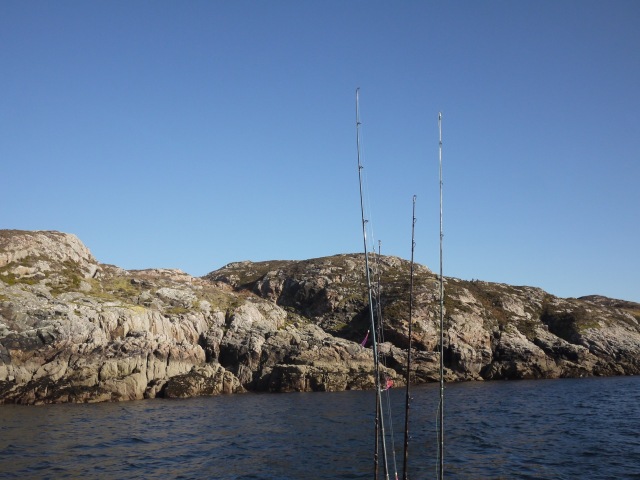 It was interesting to watch the stalkers heading out the hill totally oblivious to the deer to their left!!!!!!

But they had success so on the last night the champagne was flowing and Caljohan showed us how to open the bottles using his not so sharp knife, quite scary.

The last dinner was very long and the wine/rum/whisky was flowing. it was a bit of a shock to the system at 7am the next morning with the aspire on the horizon.

We were ready for them though and had the deer carcasses on the pontoon by the time they got here.

New Guests Dropped Off Up North

That was the Thursday so it was head down and getting ready for Frank and Heiko from Germany. Frank was here on his kayak last year and when he found out we had deer on the Island and had stalking weeks he booked up for a return visit. After a trial of the rifles we were off to the North end as the wind was out of the South, I dropped them off and they worked their way back. 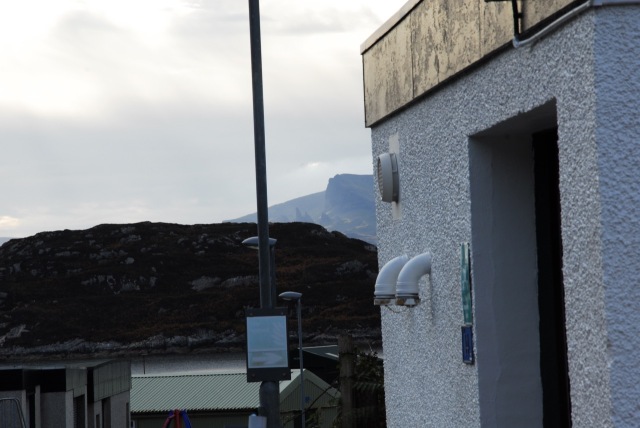 The Old Man of Storr From the Base

I headed home to have a late breakfast on that day, Yacht Sula was moored in the harbour a late charter which turned out to be a journalist ‘doing’ an article on the area.

They spent quite a bit of time at the mouth of the harbour getting their pictures and dodging the rocks, certainly a good week for them.

Again another stunning day with the air so clean that you can see the boulders on the faces of the Torridon hills from Rona with the binoculars.

Day two of the visitors outings and this old stag was culled, always sad to see the end of such a fine deer but he was at that stage and with our deer management plan in place sometimes there is no room for sentimentality.

To-day (Wednesday 12th Oct) the sun is going away as the cloud moves in, hopefully temporary but who knows. This old stag who is very tired after days of holding hinds, stiff too with all his roaring and fighting, was sleeping it off just below Meal this afternoon. He is quite safe, a pretty impressive head, we call him the TV Screen! On the skyline it is one of the many ways we describe the shape of the head when spying. 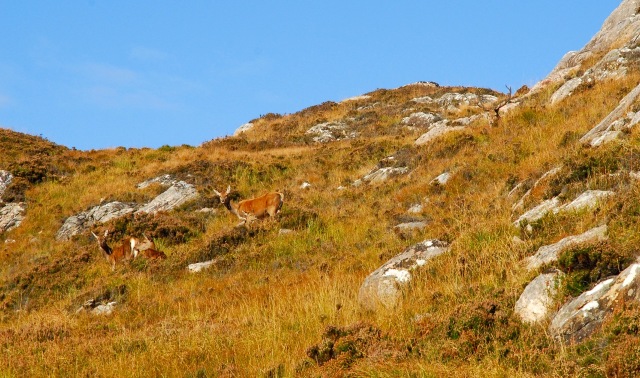 The stalking and busy time with visitors is nearly over. There are a few boats about, a yacht passed to-day heading North, lucky they can catch a few late Autumn days.

More at the end of the rut on the stalking page, hopefully when I get time……..