Too Much To Do and No Time To Do It

It is what it is here, the busy season and the fact that we have started the house building project just adds to the workload. Here’s a load of pictures of what we have been up to this last three weeks, short explanation provided but no long story, I’m playing catch up.

Seems like ages ago Matt and Helen who were over from Greenland, were here!!! On honeymoon but keen to get out on the water, the weather was soooooo good then.

The growth this year is phenomenal. Even George the Cat was feeling the heat.

Matt offered to lend a hand, I’m always on the look out for volunteers.

The shed was coming together but all to soon it was time for Matt and Helen to leave and of course the weather blew up, so nothing for it but the bumpy ride over to Big Harbour for the kayaks they had with them. 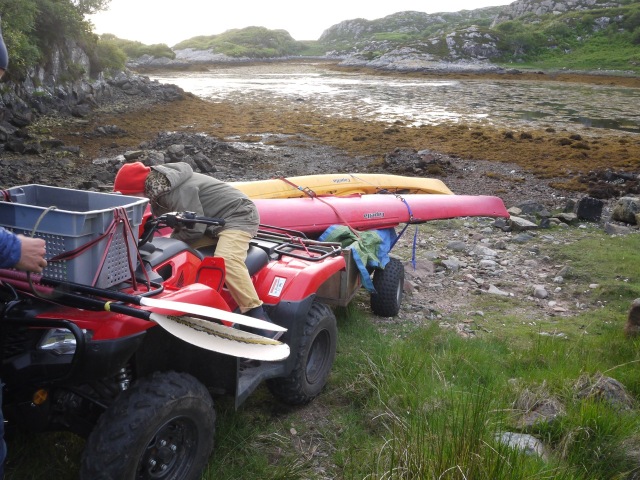 Too Rough to Paddle

Our guests left on Saturday 18th of June and Hugh, Ian and Nicky arrived then. Hugh back to the grind and Ian here for some joiner work/holiday!! 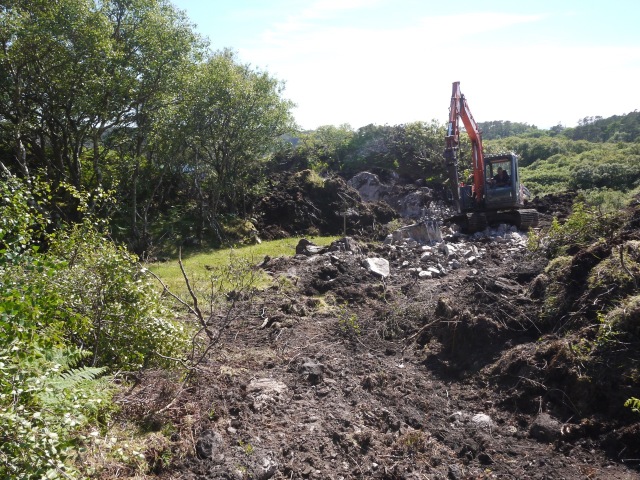 The weather was great for the first half of the week, so it made for a clean job.

Some old timers had to come down, but needs must.

The site at last started to take on some meaning. We could just about imagine the house. 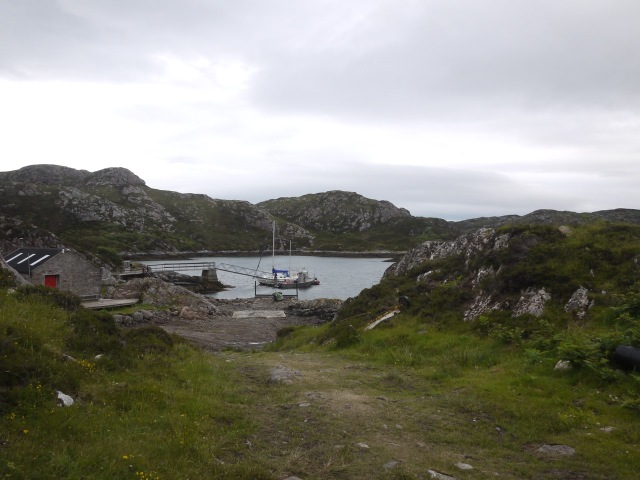 But in the middle of it all the wind blew and some of our visiting yachts struggled to hold, this one ended up alongside the pontoon, not by design I may add. 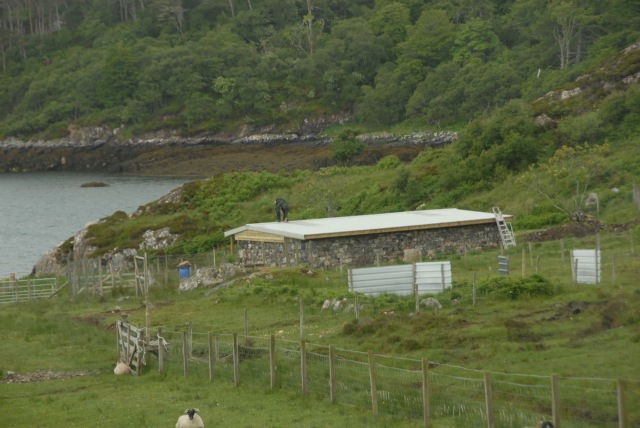 Safer If I’m Off The Roof

After I fell off this roof on the Sunday Ian got on with it and I watched, sore!! 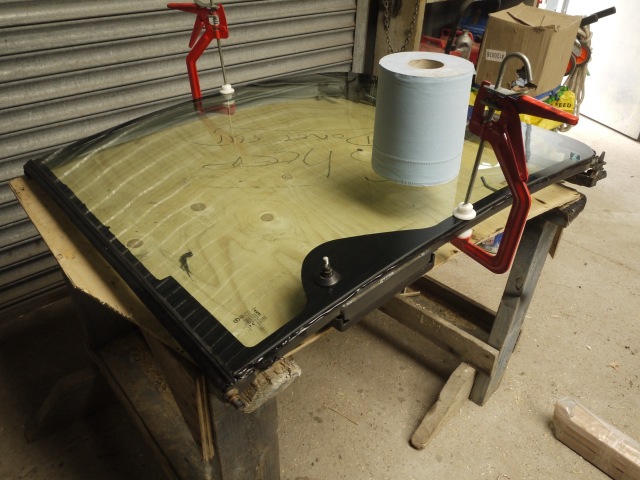 Hugh had burst the wind screen of the digger a stone had shot through it, one of the first breakages, more to follow.

First of The Season

A wee bit of rain and chantrelle mushrooms were mentioned, we had a look and the first of the season were in the pan, they were delicious.

Ian brought over some wet wall board for the venison cutting area, so I had to shift a socket, a simple job but it grew arms and legs but we got there.

We wanted to mark out the corners of the house but the tape was not long enough, simple, we just measured 10 metres of rope and taped it on to the end of the surveyors tape. 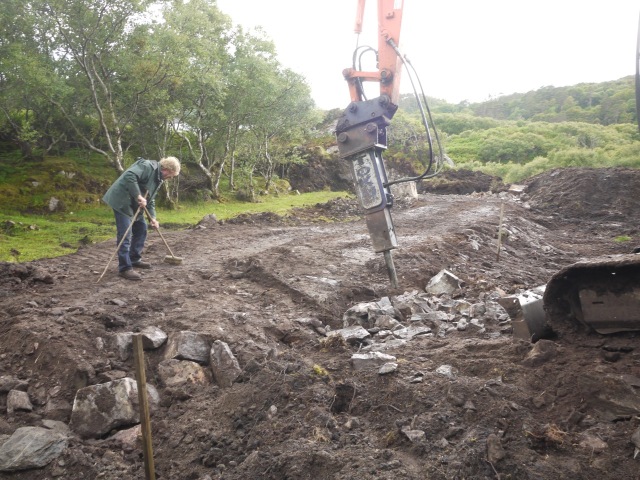 Ian’s attention to detail was, well, a bit over the top!!!! 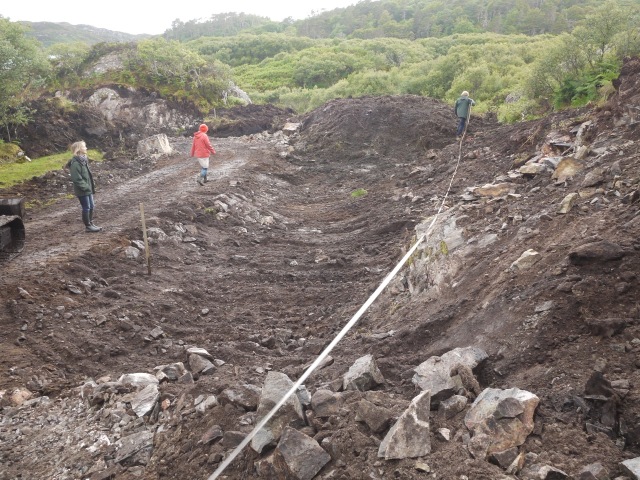 After a fashion we got there but the lazer level was still on Raasay, it would appear on the following Saturday. 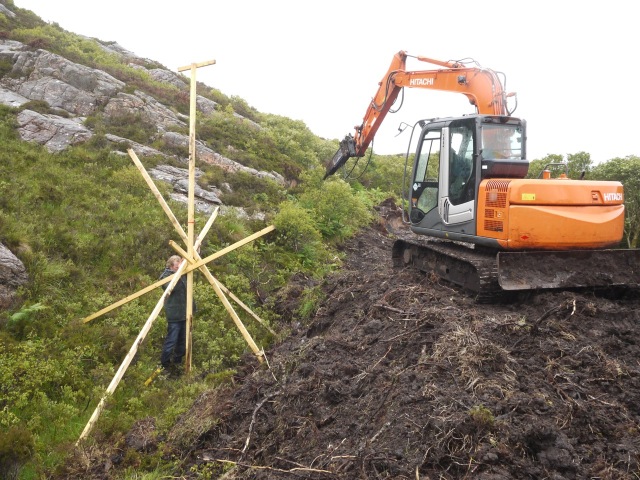 We wanted to see the ‘proposed’ finished floor level so we put up a measure on top of the Datum point, looked scarily high.

The Totem Pole From a Distance

It looks a bit more exaggerated than it really is, honest.

Hugh was lucky to find sufficient rock on site which helped immensely. 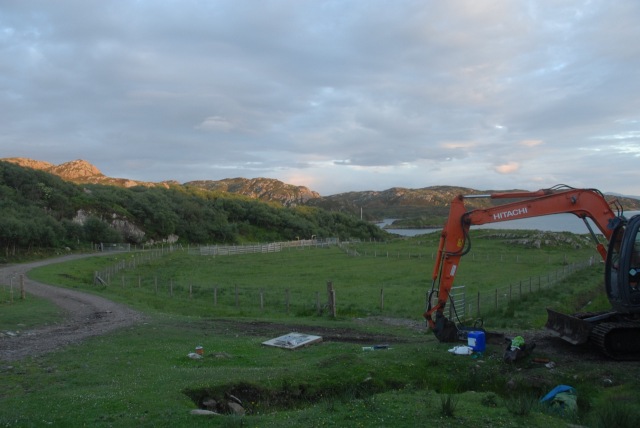 Finished For The Day

All in all a good week so far and finishing up on the Wednesday the 22nd of June on a lovely night.

Sun still shining but the forecast was for rain, the pressure was on, get as much done before the monsoon. 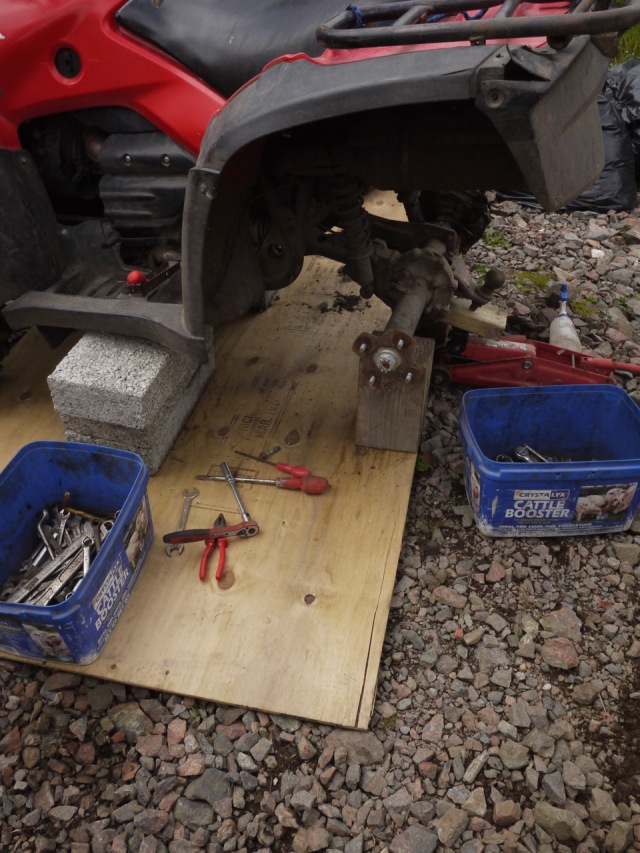 Back Bearing in bits

In the meantime in between Hugh pecking away and Ian joinering we put new bearings into the old bike.

At Last The Front Door

We had had new door posts for the front door and seals for a couple of years lying in the shed, so it was good to get them fitted at last, good job Ian. 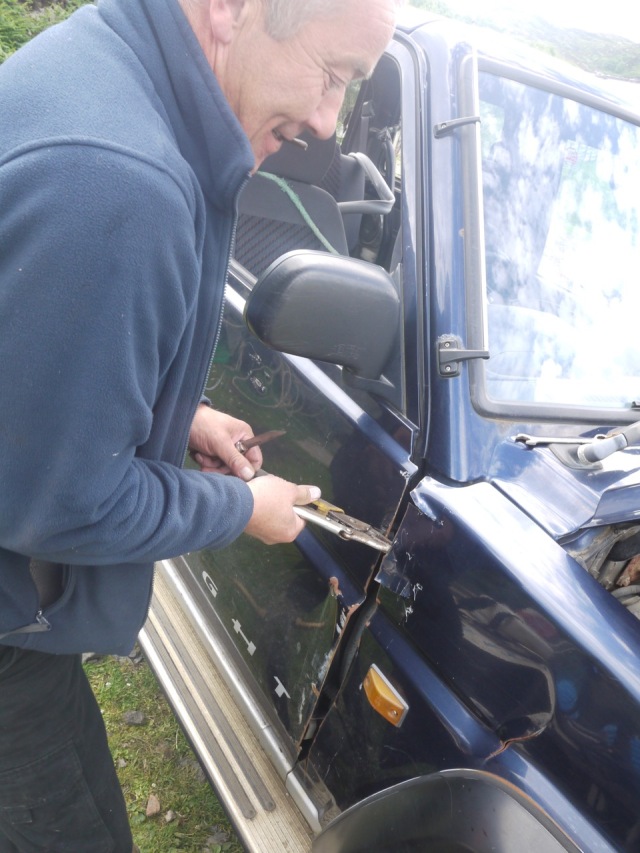 Ian may be particular with his door fitting but myself and Hugh are a bit more relaxed. We could not get into the hinge so? Simple, just cut a hole in the wing. We quickly welded up the hinge for the second time and hey, ho away we go. Door fixed. 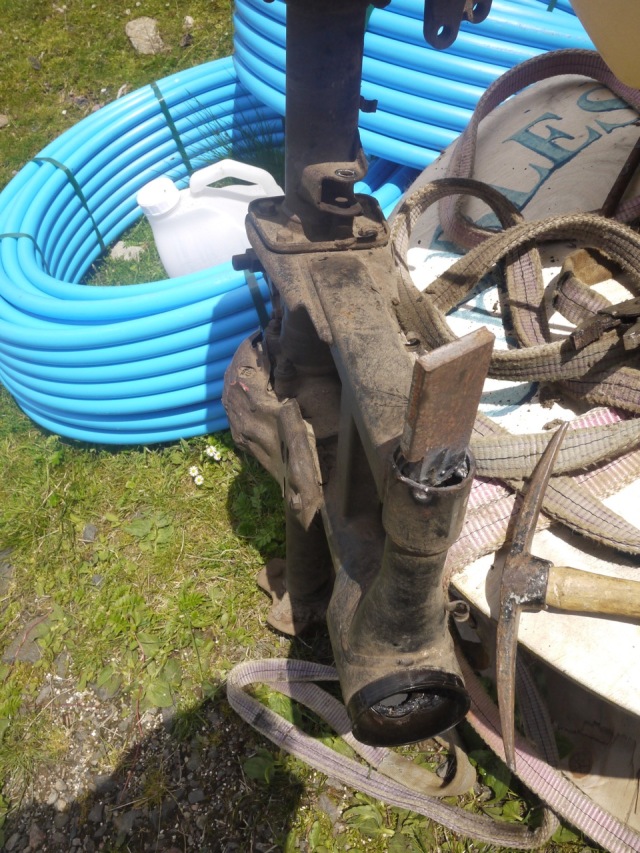 Been There Done That

Meanwhile, back to the bike swinging arm and as we had done this on many occasions it did not take too long although the remains of the bearing were stubborn to move.

Then There Was The Ceiling

It was all go and the last job for Ian before we would go fishing was the ceiling in the Lodge living room which had sprung a leak earlier in the year.

But What About The Plankton Bloom

More about the fishing tomorrow but the views and colours just now are pretty bright with the odd shower  clearing the air plus the bloom on the sea giving a fantastic turquoise colour.