I never get tired of the view, especially on days like this (below) but they are few and far between at this time of year.

As I post this the roof is getting a fair bit of a test with the gusts I just phoned Keith up top at the Qinetic Base who tells me that first thing this morning it was 92/120knt spike in the gusts !!!! It was ‘only 60knts’ as we spoke, then a grey bank of rain arrived and it cranked up another gear

This time last week I was in the larder butchering the two hinds I shot the previous week, a good job for this time of the year, out of the way and the radio on. Not too warm though.

2 Days in the Larder

Been a poor week of weather though with everything thrown at us but Gertrude was not as mad (here) as the predictions, (although I was just told there were gusts up in the high 90’s) no damage but it was out of the ‘right’ direction that helped. We even had a ferry in the middle of it on the only calm day.

Stuck my head out the door one day last week and thought I’m being watched, obviously living alone for the last couple of weeks on Rona I’m getting a bit freaky. But sure enough here was one of our many herons on look out, a real odd place to sit, not much fish up there.

Wednesday it was calm at last and we got a ferry, MV Aspire arrived with new crew for the day Mickey (hiding behind the IBC!). The fuel that we thought we had loads of has been getting used up pretty quick this winter, it has not been that cold but it has been very damp with so much rain. One day I will get it right but in the meantime we sent the IBC over to Portree for Kevin to get some DERV and kerosene. There was a load of mail which is always exciting plus two weeks papers, joy. 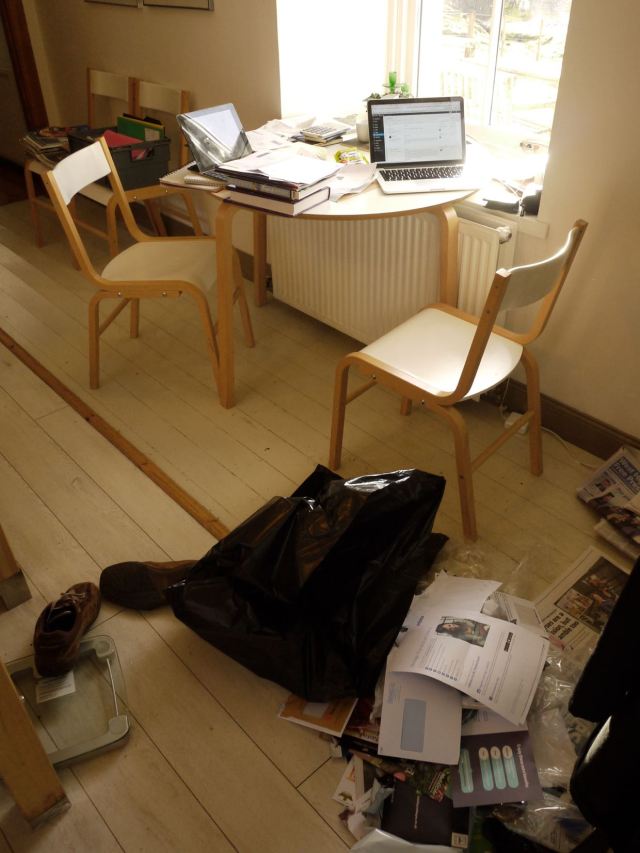 Kevin mentioned that the forecast was for a lot of rain so I thought I would head down the South path on the only dry day of the week and see if I could divert some of the water that is washing away all of Hugh’s work before the path got any worse. 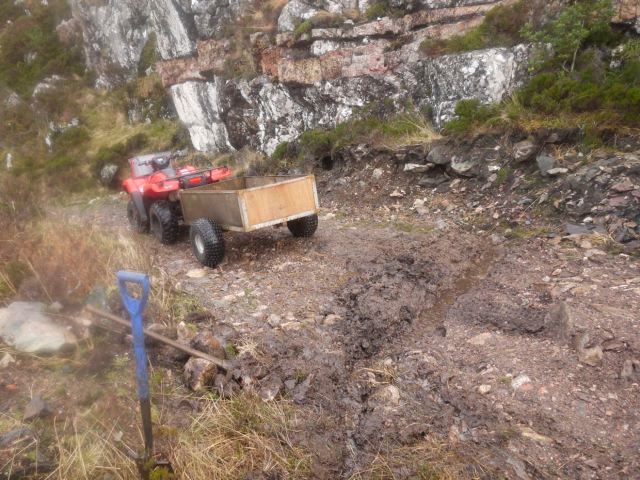 I put a ditch across the path in preparation for an Irish Drain to go in but it has not been dry enough since. Looking ahead it will be a few days before it will happen. Back to the pontoon to pick some of the delivery up and the tide was right for the 100 plus seals that have taken up winter residence in the harbour. It was a sure sign that there was bad weather coming when so many seals are filling up every perch 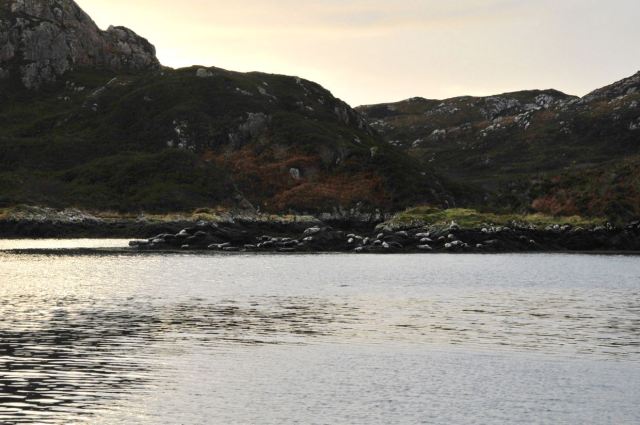 One or Two Seals

On the way back I spotted the first Oyster Catcher of the year,  they arrive I see around the 19th from my diary, usually after leaving I think in the end of September. I do not know where they go but they are pretty successful (noisy) breeders when they take up Summer residence.

The sheep are looking a bit miserable and always hungry so I let them in for a wee bite of the grass, they did not need much encouragement to mow down the inch or so poking out of the moss. 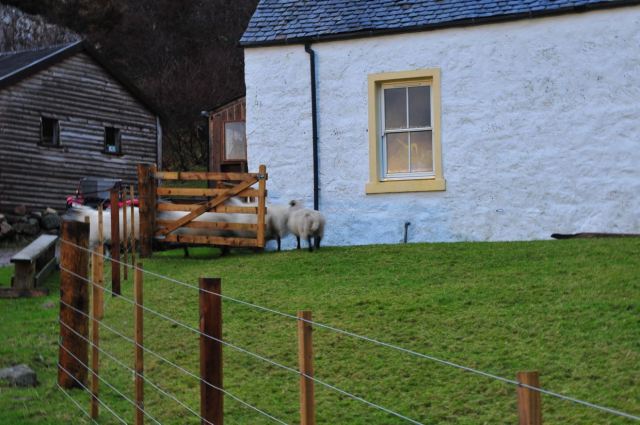 Back to the house and I had a net of Oranges that turned out to be Seville oranges, they were in danger of going rotten, I’d opened one of the Sunday magazines and here was a recipe for traditional marmalade. Nothing to loose, so I had a go at making it, first time ever and it worked. Pretty sticky job though, maybe I prefer digging drains!!!!!!!!

Of course next day, Thursday  the storm came through, pretty horrible it was for a while, lots of lightening, but the wind was more Westerly so not so much of a problem as we are pretty sheltered from that direction.

Start of the Day

Later on in the day it brightened up but it was a different story at Dry Harbour. (Much the same picture to-day but a little brighter in between the gusts).

The sea was pretty rough, but not too many big waves.

When the showers came through it really picked up though, it was a bit of a job to stay on my feet. 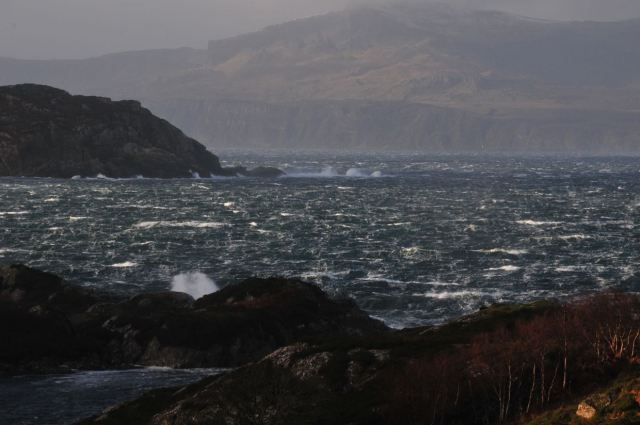 We even saw a bit of sunshine on the day later on.

On the way back from Dry Harbour the wind was rocking the old jeep. When the rain or hail comes it really has some power.

Yesterday it was back over to Dry Harbour, I have some Mink traps out that need to be checked every day. It is a long way of and I wish I had the ‘Big’ camera but here was one of our older stags sitting up on top of one of the hills surveying.

It is very difficult to get the perspective of the storm from photos but it is an incredible power that drives these storms, since they have been given names I think they will quickly go through the alphabet!!!! As we normally get a few big ones over the winter, the only noticeable thing is that the winter now seems to set in early November and end the middle of summer. 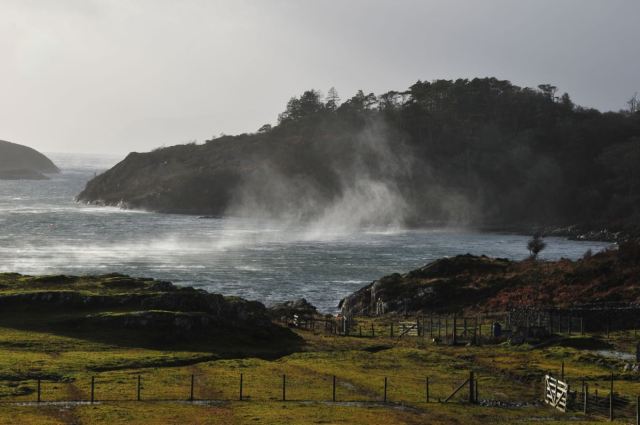