It has been a difficult few days, getting the news about the terrorist shootings in Paris was a bit of a shock. Friday 13th, a black day. This time last year we were passing through Paris on route to London, it makes you think just how lucky we are to live in such a safe place. We may moan about the weather, being stuck sometimes but in comparison to the threat all around. Rona is a good place to be.

Storm Abigail kicked off Thursday, we took a walk out in the ‘storm’, up to the top of the hill to see how much wind we had, only to find the new anemometer was kaput. We have been out in much worse, a bit of a let down.

The clouds were pretty spectacular though with the late break in the cloud. The forecasters had over upped the storm, I guess since it was their first ‘named’ storm we were expecting something special. 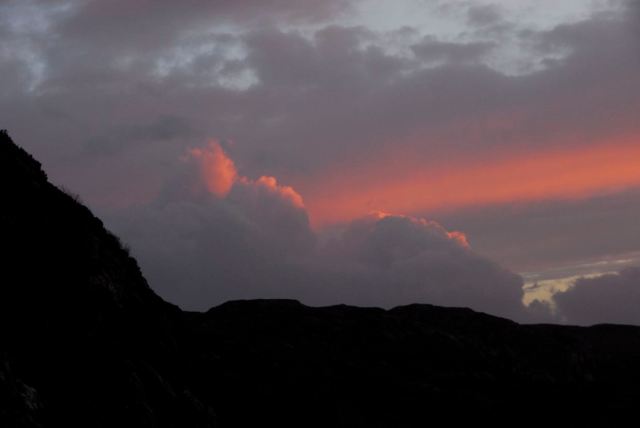 But, on an otherwise wet, grey and windy day it was good to get out of the house to stretch the legs and in a dry spell too.

Back to The House

The sun was really bright after a day when it never really got light at all, just briefly for all of half an hour, then it really got windy. 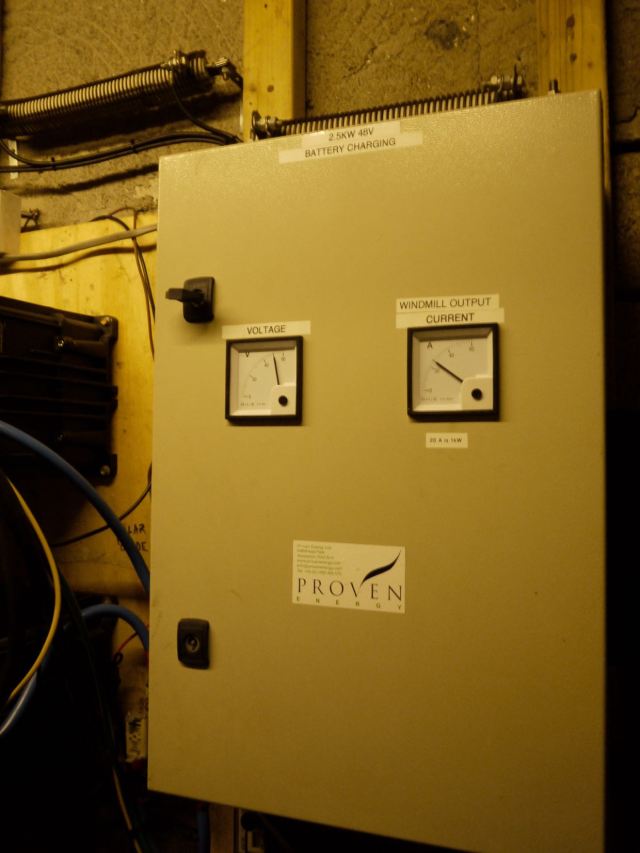 During the day it had been pretty blowy, the wind turbine was piling in the power to the batteries, in fact the genny has hardly been running lately.

During the day I was saying To Lorraine, what about a white board for writing up things, like this weeks food, or experiments? Having dinner she spotted the glass doors of the cupboards, ideal.

We were up sharp, keen to see if there was any damage. Just the usual suspects blown about but nothing much for the noisy night we had. 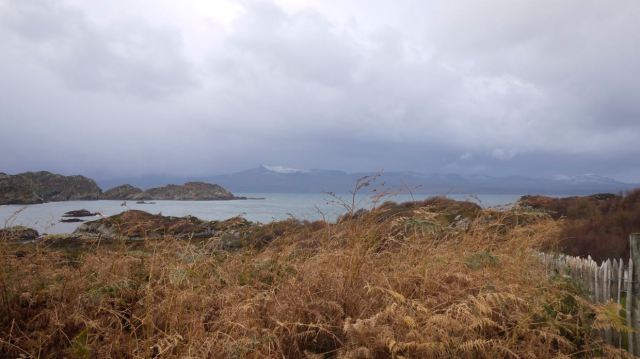 There was a bit of snow on the Torridon hills and above the Old Man too.

We were preparing lunch when this hind appeared out of nowhere, it went into the field and started wandering around, looked as if it was looking for something. Then took a run at the fence. But stopped, very strange. It took a few steps forward then back, all of a sudden it leapt over and disappeared into the forest. 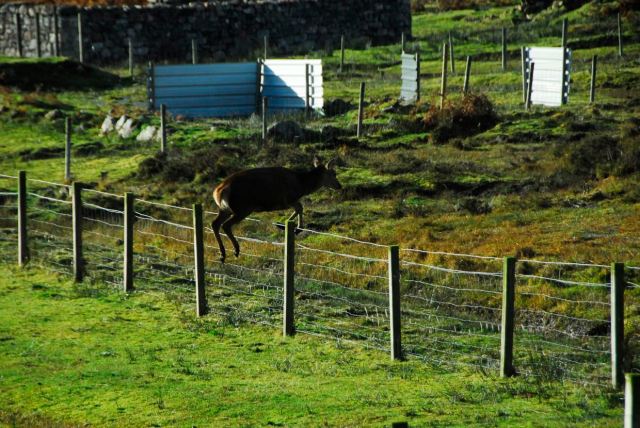 Friday morning I headed up North for the mail. As the weather forecast was looking unpredictable we thought it better to get our mail out via the Qinetic helicopter, we had some spares I needed and other bits and pieces. It was good to visit our neighbours, we have not been up too much this year

I did not take the rifle, it was the morning after the Paris attacks and I just did not have the heart for any killing that day. Of course I saw lots of deer but sometimes it is nice just to look at them.

Back to Rona Lodge at lunchtime then up to the larder to cut up the two hinds I got this last week. We are starting to get a few orders for our Xmas boxes we deliver to the mainland, with Xmas fast approaching it is better to get ahead. 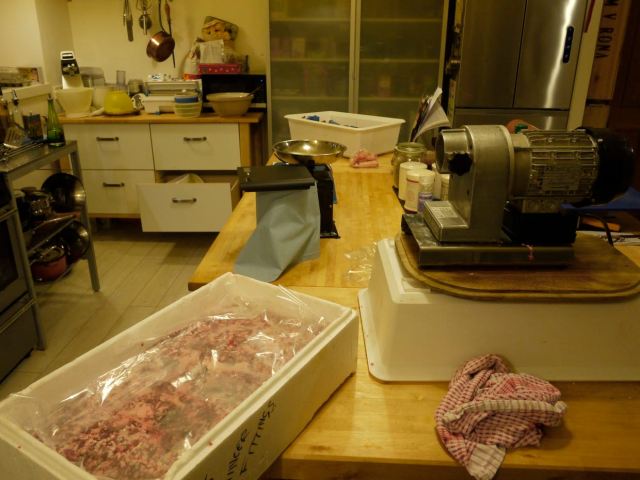 There are always a lot of off cuts, not so nice bits and fat, which is not usual on a red deer but at this time with winter approaching it was good to see that the deer had put some fat on. When we finish up everything else we mince all the poor bits and freeze it for delivering to Munlochy Animal Aid when we get off, the dogs certainly live well.

I think that yesterday was as windy as Abigail, speaking to Portree to-day, they were in agreement that it was just as windy but this time the storm had no name. I had been butchering up top trying to finish up but failed to finish, the door closed and the radio on. I had been standing all day so needed a walk, so I had a short walk down to the pontoon. It was not so bad at this time, at least the spindrift had stopped, but looking at my camera just now it was certainly about, it is covered in salt spray, don’t think that will be good for it.

I did see  the plate for the step onto the gangway had been caught yet again, the underside of the flap has square rod welded to it and if it comes off the plate then we have a problem, despite Hugh welding it up last year. I thought I would sort it out when it was dry, possibly Friday. But, when I went down later to-day I noticed the shoes it runs on were trapped below the corner of the main plate. So with more wind forecast for tomorrow there was nothing for it but to get the jack and try and sort it out. It is a real pest and I must find a better solution.

I got it back onto the plate and now after looking at for a while have decided on a course of action. One last job though, get the firewood into all the places we need it, most importantly for the cabin.