The Summer Struggles on.

Everyone is talking about it, the weather of course. Everyday the forecasts promise sunshine and every day it is grey, cold and invariably wet. When it is not wet and windy the slight rise in temperature gets the midgies going, they are not so bad this year which is a plus , but, when they do come they are making up for lost time.

Despite the weather the visitors still come, to-day it was the Brigadoon from Portree with a group of 10 walkers and the local ranger John Philips. They were here for a visit to Church Cave.

The Yachts are arriving in dribs and drabs, this Swedish yacht was here last night and was telling us that the weather was very much the same in Sweden. We were intrigued to see him put his chimney up to heat things up!! It is mid summer after all.

We were on our way out to Yacht Etoile, Jeremy, Cath and their dog Meg had invited us to dinner. Meg was our old spaniel, well we only had her for a short while and tried to get her to work but she had been too badly treated in a previous life. Cath’ offered her a home so as a pet you could not get better. 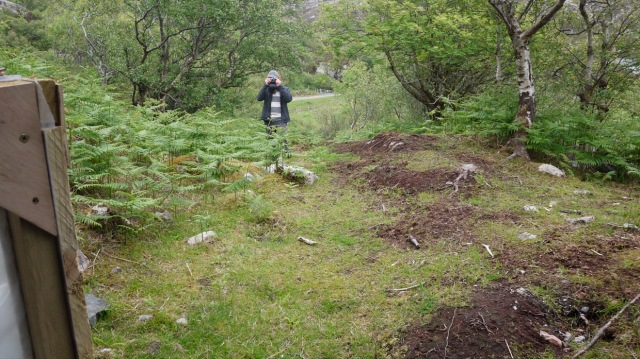 We were up at the cabin watching ‘Moby Dick’ late afternoon, it was  the 1956 release, before going out to dinner on their yacht, well worth a re-visit. We all enjoyed it and remark as to how well made it was for a 60 year old film. I hope they see whales on route to Stornoway to-day?

Jeremy and Cath’ had kept us company for a few days, as the weather was grim, better to have a few days on Rona rather than sail in the dreich weather. 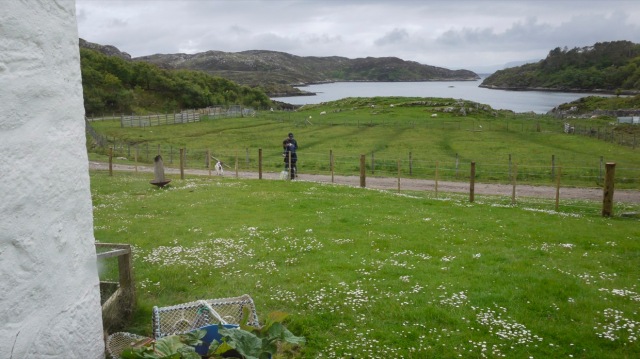 This is the spot where the phone signal is at its best, many grind to a halt here.

Last Sunday we had the Stardust with the Highland Biological group for a look around Rona too. Kenny was in on Tuesday with twelve from Shieldaig on the Seaflower, so the visitors are still coming. After this year possibly the knock on will be less people coming next year, who knows. As I write I see we have 5 yachts in the bay now, all just arrived, the last one the Hebridean Wildlife Trust is coming right into the anchorage. It has been sailing about all week I guess looking for whales.

The Biologists, looking Happy despite the Midge!!

The Biological Group had a long day,  Sunday on Rona, it was flat calm all day with plenty midgies to keep them company. Dan appeared on Stardust late in the day and quickly took them back to Portree. 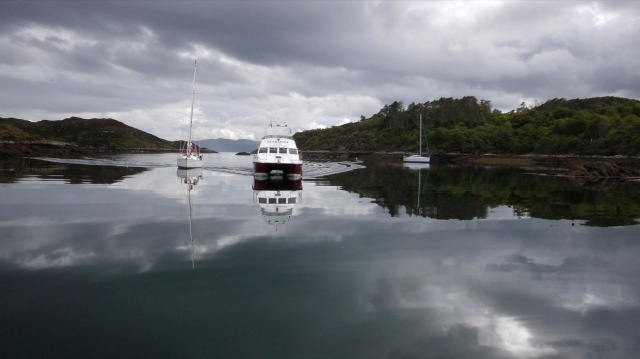 Dan delivered the Sunday papers which was great to get on the correct day for a change, they are usually a week late with the post, we had a quick chat, they turned around and went quickly home, no word of any wildlife out in the Sound of Raasay. Just a few Puffins.

There was not much more to do but clear up in the larder where I had been butchering all day, a good job with the door shut keeping the pests away, the radio on, perfect peace. 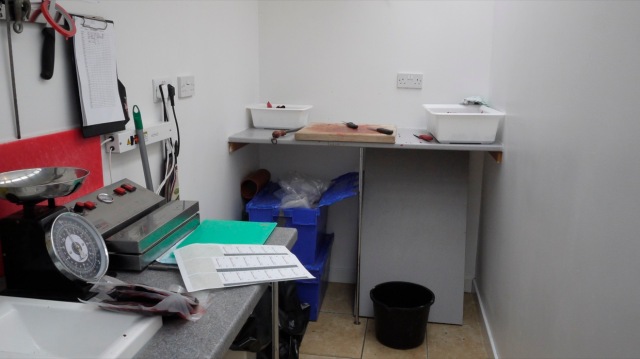 Now the Tidy Up.

We are going off to meet friends in FortWilliam then returning mid week so the head is down trying to get everything up to date before our guests visit. Roll on the summer (when it comes).