Saturday night and it is the last two episodes of the Danish Thriller on BBC 4, very apt!! I’m sitting here doing the blog waiting for it to start thinking of a header for the blog, well as I say very apt.

It has been a good week, good to get a hand from Mark, I’m sure he is exhausted with his weeks ‘holiday’. But for me it has been good to get help, we achieved lots, the weather has been in the main pretty good. We have seen many deer,  66 at the last count and some really good stags.

It was a dreich day on Thursday though, the hens were even sheltering under the table. 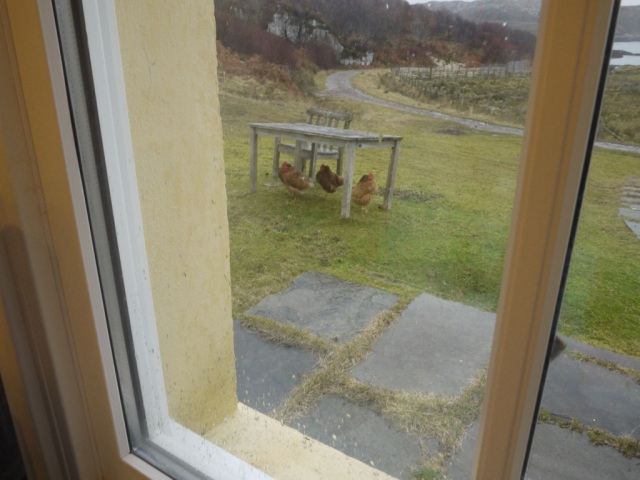 Even in the rain we got on with the cladding of the genny shed and of course we ran out of material but it was good to get ahead, the ground was not so muddy because it had been frozen solid, but it was messy. 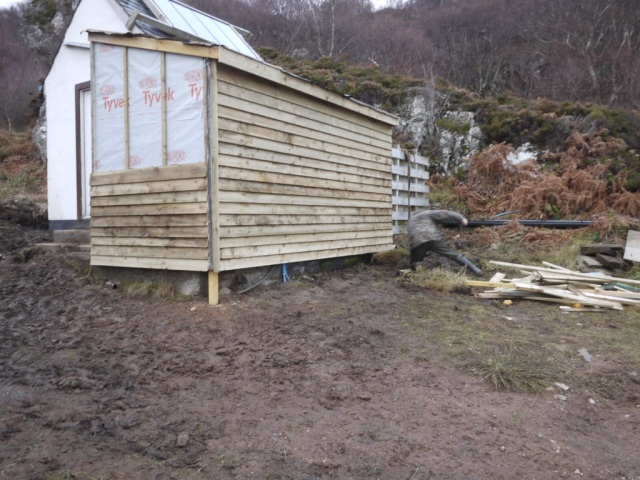 Mark Tidying Up The Edges

We had culled a couple of hinds on the Wednesday so we wanted to get the work done on the shed before Friday so that we could butcher up the hinds. A few hours on Friday morning got it all cleared up and measurements made for the next timber order via MV Spindrift, then Friday afternoon was spent cutting up the deer. 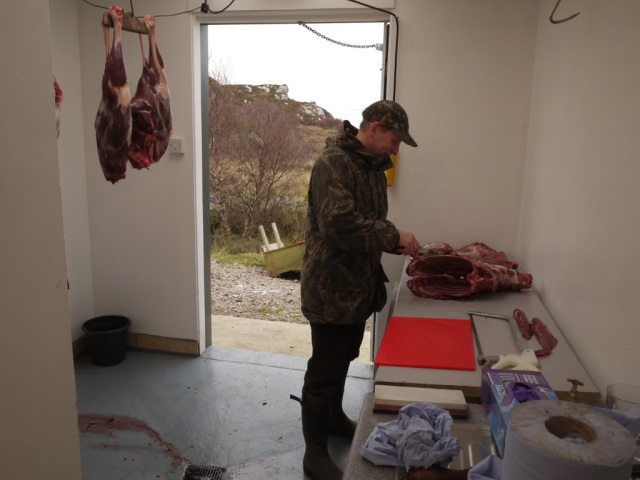 Everything was going so well until this morning. I sent Mark down to check on the hens and what did he find but four very dead chooks. They had had a visit from the Mink, even maybe an owl but the bottom line is they had had their day. Lorraine, of course was devastated, she had nurtured them but we do live in nature and of course are open to the whims of the passing predators. Now I have left the predators alone because I hoped they would leave us alone but if we want eggs we will have to start trapping.

We spent a bit of time trying to determine what killed them but it has been a long time since my pheasant days, when this type of morning scenario is unfortunately all to common, so I could not make up my mind. Common sense says Mink but the evidence says owl. We will see. We certainly have both here. 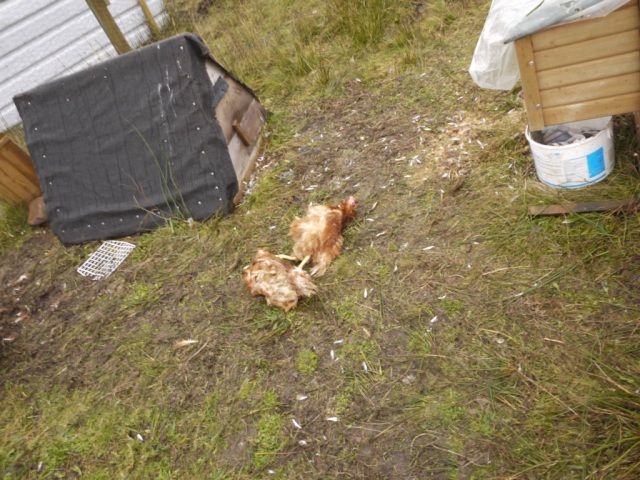 It was back to the drawing board after the clear up and burial,  we could beg some hens from Paul (Raasay Eggs) and I hope he has taken precautions because it is quite traumatic finding them like that. Or we could call the Skye Hen Man, it is winter so we may leave it until March.

Mark was despatched to the garage to make up some trap tunnels and Fenn traps are on their way. 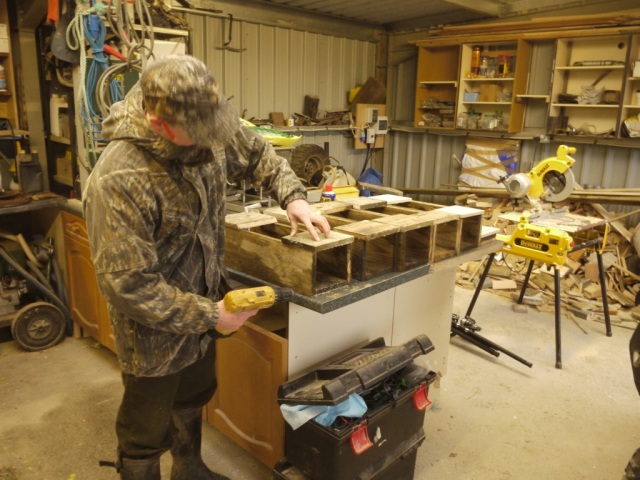 So it is back to being a gamekeeper.

After it all settled down, we took an hour or so to cut some firewood for the cottages. 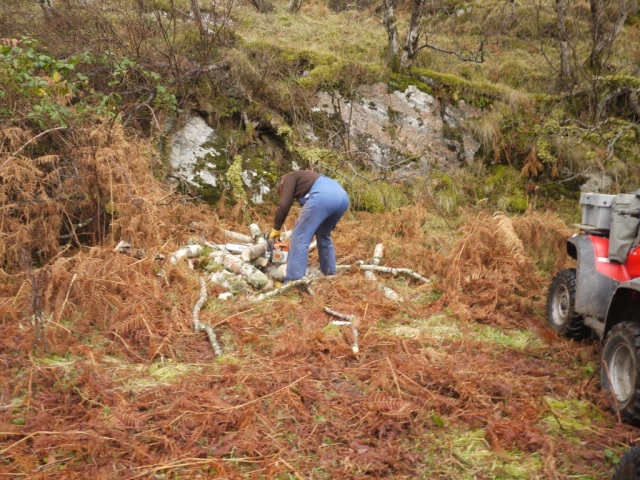 In the afternoon it was preparing for a visit to Portree tomorrow, Dentist on Monday to sort out the very temporary filling I got a week last Monday. it was supposed to last for a month at least!!

Once all the preparation were made for going away it was time to settle down for ‘The Killing’!!!!