Here’s a resume of the last couple of weeks, very quick I won’t bore you!!!

I left Rona two weeks ago, leaving Ian and Nicky in charge. 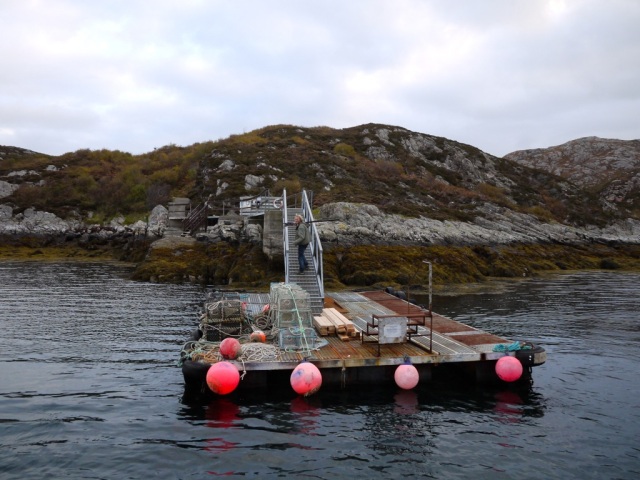 Ian took material for the porch, so he was straight into the work. The trip was good, Northerly, The Spindrift never missed a beat. On the way into Shieldaig I had to stop and take a picture of the colours and light on the trees, stunning, the pic’ doesn’t do it justice I think. 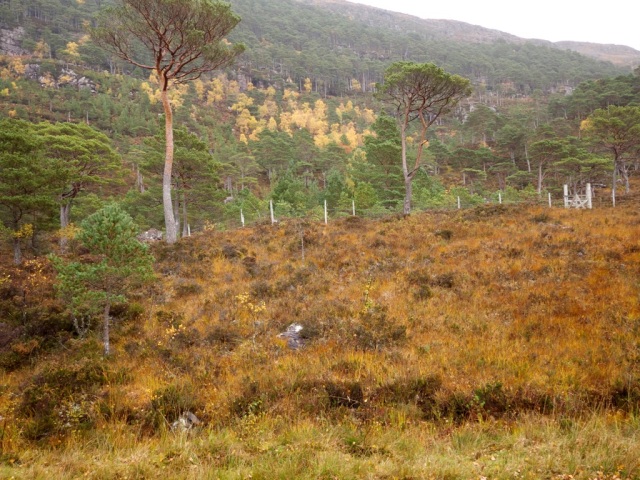 I had a good night in Shieldaig, dining at the Torridon Hotel, Scottish cuisine at its best. L was in Stroud so she missed the dining. We took off for Edinburgh next day, had to stop in ‘Bruar’ of course and who was there, Mike Raith, the laird of Perth and his wife L, buying another tweed jacket I think.

We picked up L in Waverly and headed out to South Queensferry for T. 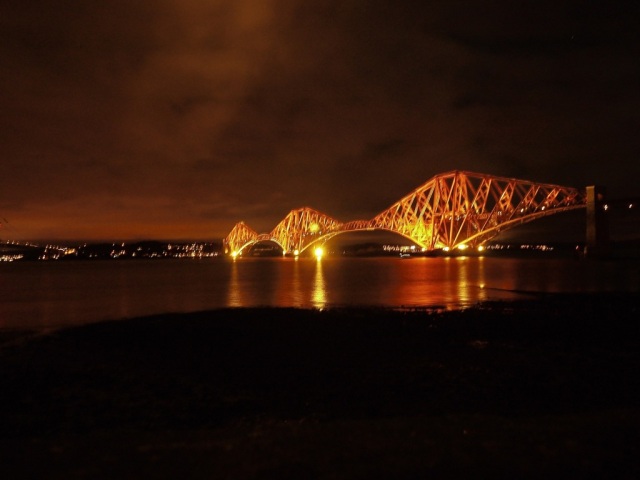 The Old Forth Railway Bridge.

Unfortunately next day we had the delights of Edinburgh airport for 6 hours, our plane was delayed due to snow in Oslo!! But the bag handlers were entertaining dropping the luggage all over the runway. 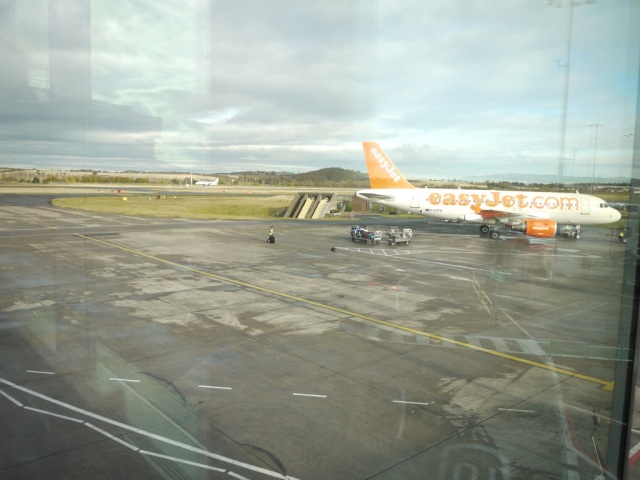 We got to Copenhagen late but had a wonderful hotel, The Neptune, next to Nyhavn where the bars were all decked out for halloween, very interesting scupltures. 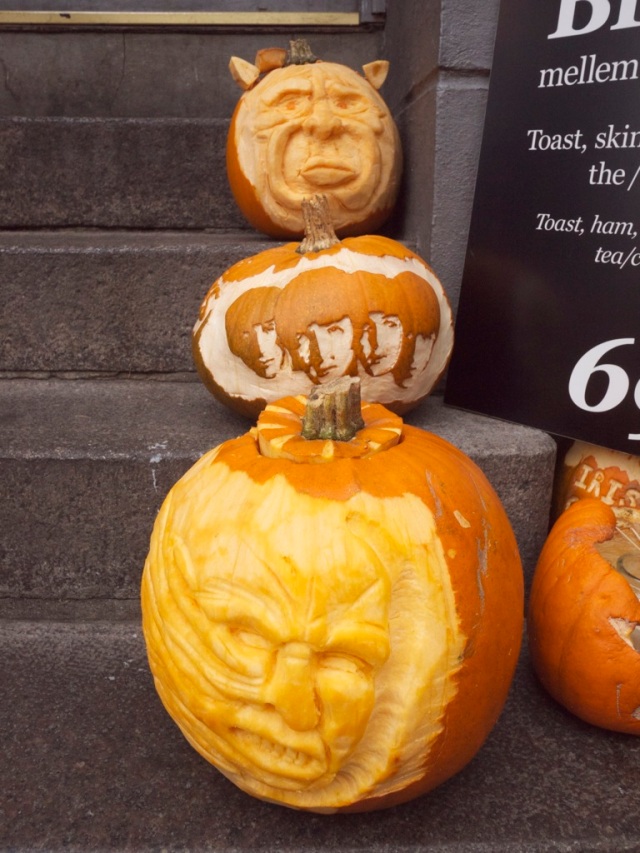 My Favourite was this one, the way we felt in Edinburgh Airport. 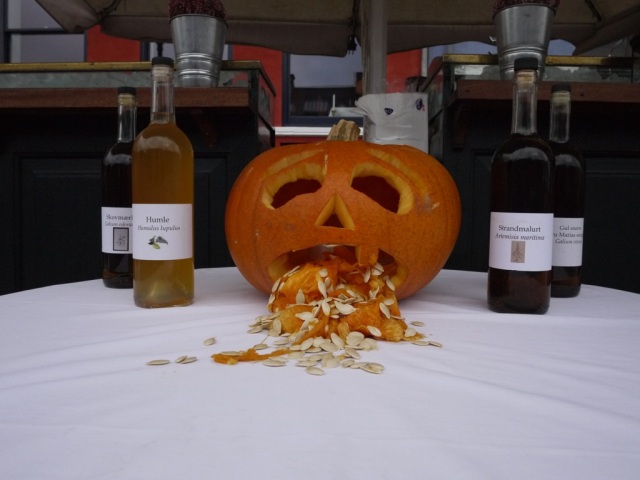 Denmark was fab, three days in Copenhagen, the rest in the country. We went to Skagen, incredible and walked right out to the end of the North of Denmark. We had one foot in the North sea, one in the Baltic, the waves were just mad where the seas meet and it was a calm day! 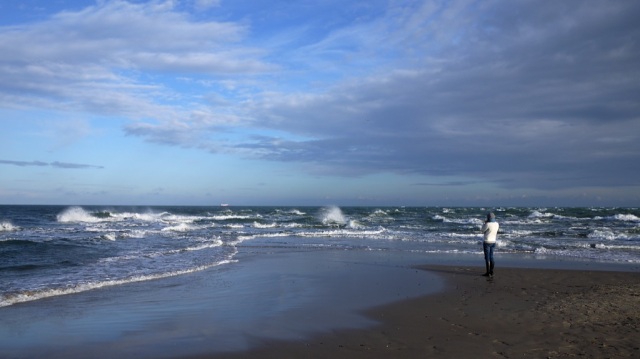 We stayed in the Ruth’s Hotel, fabulous, like having the best hotel ever on the Uist Machair, kid you not. Very pretty place but unfortunately only for one day. Next day of to Sealand again. 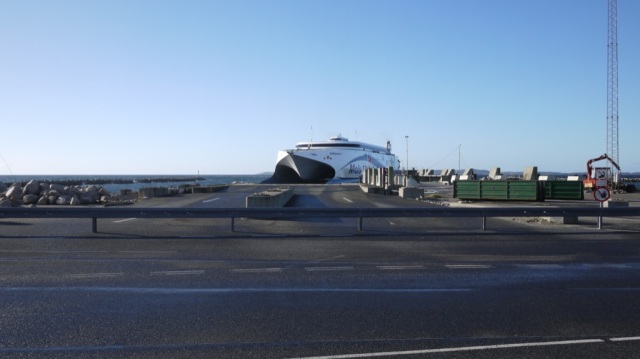 The ferry was something else, £60 for the car + 4 Cal Mac take note. The journey took 1 hour the Cat was cruising at 38knots, it felt like you were on a plane. Next day we left Copenhagen for home, sad to leave but the wallet needed a rest.

We made it to Portree at 6ish but then the trouble started. I just finished my fish and chips  a third of the way there when the boat started to miss a beat. In the dark and with a lively sea, after a few more misses it was decided to, quite rightly, turn back. That was a pity because Monday night was the weather window. We headed back to Shieldaig for a nights sleep then made a second attempt in the morning.

We got out to Fearnamhor when the sea really started to perform, the waves were too high for a stable journey so, for the second time we turned back.

Nothing for it but back to Inverness and with the forecast it looked like a couple of shopping days. Fortunately my sisters house was free so we camped out there making full use of her wash machine. Thursday looked good so back to Shieldaig and as we left MV Spindrift called. They were out on sea trials and were doing ok, so they headed up to Rona to pick up Ian and Nicky. We missed them but found Rona well looked after.

Back to to-day, Saturday. That’s all history now and very quickly we are back to the grind. The cold I picked up on the plane has gone and the list of work is getting longer. We had visitors to the cottages to-day, the weather was kind and in between ferries I started to make the cover for the cooler. It needs air around it when we are using it for the deer chill but over the winter the rain and salt air would take its toll. 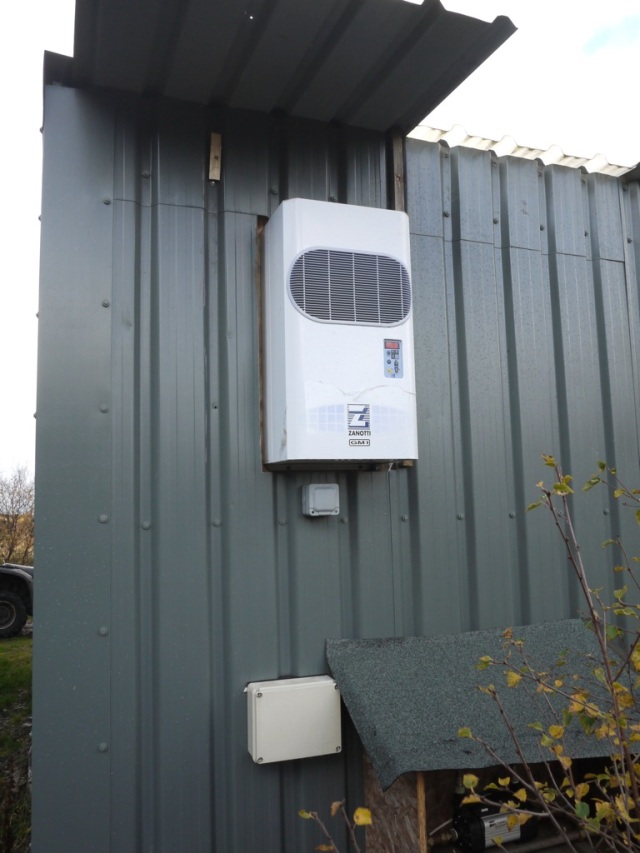 As well as that I was trying to find the leak in the chalet windows. These were recycled from the house and after much scraping and scratching of the head I figured that Ian had put the frames upside down when he fitted them, because the tops were in better order so would last longer. BUT the putty had not been replaced when the rest had so the rain was leaking in past the dried out seal, I hope. We’ll see tomorrow, there is much rain forecast. 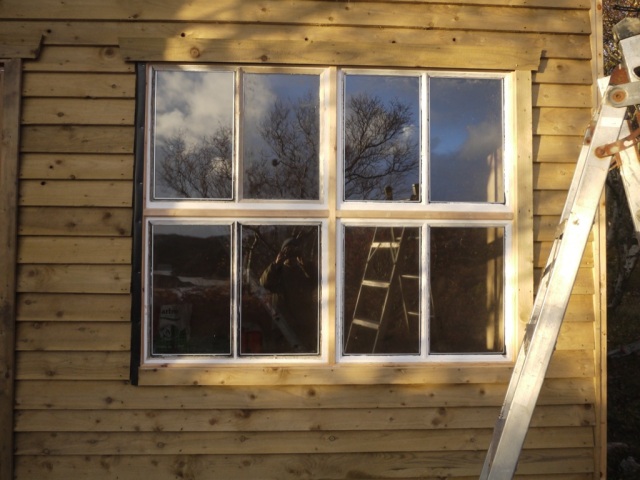 That’s about it for now, not so quick I guess. A full week next week so here’s hoping for a good day tomorrow when the winter fuel arrives.