Last week I signed off looking forward to a few days off. Our break started well with some lovely scenery to never get tired off looking at, even in the rain. 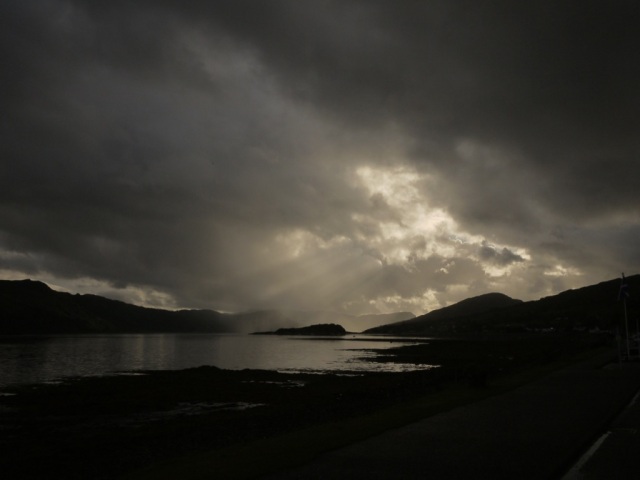 Then it was over to Kenny and Linda Livingstones for the night, but ever one to source things, I had reminded Kenny we needed a couple of IBC’s (Industrial Bulk Containers) and hey presto up at the smolt farm they had lots. Netter than £65 from HIS, Inverness.

After a lovely evening and meal we slept well and headed early to Inverness, unfortunately L took a reaction to an early evening scallop and was sick all day so I abandoned her at my sister’s house in Strathpeffer and went to Inverness for boys stuff. I had to meet up with my Grandaughter and Mum and Dad. l was annoyed she missed the birthday tea but was up and running the next day.

For a treat I took L to Findhorn, calling at the Foundation but as ever it gets increasingly commercial but I guess they have to make pounds somehow as it won’t run for free. I always think it is surreal to pass the Nimrods at RAF Kinloss then head into the spiritual home of the Foundation!!!

Could Be The Carribean

The weather was fabulous and the beach almost deserted, after a wee walk it was back to the serious business of shopping. A late dash to the new ASDA’s was a lot better than we were led to believe, it’s almost worth going for the view. We then headed into the hills at Abriachan to visit Nicky and Ian for T but the pictures are blurred, I guess I was tired, we had been rushing but luckily the tea wasn’t burnt with us being 1 hour late!!!!

Next day it was off back to Rona but with Liz my sis’ and my German friends from Frankfurt. They are holidaying at Contin but were happy to be over for a few days. 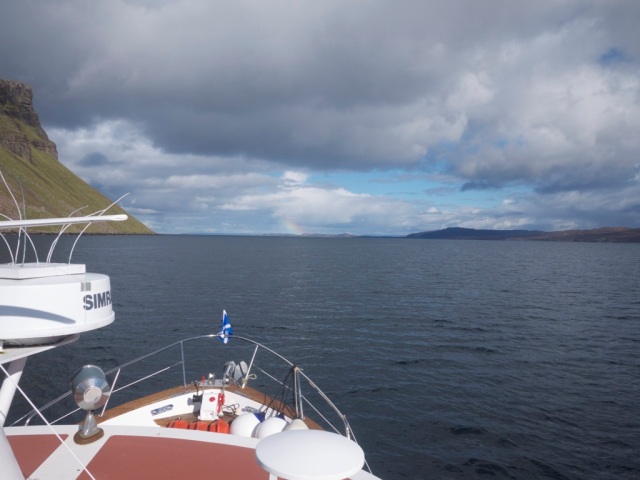 We had a lovely sail but on arrival Kevin spotted no lights so a worrying dash up to the gennyshed was met with red error lights. That was disappointing but after emptying the boat it was down to business. It became clear that there was a serious problem so the back up genny was pressed into service. The next day a fruitless search through all menus and resets proved that this was serious, so many phonecalls later we settled it with back up and awaited prices for a new inverter. Norbert my German pal is a retired engineer and loves nothing better than a few jobs on Rona, this time it was making a pin for the front forks of the loader on the JCB. Many hours later we had not only sorted that but many other jobs to do, so all in all a successful day.

Oh and a Yacht came in at night, a late visitor who turned out to be Seonachan MacLeod from Breakish on Yacht Seonas. That will be 385 yacht nights on Rona this year.

The next day was fishing day and after weeks of bad weather i was able to lift my creels. The lobsters were plenty full, but only two keepers. When I got to the pot I turned the ‘big’ one over just as he was going into the pot only to find lots of berries (eggs) so i hurriedly shot down to the pontoon and let her go!! 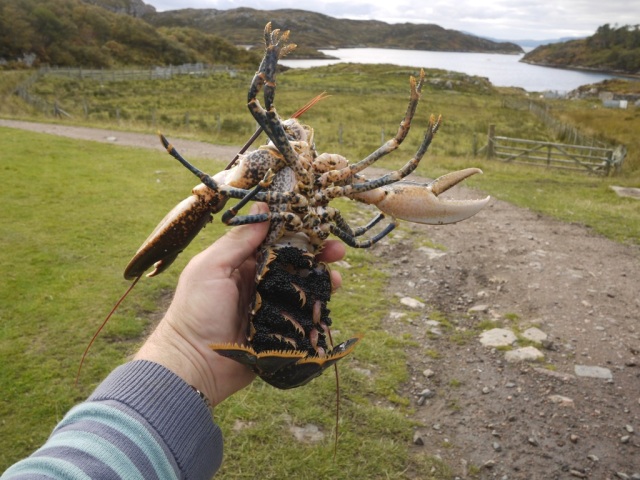 Out on the boat we spied quite a few deer, some nice stags and on our return to shore who was there to greet us just above the pontoon but our Master stag, he had been in full voice overnight but now he was quietly guarding his hinds. No fear of us, he knows he’s safe!! 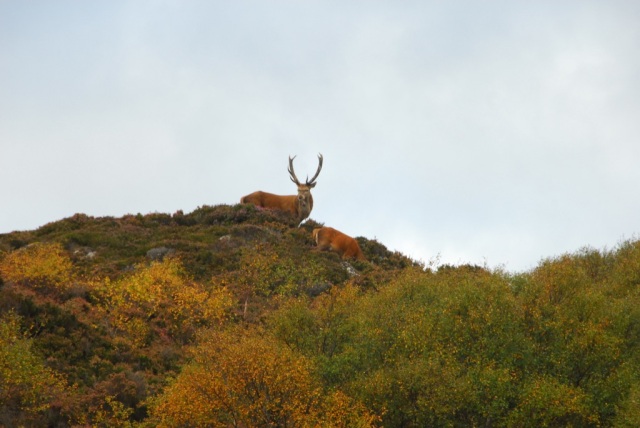 Later that Day my guests departed and it was down to work. The chalet/summer house/bird hide/shed is almost finished and a sweep out was required.

We’re really looking forward to welcoming the Danish visitors next week into it for a seat around the table and of course a beer, enjoying the view.

This morning (Tuesday 9th) we got up to the sound of rutting stags (again) and looked out the window, here was the Boss, staking out his territory yet again.

Did I Miss You?

Must be thirsty work, I think.

After the excitement of our early visitors it was back to the generator/inverter. Bill Steele our Lister man who installed the Trace inverter we have suggested trying a different feed in the reverting to the old generator feed in. This I did and hey presto the Inverter ‘seems’ to be working but after the carry on this weekend I think it is about time we upgraded the system so more quotes and more expense I foresee.

It has been a better day and Kenny and Gemma were here on the Seaflower with guests, first time for a while, good to see them and their passengers were very keen to try Rona venison. So more sales to-day.

We are off to Edinburgh to pick up Danes on Saturday so it is all a rush to get the house in order. looking forward to the trip but first of all we have a list as long as your arms.