We are back and normal service has resumed. There is a full gale out there, two yachts holed up in the bay and I see that the ferries all over the West are disrupted. Just a normal summer Saturday. However, reflecting on the past week and the short break on Orkney is enough to make the storm enjoyable.

We had a good trip away, made better when Lorraine spotted two basking sharks en route to Portree, the first this year. We headed over to Shieldaig and spent an enjoyable evening with Kenny and Linda. In the morning we took off to Inverness and called to see Julia (Whirlygig Beetles and Tackety Boots) who was on good form despite having a tough time lately having been in hospital a couple of weeks back. We were hearing about the shortage of carers but happily enough that has been sorted out but it seems it is a huge problem in the Highlands with a fair percentage of the elderly population requiring help.

We had a few minutes to spare so we called on my Grand Daughter who was having Sunday breakfast out, very busy with her iphone (1 year 10 months old!!!).

Back on the road and the showers were pretty big but we managed to miss them. The traffic was not too bad, in fact quiet for August. 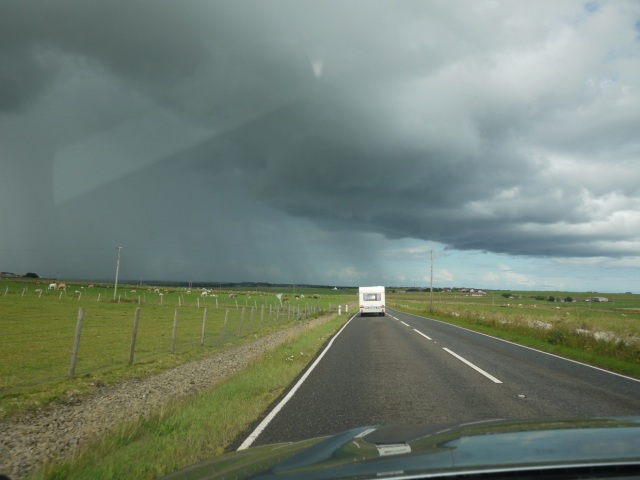 After a prowl about john o Groats and the lighthouse the ‘Pentalina’ arrived and we were off to Orkney. 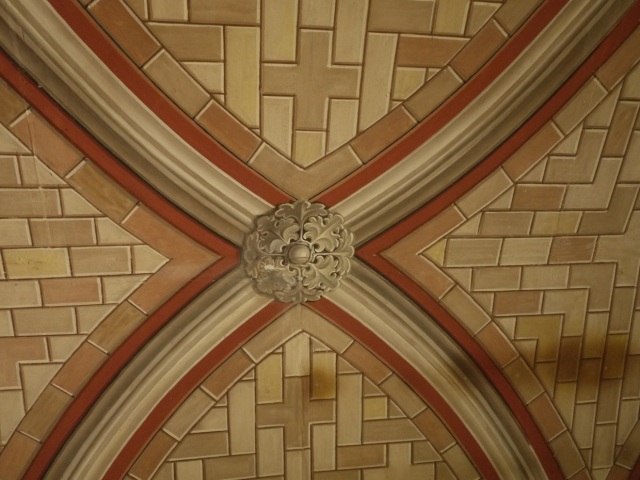 We had been before but it is always worth a visit to the main attractions and the Italian chapel never disappoints. Incredible to look at. The picture above is the ceiling but only painted. Our hotel was in Dounby and we had to pass the village of ‘Twatt’.

Kenny took the photo and I think was laughing a lot. We headed to Birsay first but could not get over to the Broch.

Apart from the overflowing bins the visit was fantastic and the food and people could not have been better. Must go back soon. All too soon we were heading back to St Margarets Hope and had a late afternoon sail over to Gills Bay, much calmer than Sunday’s.

Looking Over To Hoy

We met up with L’s brother and son in Inverness and headed home, the traffic was horrendous but after one of the longest drives yet to Portree we got there and had a very pleasant sail back only stopping to clean the seaweed out of the water intake. 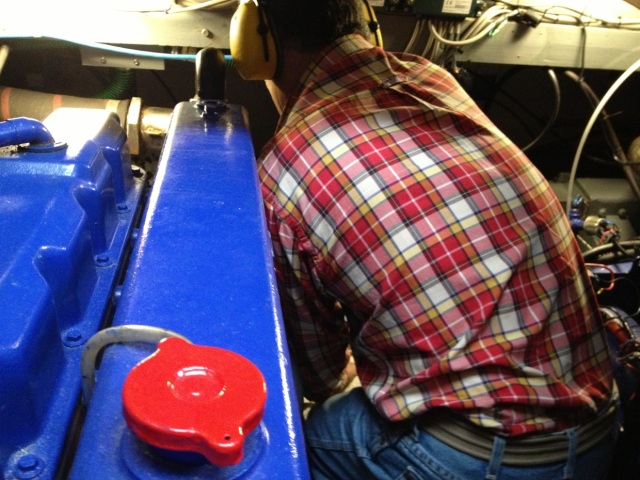 We had also picked up visitors for the cottages and Calum was waiting to take them over. It had turned a bit dreich but it soon passed. 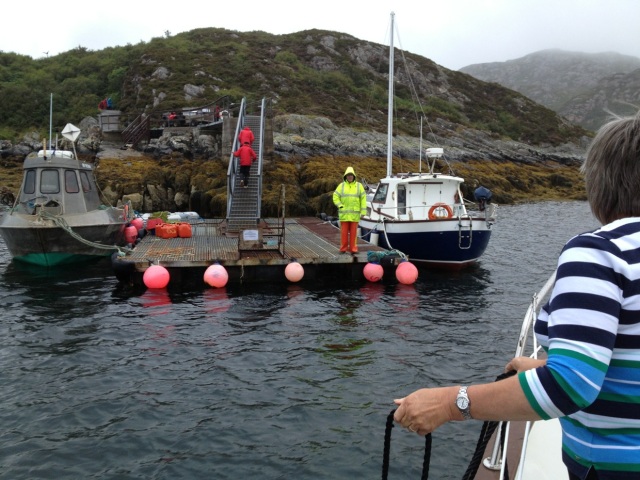 Next day was L’s birthday so we got our jobs out of the way and started the celebrations with a de-brief in the chalet.

We had fished the creels earlier and after the chalet drinks we retired to the house for a seafood evening.

Craig and his family were having a good week in Escape but were waiting for us to return so that we could go out fishing. We got out Thursday and caught some makerel, we were just turning the boat when I spotted an otter, Craig has promised photos so we will have them soon. It was probably one of the best sightings of a young otter we have ever had. 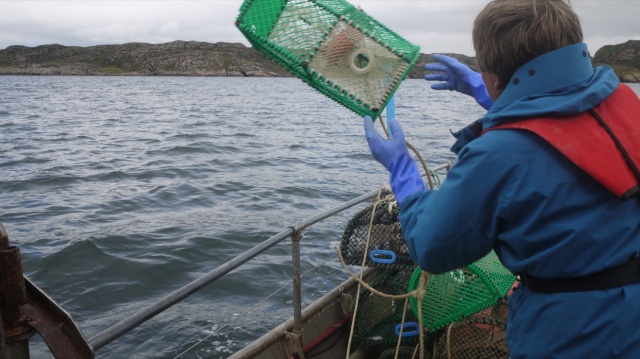 That night we studied the forecast and it did not look good for Saturday so with much phoning about the decision was made to get the changeover done on Friday, Craig was going on to Harris but I see that the ferry there is having trouble to-day, no doubt we will hear in due course. We had a foreign journalist visiting on Friday and Pam and Kevin were taking him out on a day trip, unfortunately their ‘trippers’ let them down and they only had Etienne aboard. Just before they arrived a Dutch yacht came in and anchored, when I shouted to him he had anchored on the mooring, he shouted out where? I said look behind you.

He quickly moved but decided to use it, which was the wisest thing considering the forecast. Etienne the journalist  was writing a piece for a travel magazine and was very interested in the Rona Whisky. So we had to have a tasting at 12 o’clock, not quite wine o’clock but near enough. 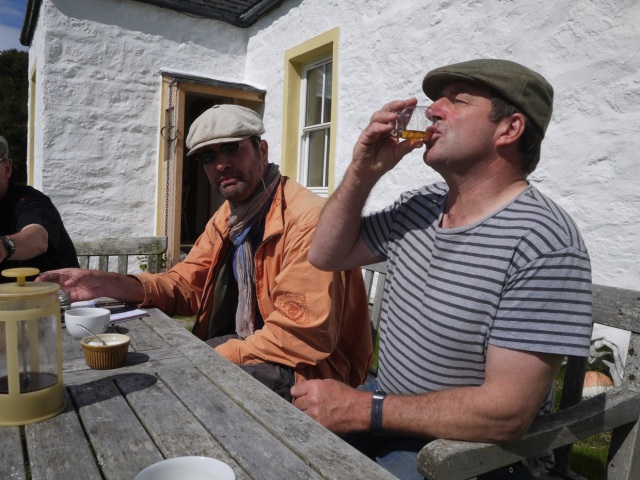 It was a beautiful day yesterday and it is hard to believe as I write this and listen to Stornoway coastgaurd getting messages about stricken yachts bursting moorings in gale force conditions. Later in the afternoon Pam and Kevin returned, their last trip for a wee while we hope to see them back soon.

It was a late night after getting the new guests installed and we were having dinner after 9pm which is a bit late. The good bit was the long lie this morning.