Running Out Of Time!!

That seems to be the way these last few days, trying to get the place up to speed with the impending ice age about to hit us is quite a struggle. Trying to bury pipes on rocky Rona is quite testing. However I did get the most of the work completed at the genny shed, Big Harbour to-day.

It doesn’t look like much but the cables and water pipe are buried under that lot. There was so much water it was pretty impossible to level it but it will dry out. as you can see it was a very bright sunny day, cold though, with no drying.

I am off the island again tomorrow to pick up L in Inverness via the Dentist in Kyle. Added to that I’m sure the road conditions will be interesting!!

The rest of the day here was spent catching up on a million jobs and of course I never got them all finished. I looked for three missing sheep after lunch walking all around the outrun but no sign, just some interesting waves on the West side. 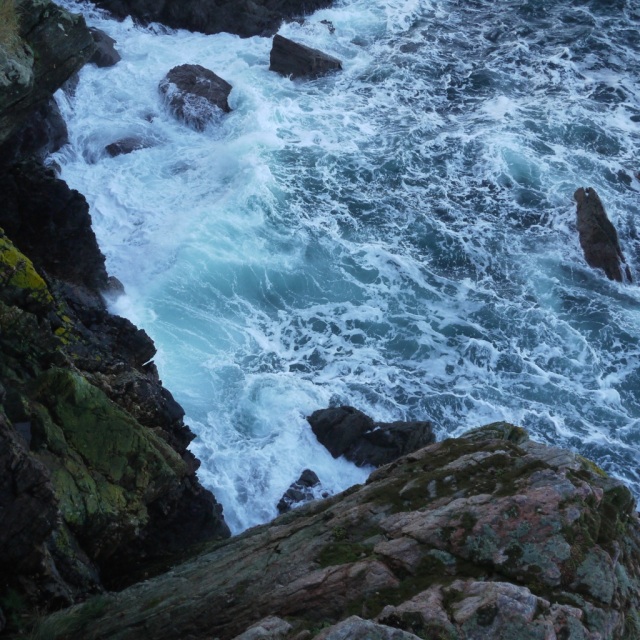 This on the edge of the cliffs where the sheep feed on the ledges when they are hungry, we lost two here last year and one was stuck for a long time, although I did manage to rescue it. It was so light  I picked it up by the scruff of the neck and carried it 25 metres over the rocks.

Later on in the day when I was picking up the timber Kevin brought over last week (at last) I saw three pairs of eyes across the bay in the headlights of the bike (it was dark), South of the outrun, and they were not deer. I’ll probably see my missing sheep  from the boat tomorrow.

I took a run over to Dry Harbour to check it out after the sheep search as I was going off and again saw loads of deer, quite unconcerned they were. Then it was back to BH to take a picture of the wiring inside the windmill control box as I had a wire pop out yesterday and didn’t know where it came from. So a quick photo and email to Hugh at Scoraig Wind should re assure me that I haven’t put it back in the wrong place. 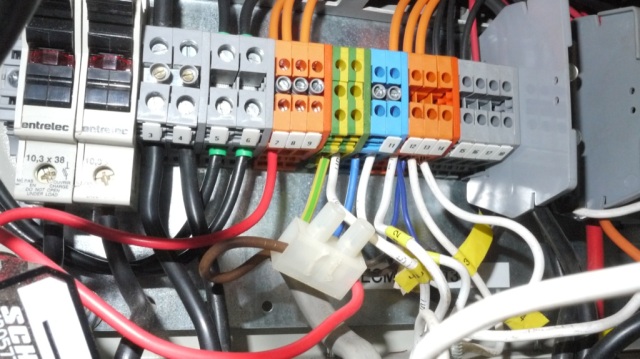 I got a wee bit of the cladding on the genny shed, this is an attempt to stop the dampness inside as it isn’t very helpful to have a damp environment inside as well as outside the building. this has been ongoing but I’m definitely going to sort it this winter. It was a lovely night as the sun went down and not even cold later on, I guess the sun warmed it up a bit but I thought there may be snow coming. Sure enough on the TV tonight the BBC are saying just that.

just on dark I fed the sheep and who came down from the forest but ‘Julie’ the ‘pet’ hind. We hadn’t seen Julie for months and presumed she was dead but there she was, as bold as brass and I held up some sheep feed and she came straight to me eating out of my hand, more pictures later I hope. She must have heard me calling the sheep (we’ve only started feeding them) and she knew what that meant, free food.

I’m off tomorrow so better get a move on or MV Spindrift will be here.